Escort's radar detectors are designed to be very user-friendly and easy to use. Their detectors do a good job at catering to the everyday driver who wants a plug-and-play radar detector, without necessarily needing to be a radar detector expert. It's for that reason that even though there are many different brands of detectors, I've often recommended Escort radar detectors to friends and even my own family. 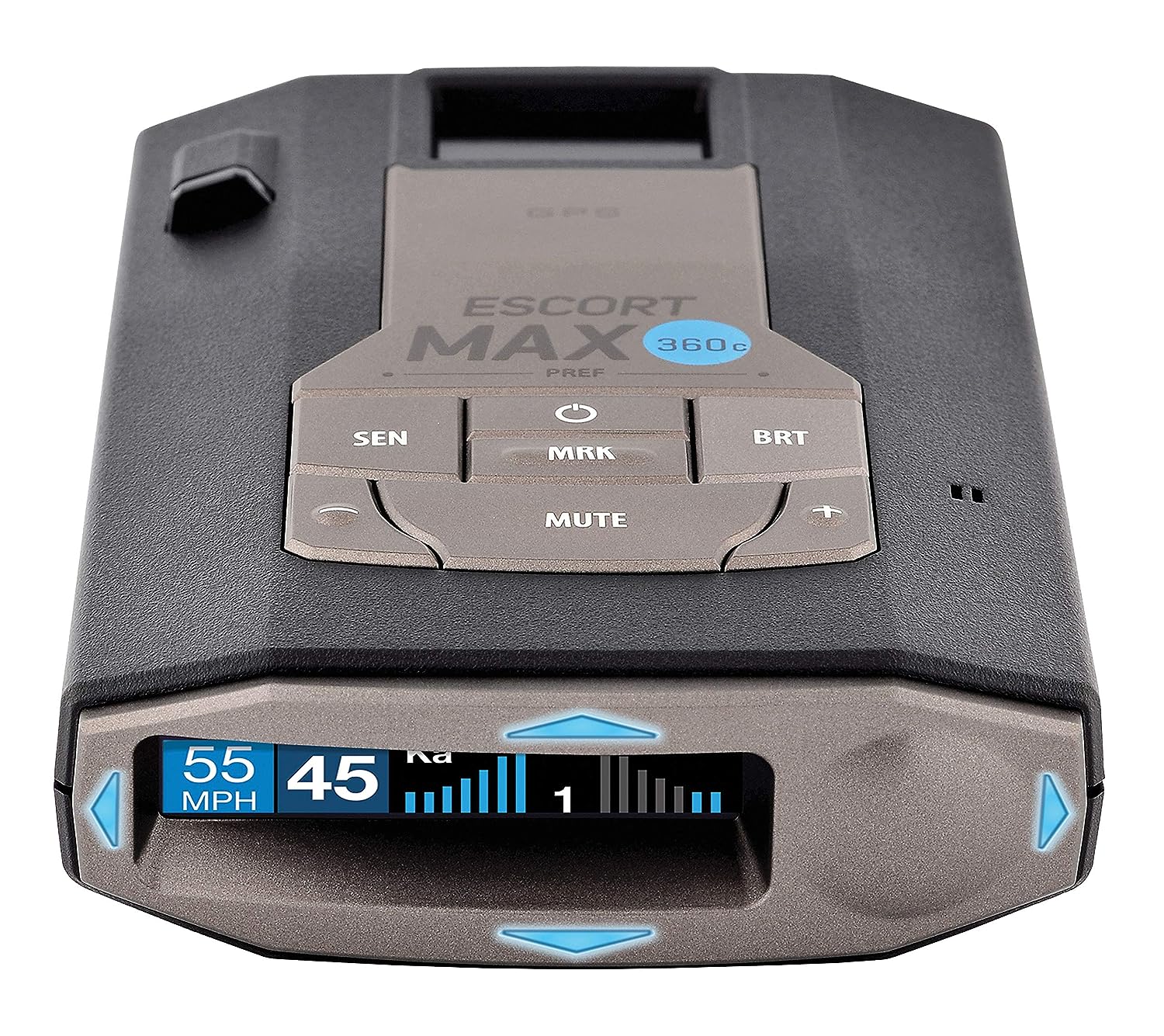 Check Latest Price
Summary
The best affordable Escort radar detector.
Pros
Great performance, filtering, and features for the money.
Cons
No arrows. In the process of being discontinued so won’t be available for long.
Honorable Mention

Next, let's take a look at custom installed radar detectors. Instead of attaching a little box to your windshield, these radar detectors are installed somewhere around the grill area of your vehicle. Inside the cabin you have a display, controller, and speaker which is much easier to tuck away and blend into your vehicle, giving you a more OEM look.

Custom installed detectors ultimately give you a much cleaner install, they don't leave anything sitting on the windshield and visible to potential thieves or law enforcement, and sometimes they're actually necessary for people who drive higher-end vehicles with heated windshields that block any sort of RF signals like GPS signals, toll passes, as well as police radar. In these instances, a custom installed detector would be the way to go.

Now they are more expensive than windshield mounts. Instead of ~$200-650, we're looking at $1,400-$2,400, plus the cost of professional installation. These are undoubtedly more expensive and more involved to install, but provide a very clean and custom looking install once all is said and done.

Radar detectors are fantastic for radar, but they provide little real-world protection against police officers using a laser. Unlike with radar, you generally don't get any advanced warning if an officer is using a laser. By the time they shoot you and your radar detector goes off, he already has your speed. That's assuming it even goes off in the first place. Sometimes it won't because laser is such a thin beam of light and hard to detect. Realistically though, a laser sensor in a radar detector is effectively a speeding ticket notifier.

To properly combat laser, you're going to need a laser jammer. Unlike a radar detector that simply detects laser, a laser jammer detects laser and then actively fires back and jams the police officer's laser gun, temporarily preventing him from getting your speed. This provides you a few seconds to slow down, disable your jammers, and allow him to get your speed doing the speed limit.

Note: Laser jammers are illegal in several states. (Read more about laser jammer laws.) In areas where jammers are prohibited, you can rely more on Escort Live (and similar apps like Waze) that will alert you when officers shoot other drivers ahead of you who are also running the app. In order to protect yourself when you get shot, you will need to equip yourself with your own set of laser jammers.

If you'd like to get laser jammers for your vehicle, which Escort refers to as laser "shifters," even though they're the exact same thing (po-tay-to, po-tah-to), there are several versions available that can plug into your radar detector and add proper laser protection. If you get Escort's shifters with the custom installed radar detectors, Escort calls them the ShifterMax. If you go for the shifters which can integrate with a windshield mount a radar detector, there's the ZR5 and ZW5. In terms of jamming capabilities, they all perform the same.

If you were to ask which setup was the "best," looking across Escort's offerings, I would say that it would be a combination of the Escort Max 360c on your windshield paired with the ZW5 laser shifter in your grill or the ZR5 instead if you also want rear protection. In fact that Max 360c / ZW5 combo is the exact setup that I run in my wife's car and it works great. In my car, my preferred detector is Max Ci 360.

No one setup is the best for everyone to pick what best suits you and enjoy. Once you purchase, be sure to check out my radar detector setup tutorials to learn how to set up and use your new radar detector.