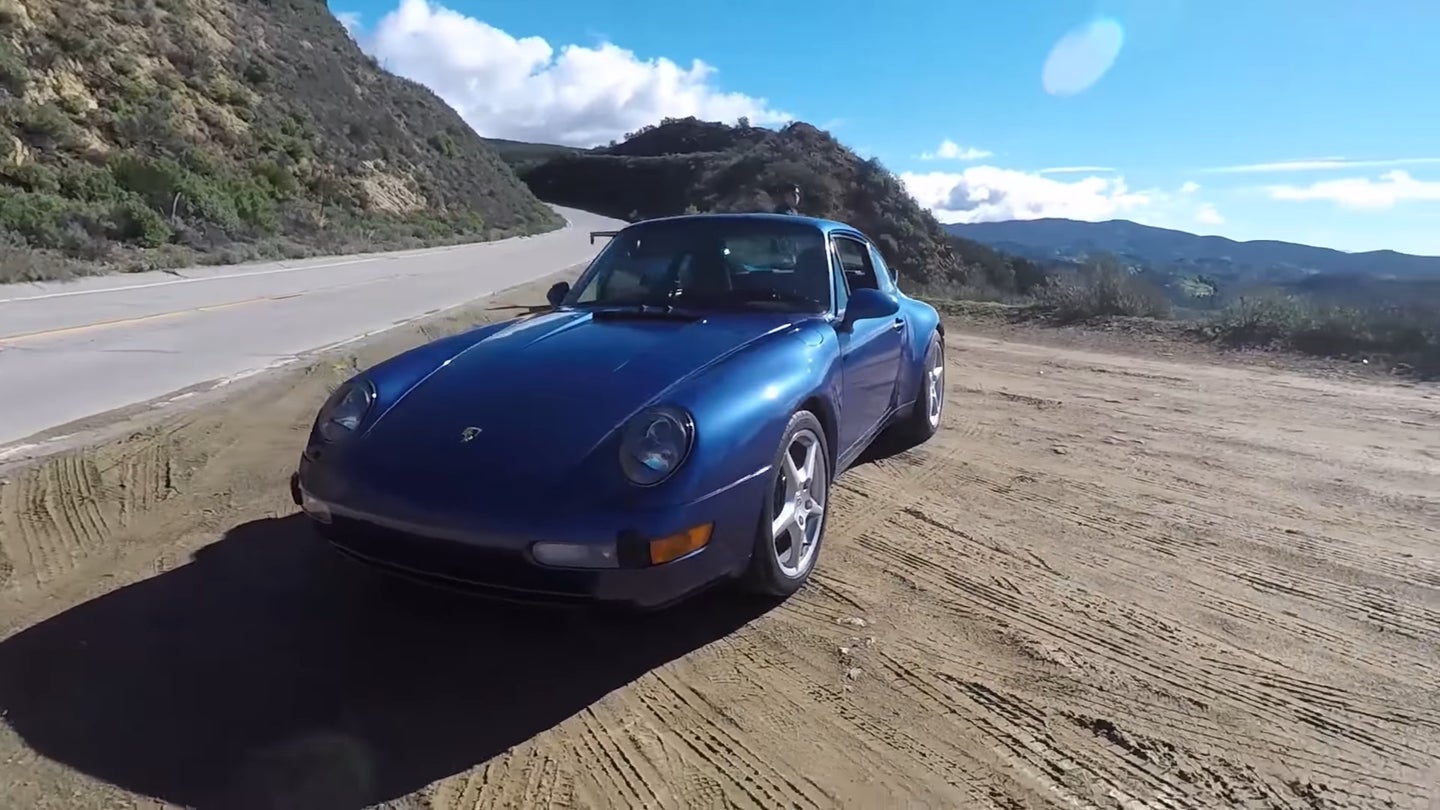 "This feels like something you would keep," says Farah.

With a ducktail spoiler on the decklid, later 997-style wheels, and a Fister Stage 3 muffler, this 993 has been pumped up a little bit. That said, the engine is still all original, and even the suspension remains the way Porsche intended. Even from the day they were launched, 993s have always been favorites of ours, and these narrow body cars look great with this style of ducktail wing. The prices on them have gone sky high lately, but the fact that it has over 120,000 miles on the odometer has helped keep this beautiful driver-grade 993 relatively affordable.

Even with that kind of mileage on the car, Matt and the owner agree that the car still feels nearly new. There aren't any of those typical ticks and rattles that old high-mile cars get, and they seem to agree that the car is "as tight as a drum". Farah has driven more cars than pretty much anyone on the planet, so when he says something is lovely, you can rest assured that the car is actually lovely. In comparison with the owner's former Camaro Z28 of the same year of manufacture, the 993 remains in much better condition, having weathered the test of time much better than the Chevy, as is to be expected.

Really, we can't find fault in owning a high-mileage example of a great Porsche. It's worth noting that my Boxster has 130,000 miles and my 912E has 167,000 miles, so it is fair to say that Porsche has essentially always known how to build a quality, fun-to-drive car that lasts. If you were on the fence about buying a 993, maybe this video can tip you over the edge into late-nineties Porsche 911 ownership. Who knows, it might be your forever car.