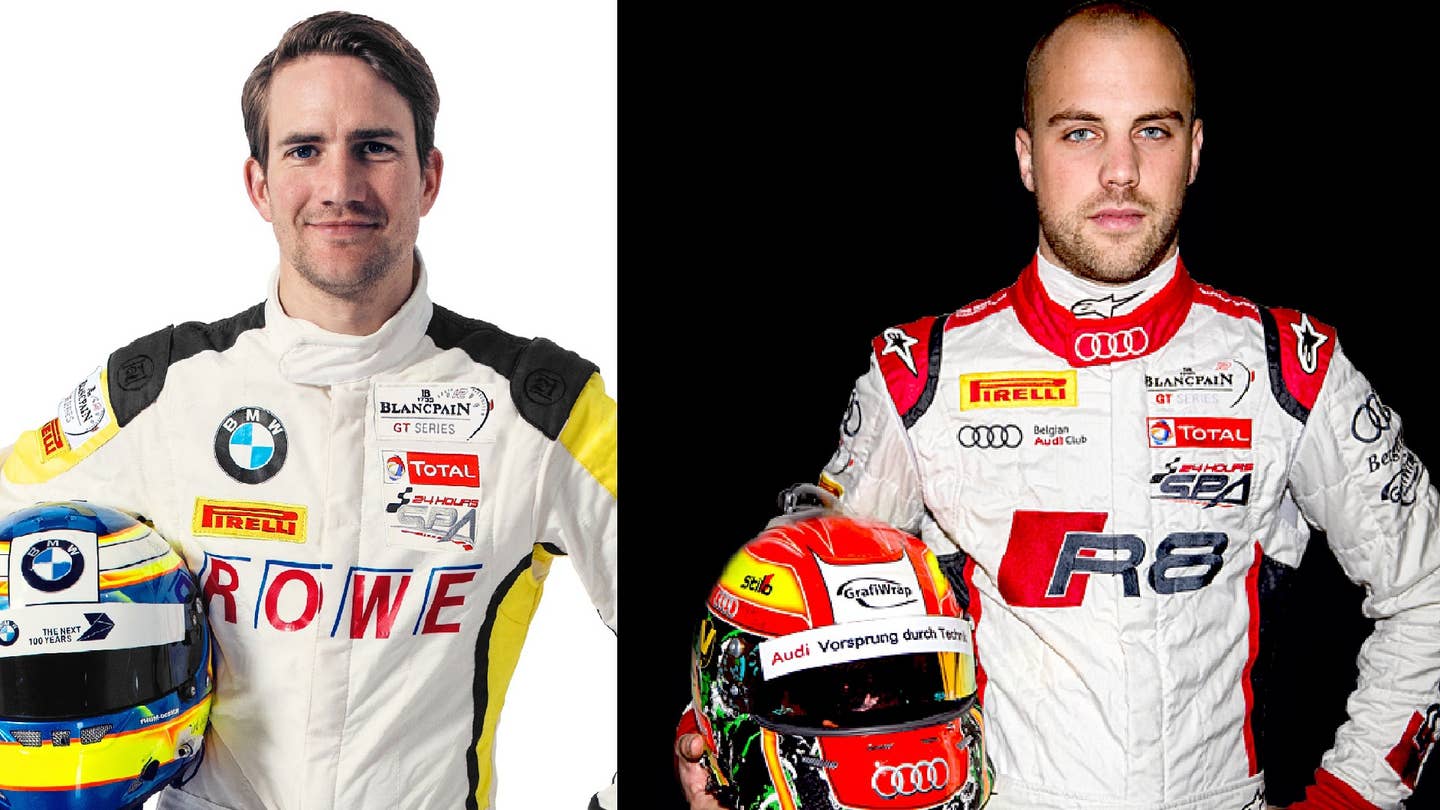 Amidst a huge driver shakeup at Porsche, which saw Mark Webber retiring and his LMP1 compatriots Marc Lieb and Romain Dumas escorted out of the class, Porsche has hired a few new drivers to fill out their ranks. As announced last week, Porsche picked up Sven Muller as a factory shoe, but today they've given us the details of two further GT contracts. We'll discuss their new LMP1 lineups in a separate post, for the time being, we'll be focussing on their GTE and GTLM lineups. Laurens Vanthoor and Dirk Werner are two of the best GT pilots on the planet that were not already on the Porsche team, or snapped up by Ford in their massive hirings earlier this season. The new hires were announced at Porsche's "Night of Champions" celebrations in Stuttgart Saturday night.

Laurens will be teamed with Kevin Estre in the GTLM class #912 Porsche 911 RSR for the full IMSA WeatherTech SportsCar Championship, while Werner will be sharing duties with Patrick Pilet in the sister #911. For the North American Endurance Championship rounds of the IMSA season (Daytona, Sebring, Watkins Glen, and Petit Le Mans), Fred Mako will join the 912 and Richard Lietz will join the 911. This should be good!

Laurens Vanthoor comes to Porsche by way of Audi's GT program. He's been an ace in Audi's R8 GT3s all over the world for the last handful of years, winning the Nurburgring 24, the Dubai 24, and the Sepang 12 hours among others. Laurens was recently crowned the FIA GT World Cup champ at Macau, beating Porsche while upside-down. Vanthoor has primarily been racing with the Belgian Audi Club Team WRT since 2012, though has had occasional forays into prototype racing, taking on the LMP2 class at Le Mans with OAK Racing in 2015 and with Michael Shank Racing this year. He's an accomplished driver and should serve Porsche quite well.

Dirk Werner, meanwhile, was a factory BMW driver with an equally long list of accomplishments. He competed in Porsche Supercup from 2004 to 2006, he's raced the 24 hours of Daytona eight times with two GT class podiums, and he's competed at Le Mans twice. He has DTM experience, factory GTE experience with BMW's M3, Z4, and M6 programs. If there is anyone that you can plug in to any car and trust him to bring it home quickly, it's Dirk. He'll be a safe and fast addition to the Porsche GTE team.

For more information on Porsche's GT lineups, see this post on SportsCar365.com.