The Fastest-Ever Koenigsegg Is Now In Testing

The Jesko Absolut promises to be a devastatingly-quick grand tourer that will be faster than any previous Koenigsegg in a straight line. 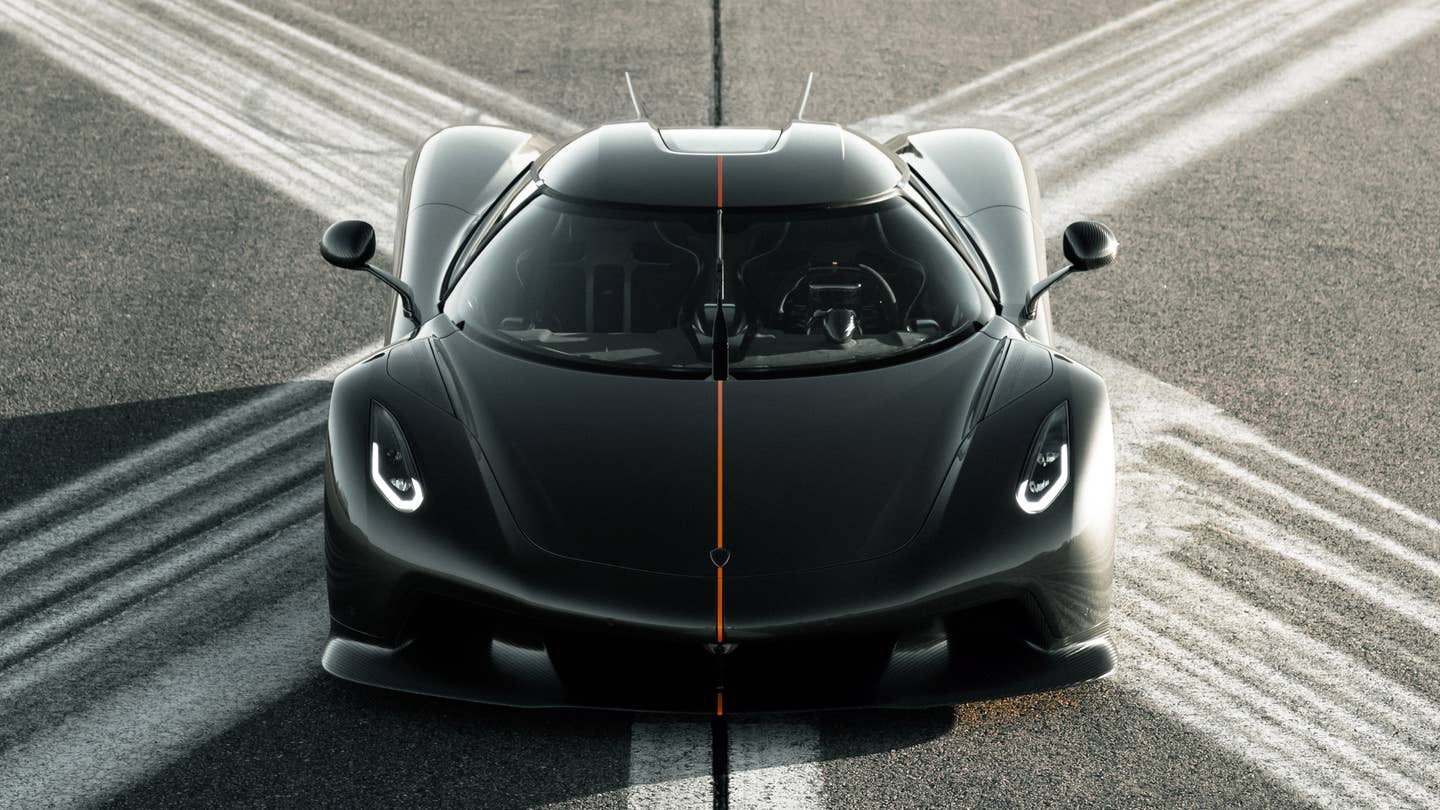 Koenigsegg is a rare kind of automotive manufacturer. Other sporting marques like Porsche, Lamborghini, and Ferrari have all succumbed to the winds of change, building SUVs to sate the demands of the cossetted masses. The Swedish company has instead stuck to building hypercars. Its latest effort has been the construction of a test vehicle for the Jesko Absolut, which aims to be the fastest Koenigsegg yet.

The Jesko Absolut is a variant of the existing Koenigsegg Jesko intended to focus on outright top speed. It eschews downforce and compromises track performance in pursuit of this singular goal. Most notably, the rear wing was removed to cut drag, dropping downforce from 1400 kg to just 150 kg at speed. Instead, the Absolut sports fins on the rear hood, intended to aid high-speed stability.

"We spent thousands of hours in CFD calculations," said company founder Christian von Koenigsegg. The work paid off, getting the car's coefficient of drag down to a Cd of 0.278. For a car that still generates some downforce, this is a strong result, while falling shy of ultra-sleek vehicles like the Lucid Air or Porsche Taycan Turbo.

The Absolut sports Koenigsegg's 5.0-liter twin-turbo V8 engine, good for 1600 hp and 1100 lb-ft of torque when running on E85 fuel. It's paired with the company's own 9-speed Lightspeed Transmission. The unique design uses seven clutches to enable the transmission to select any gear ratio at will, rather than requiring sequential shifts like most dual-clutch transmissions. The transmission includes the special Ultimate Power On Demand (UPOD) mode, where the vehicle instantaneously downshifts into the best gear for maximum acceleration.

The Absolut also features other changes that make it more of a grand tourer than a highly-strung track weapon. The suspension has been dialed in for stability and comfort at high speeds, while there's more space in the front trunk for luggage, too. The company's signature dihedral doors have been tweaked to open wider for easier ingress and egress, and the interior is awash with luxury materials including leather, Alcantara, and carbon fiber.

"The name Absolut comes from the fact that this is the absolute fastest Koenigsegg we will ever make," said Koenigsegg. There's no word on how fast it will actually go at this stage. However, with more power and less drag than the Koenigsegg Agera RS, it should top that car's record-holding 277.87 mph (447.19 km/h) top speed.

Koenigsegg doesn't have a high-speed test planned just yet. With that said, it would be a shame if they didn't make the Jesko Absolut's status official as the fastest Koenigsegg of all time. Let's hope that the comfortable grand tourer gets its day in the sun sometime soon.