Here’s How I, a British Person, Think US Car Dealerships Work

Turns out buying a car in the U.S. is wildly different from buying one in the UK—and not in a good way.

I've been working at The Drive for more than a year now and there are a lot of things I've discovered I don't know about the United States. Like, what is Fahrenheit and how you spell words like "color." But one of the biggest ones is that I've had to try and find out how U.S. car dealerships work. Right around the formation of Stellantis, I got the idea this might be something I didn't totally understand. After 18 months of research, however, I'm pleased to announce this is how I think y'all buy cars.

Here in (sort of) Europe, we don't have dealerships. Or, well, we have what I interpret as dealerships but which I've come to discover is nothing at all like the U.S. model of a dealership. Let's say that you specifically want to buy a Nissan here in England; then you just look up a Nissan dealer and go there to check out its Nissans. The salespeople will probably try and upsell you from the Nissan you want to a nicer Nissan, but there might be some specific incentives from the automaker to get that one specifically. Other non-Nissan-specialist car places (car lots) might not have said incentives. Or really, you can just go online and buy one, but most new cars here are bought directly from the manufacturer at our version of dealerships because that, uh, makes the most sense.

Let's recap how it works in the UK: People say they want a car, the manufacturer makes and delivers the car (pending any delays for chip shortages, etc.)—that's it. I was surprised to discover this is not how people buy cars in the U.S.

This might seem obvious to anyone in America, but for me, it was a genuine surprise to find out you cannot buy cars from car manufacturers. This was probably where I first realized I was way out of my depth, as the idea that gigantic, multinational, multi-billion-dollar companies are beholden to a bunch of dealerships still has me pretty baffled.

Dealers Can Charge You Whatever They Want

In these car-starved times, I hear prices at dealerships in the U.S. are up, which again makes no sense to me because surely a dealership shouldn't be allowed to just put whatever price it wants on a car that a manufacturer delivered to them to sell to you. This, I've come to understand, is naive. In fact, it's basically enshrined in law that dealers can triple the price of whatever Jeep you want to buy and you can go suck it if you don't want to pay that.

You Have to Go to a Dealership to Buy a Car

This is wild to me, and although things are changing in the U.S. after the pandemic with at-home deliveries and all, folks for the most part still have to go to a dealership to buy a car. This reminds me, why in the world would I still need to go to a place and speak to a guy to get a car in the year 2022? I don't want to do that—that's massively inconvenient. If I wanted the hassle of trying to deal with some weirdo trying to mug me off and forcing me to meet them then I'd be searching for Suzuki Jimnys on Facebook Marketplace.

You May Not Get the Car You Really Want

Okay, this is where it gets even wilder to me. So you have to go to a dealership and talk to a guy who's likely trying to rip you off with a markup nowadays, and then he tells you what car he's going to sell you. You get to choose from whatever inventory they have at that location, and if it's not the spec you really want, you're stuck. I guess you could maybe go to another place and speak to another guy to find out what they got, but otherwise, you just have to take whatever's in. This is not how we do things here in the UK, where if you buy a new car you can choose what car you get. Crazy, I know.

Dealers Have Infinite Power Over You and Car Manufacturers

So you've gone to a dealer and essentially been forced to become besties with the guy who sold you a car that you may or may not have wanted, but at least you've got a car now. Now the whole process is wildly different than it is here in the UK, but perhaps the biggest difference is just how much power dealers and the National Dealers Association (NADA) have over consumers and automakers alike. As far as I can gather, dealers choose which car you buy and who you buy it from, and even how much you'll buy it for. It sounds like there's some kind of legal deal that stops anyone from speaking directly to a manufacturer—oh wait, there is! Dealers appear to rule the whole automotive industry and if anyone questions it then you can't have a car, buddy.

If you ever wondered how a British person sees car buying in the U.S., well, now you know. 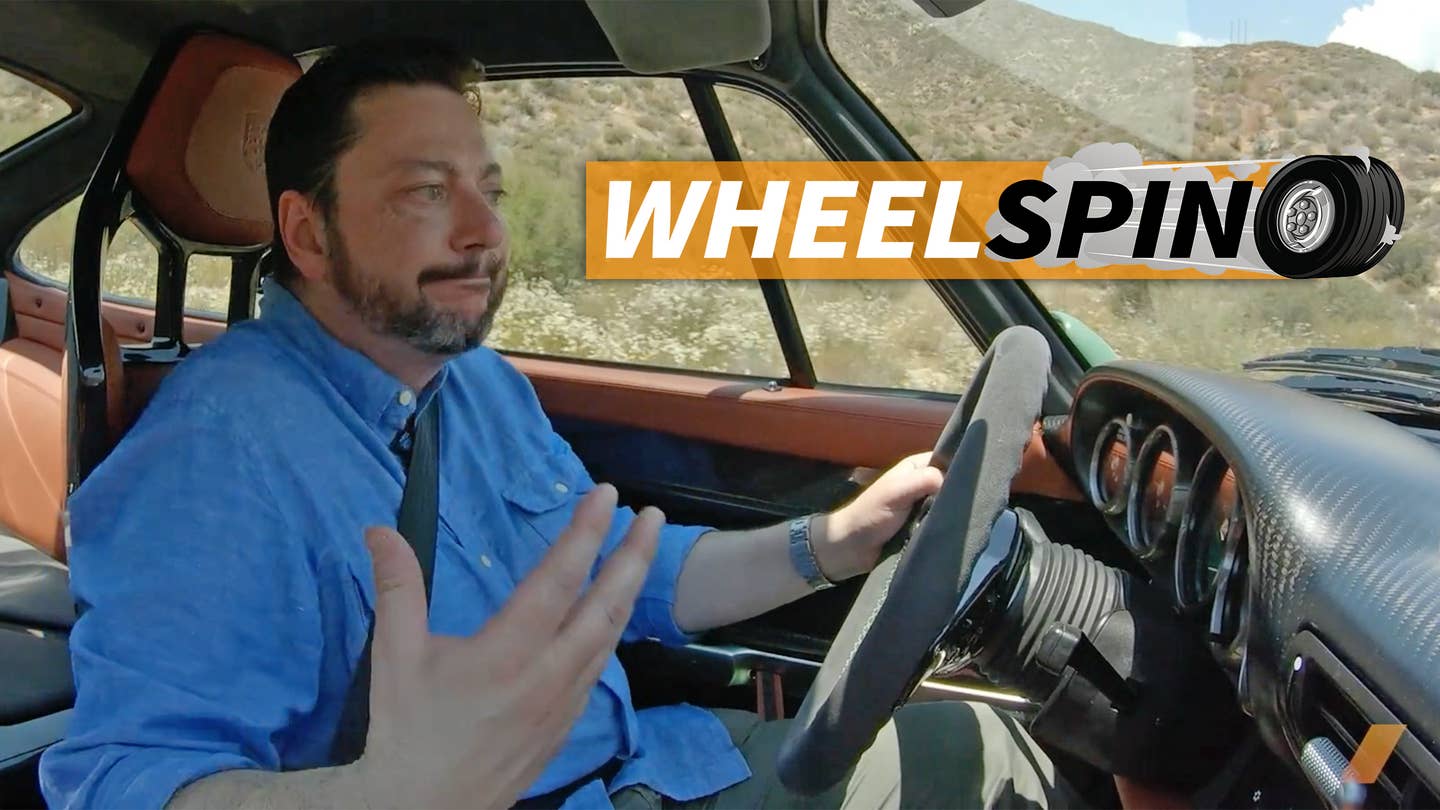 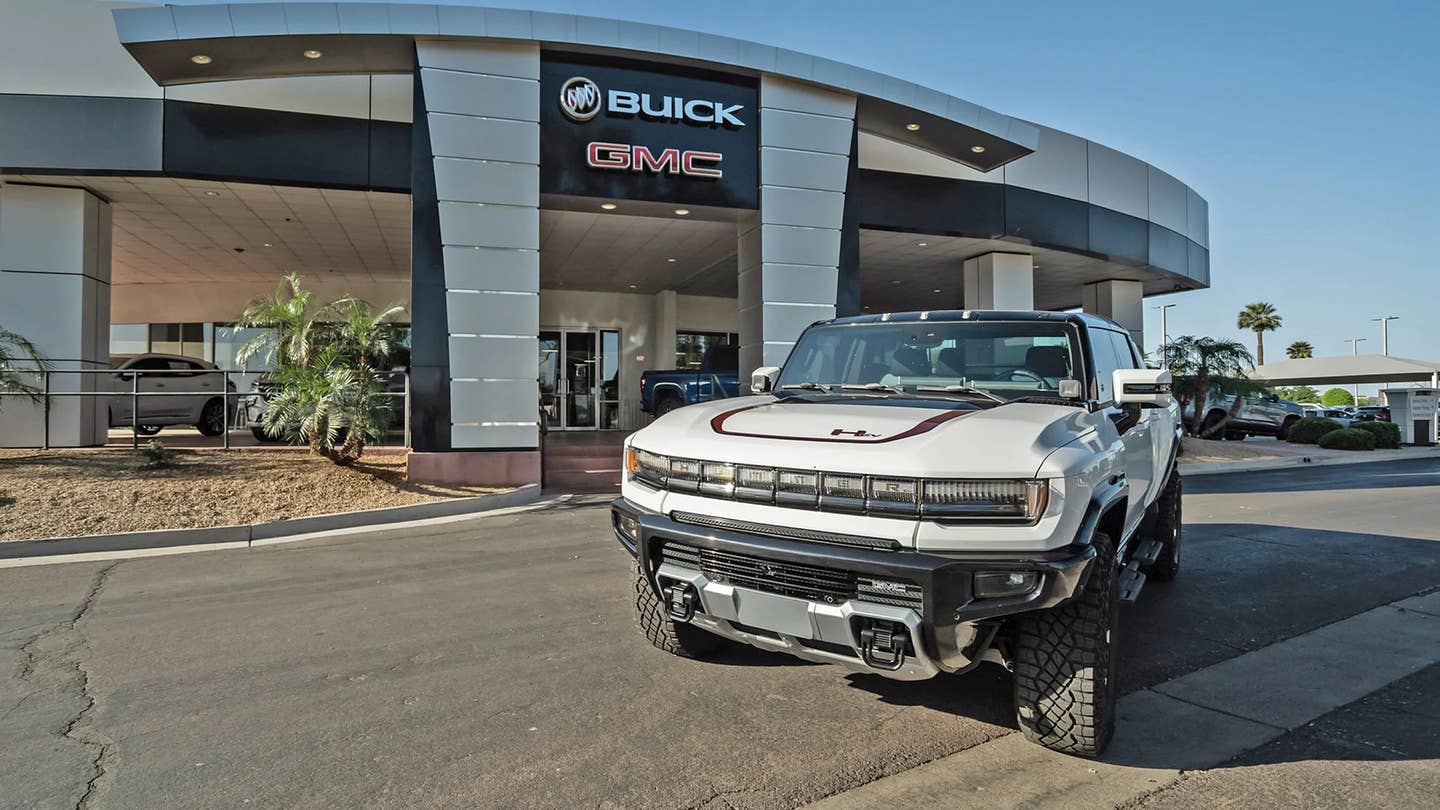 ‘Superlifts’ and a $500K Investment: How Dealers Are Prepping for GM’s Electric Future

GMC dealerships are spending hundreds of thousands of dollars on EV equipment. Some believe it’s worth it. 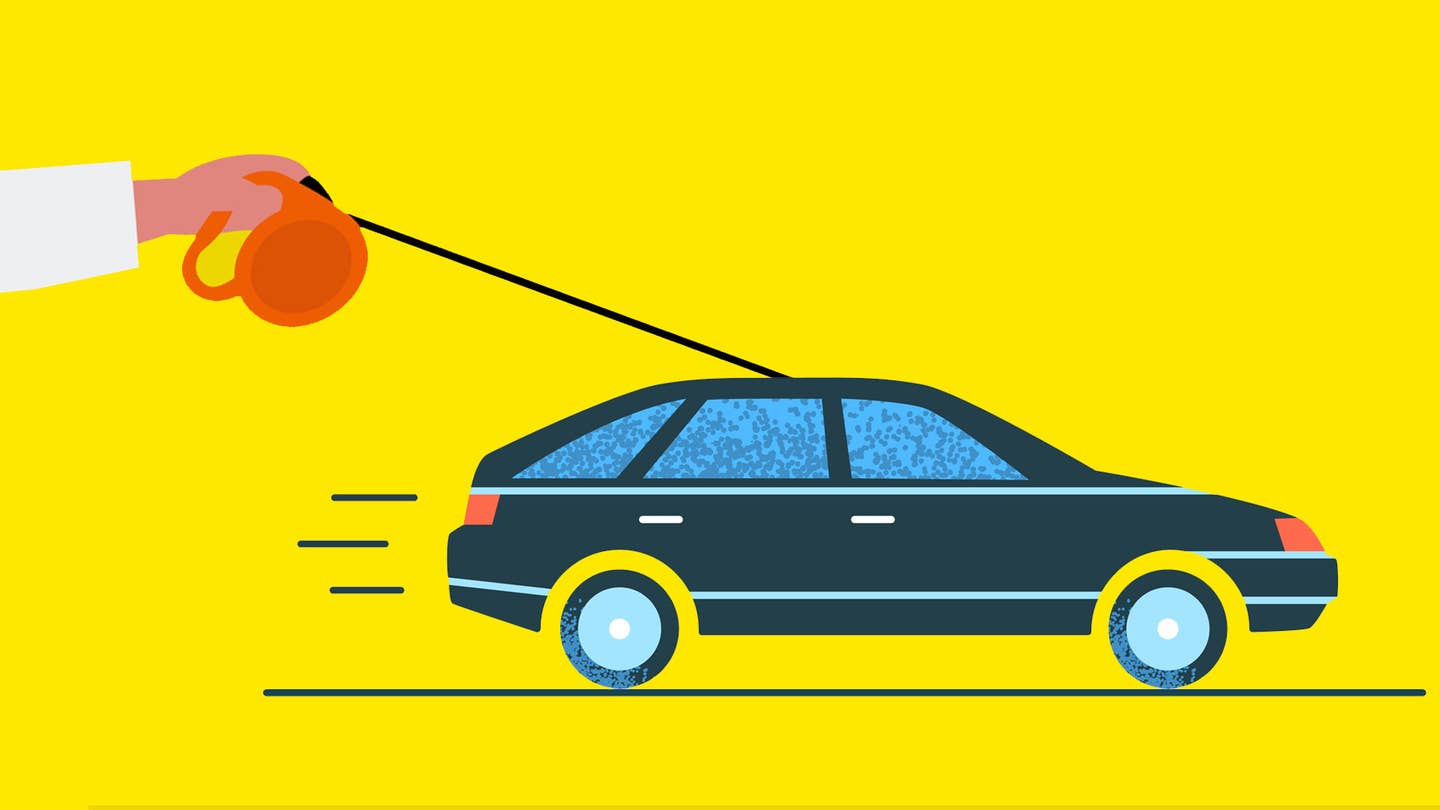