Texas rolled out a proposal for EV chargers every 50 miles, aligning them with a broader federal proposal.

Despite its rich heritage in black gold and a notoriously unstable power grid, Texas is one of the most EV-dense states in America. A new draft plan unfurled by the state's Department of Transportation this month would help to ready the state for even higher EV adoption rates by mandating how its public charging infrastructure is built over the next five years.

Specifically, the plan outlines the placement of chargers along the state's most prominent highways. The state's project calls for chargers to be placed at 50-mile intervals along non-business interstate corridors and 70 miles in most other areas. Interstates and dense areas will be prioritized for placement in the first two years of the project rollout, and more rural areas populated with chargers in years three through five.

Texas' charging plans are very similar to the guidelines set forth earlier this year by the Biden administration—and there's an important reason for that. In order to be allocated some of the $7.5 billion in funding pledged in the Infrastructure Investment and Jobs Act passed last year, a state must first present a plan that adheres to a specific set of guidelines set by the U.S. Federal Highway Administration (FHWA).

The FHWA laid out the requirements for the first $5 billion round of funding earlier this year and specified how charging infrastructure should be placed along public roads in order for a state to qualify for grant funding. The FHWA's requirements indicated that chargers should be placed along interstates in 50-mile intervals and be no more than one mile from the exit, hence the baseline for the Texas plan. Additional directions included a charging capacity of at least 600 kilowatts and the ability to charge four vehicles concurrently at a minimum of 150 kW. Texas says that it plans to reach 350 kW per plug "as soon as possible."

Given that the funding will be allocated based on a similar formula to the one that calculates federal highway grants, Texas will receive one of the highest grant payouts (along with California and Florida, the other two highest EV capitals in the nation) so as long as the FWHA approves its plan.

Despite making up less than 1 percent of the vehicles on the road, the number of EVs in Texas has tripled since 2020, according to the Texas DOT. If that's even a glimpse of what's to come over the next few years, the Texas power grid—which doesn't exactly have a glowing reputation, especially over the past few years as weather-related events brought the system to its knees—will need some help. The DOT touches on ensuring the sustainability of its charging system by potentially using solar power along with battery storage to bolster reliable electricity production for chargers.

This plan is still a draft and could change before it is finalized, though likely not by much, given the federal grant requirements. Texas is soliciting comments from the public before finalizing its plan, which will be completed before August 1. Once the plan is finalized, it will be submitted to the FHWA to receive grant funding, and if all goes as planned, the Lone Star State will begin cutting contracts for its widescale charger deployment in January 2023. 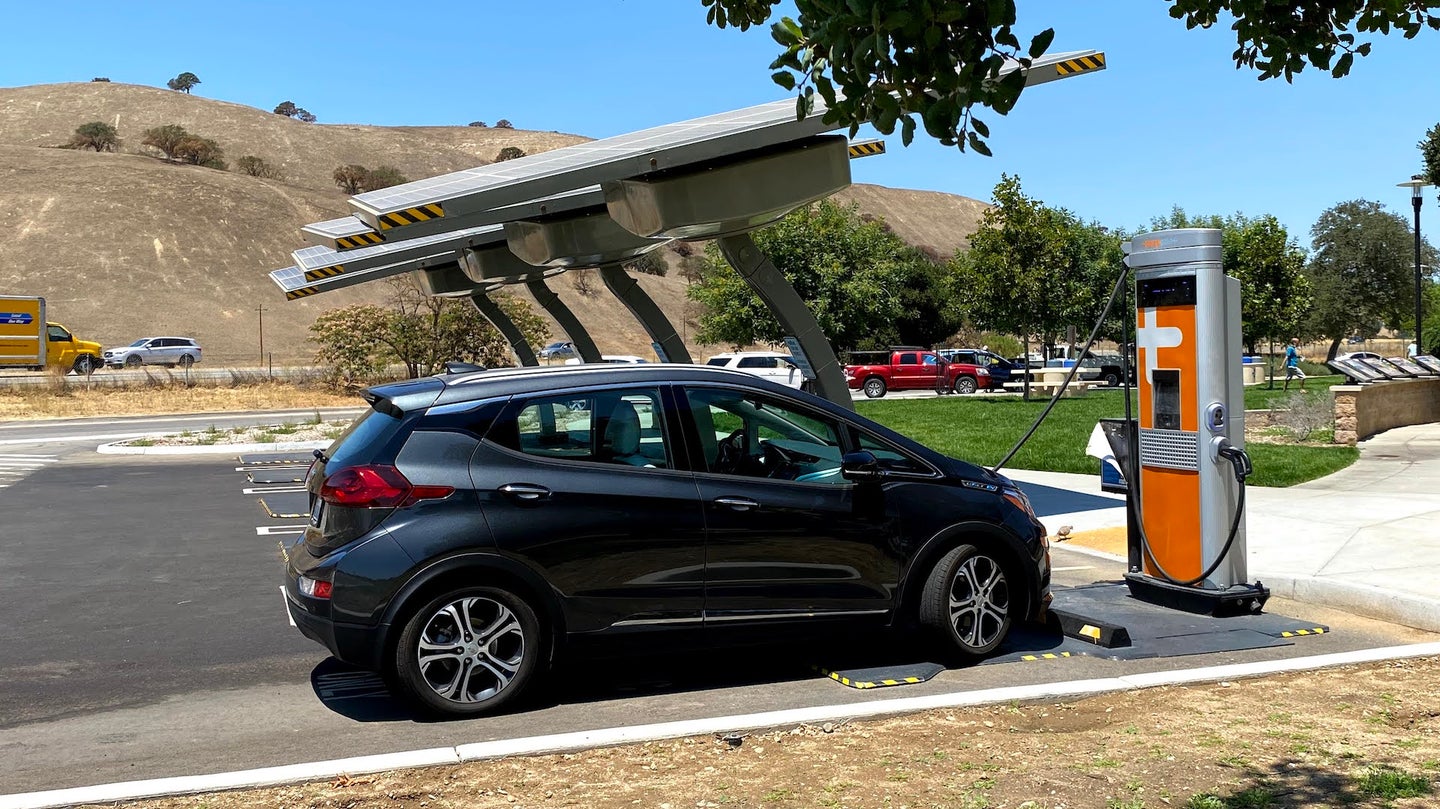 The plan calls for EV chargers being placed every 50 miles near highways and high-traffic corridors. 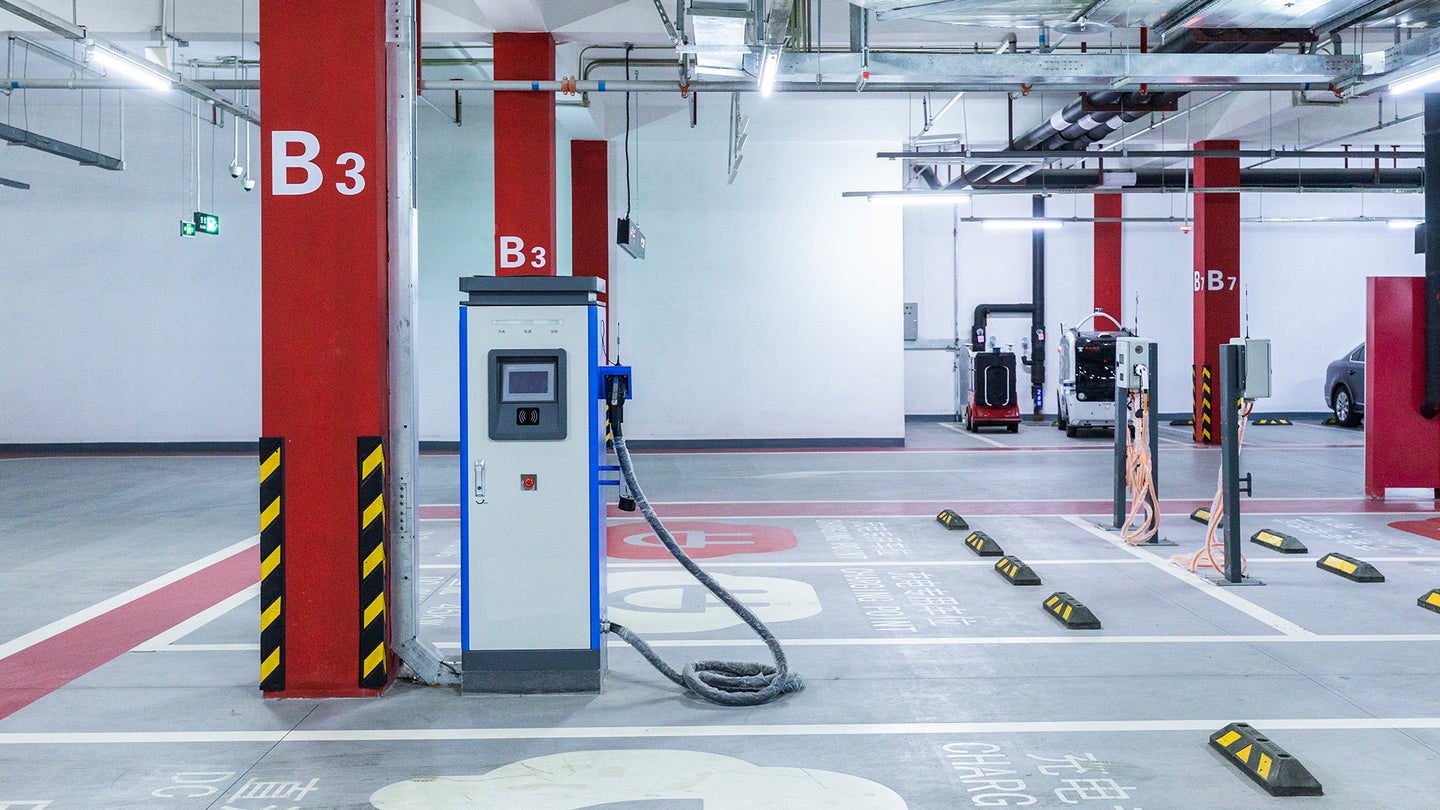 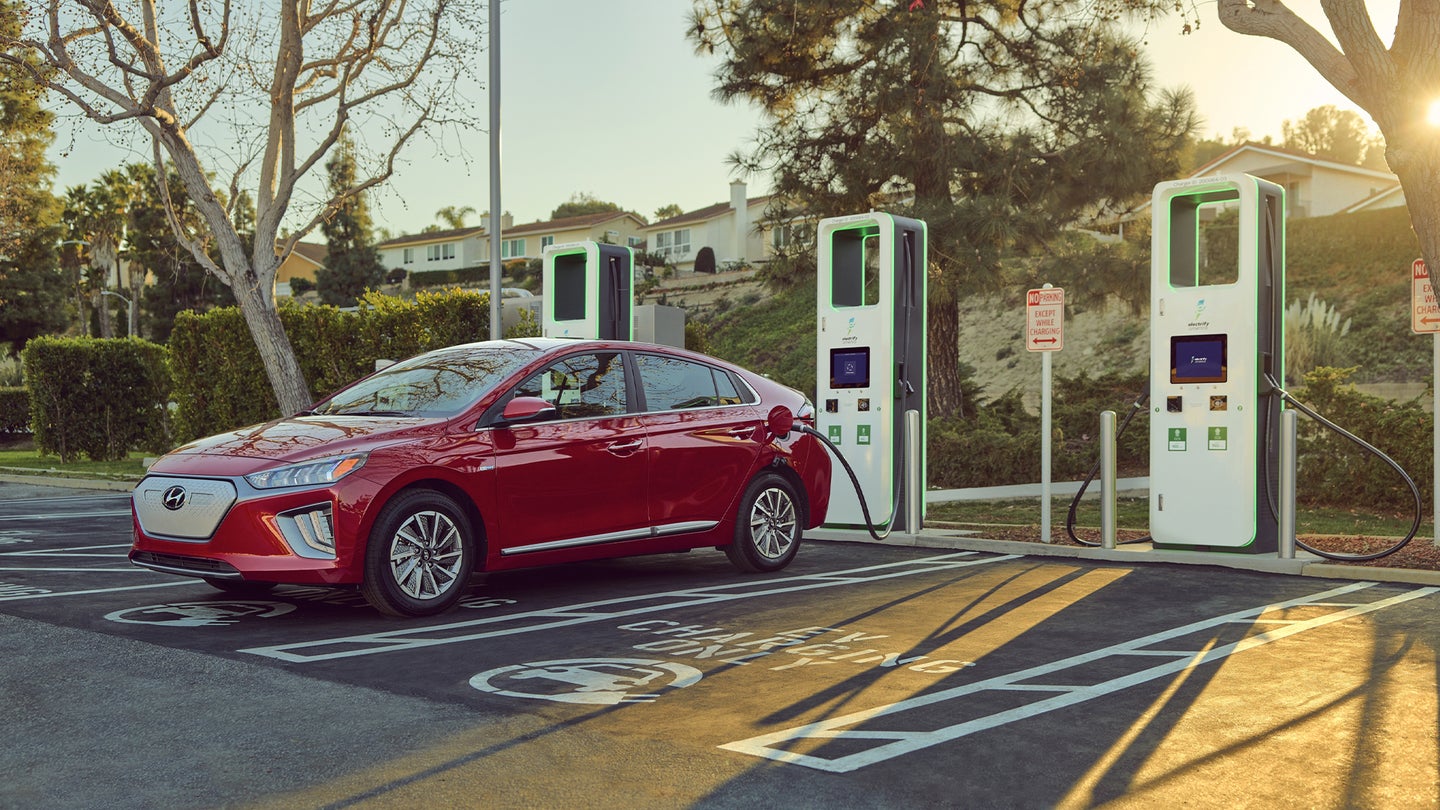