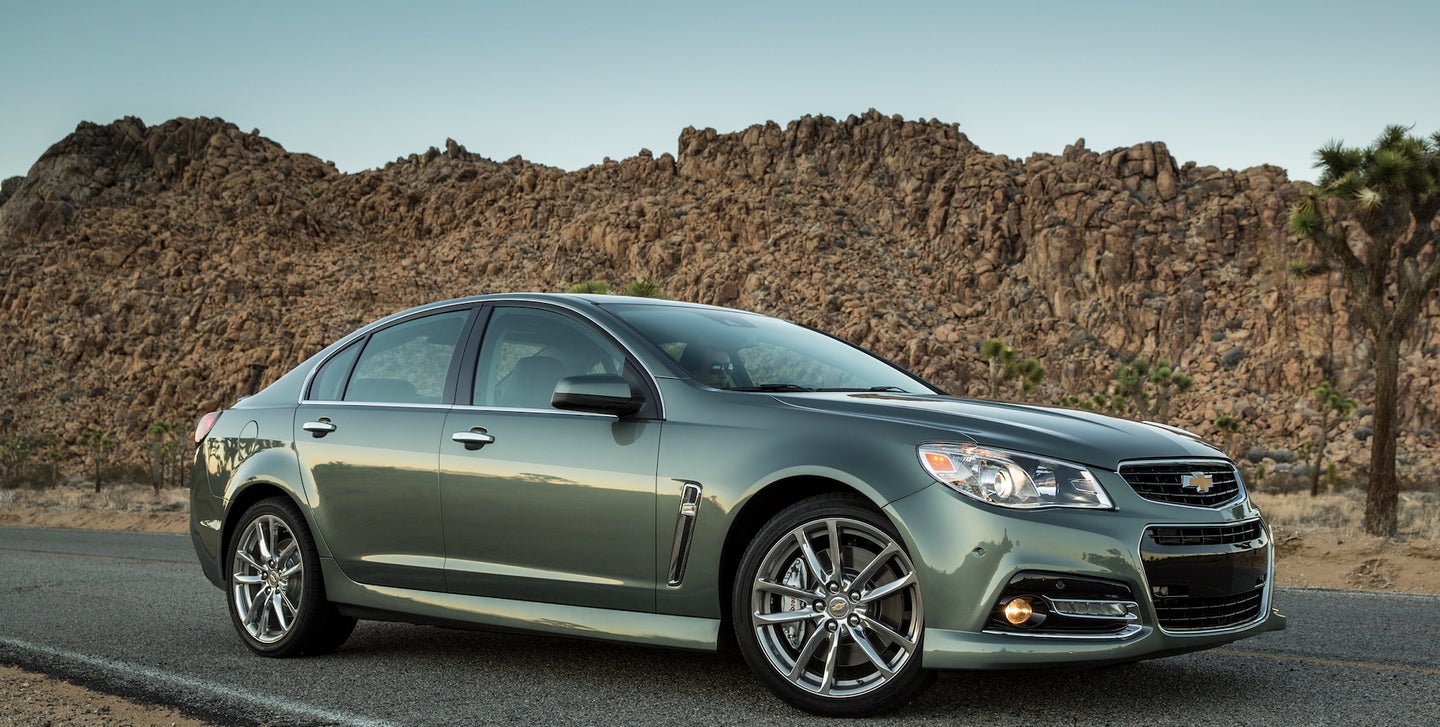 According to Chevy's newly-released sales figures for March, the American automaker ended up selling more soon-to-be discontinued SS models than Bolts. Since the news of the SS's discontinuation broke, GM has been reaping the benefits, enjoying an increase in SS sales by 325 percent compared to the same time last year. In sheer numbers alone, Chevy sold 1,217 SS models, compared to 978 Bolt sales in the month of March.

To remind you, the SS is Chevy's four-door sedan whose ethos resembles one of the most vaunted cars ever—the E39 BMW M5. Like the M5—which also had a V8—Chevy stuffed an LS3 V8 in the SS that produces 415 hp that has been paired with either a six-speed manual or a six-speed automatic. Power, of course, is sent to the rear wheels, which results in the capacity for massive burnouts and skids.

Now that Chevy announced it will send the SS to pasture, demand for the car has skyrocketed, surpassing even the new Bolt EV—a car that represents a new future for the American automaker. But even if the SS isn't long for this world, its recent sales figures should tell Chevy that a case can be made for a V8-powered sedan—just maybe not one in this decade.