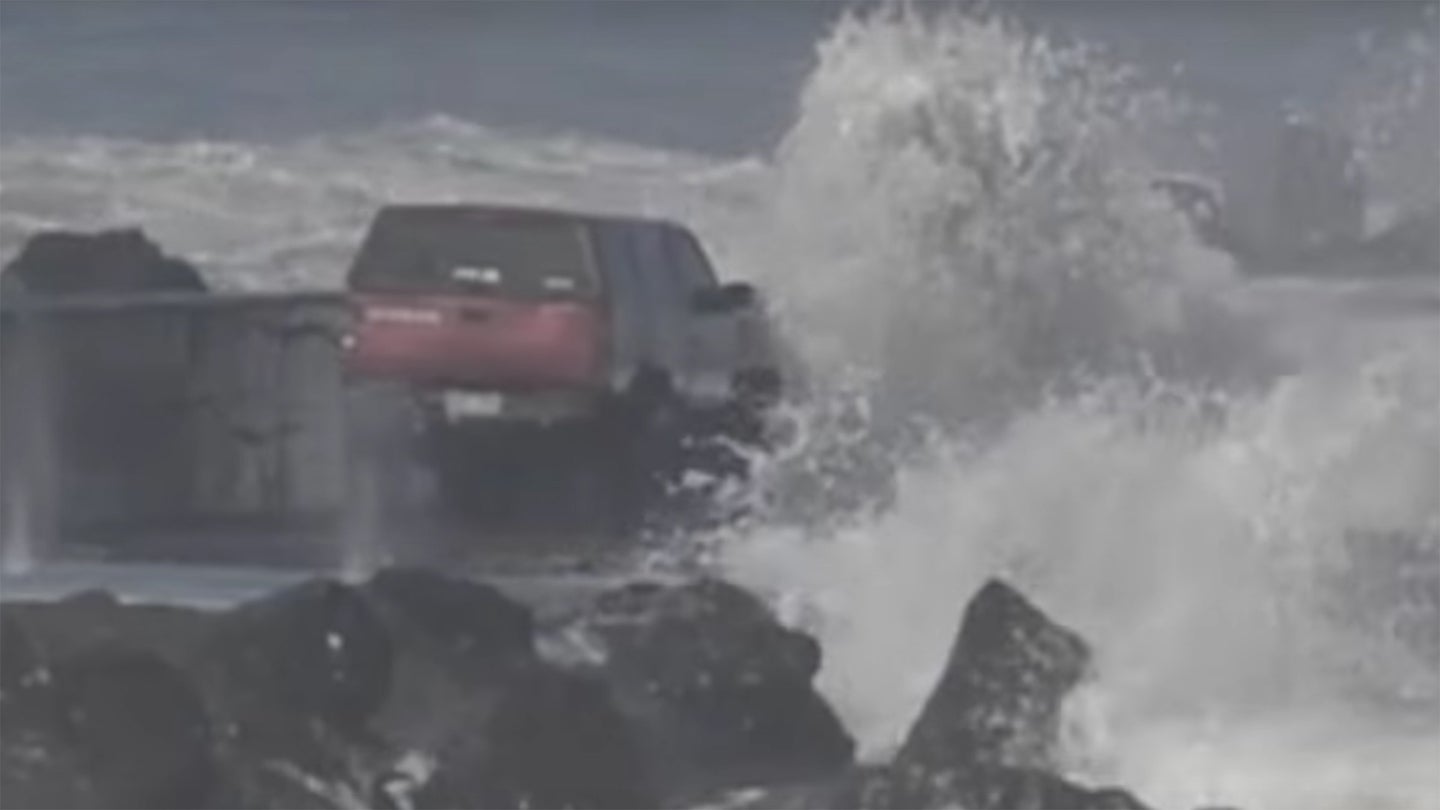 A lot of off-roading enthusiasts think, however falsely, their steed is invincible. Moreso if said vehicle has already proven itself with 20 years of service. This, as we see below, is a dangerous idea.

Right off the bat we see an old (i.e. early 1990s) Nissan Frontier with a minor lift kit that has made its way onto the precarious Humboldt Bay North Jetty, in Northern California. This wouldn’t necessarily be a big deal on a normal day—however, this fearless (foolish?) operator decided to make the excursion even though the National Weather Service issued a high surf warning due to massive, 27-foot swells (get barreled, bro!).

The light-duty pickup tries to inch its way down the jetty as waves begin to thrash the truck with increasing severity. At first, the truck gets kicked a little to the right, then to the left; then, all hell breaks loose. The truck disappears from sight under the waves several times, and at the 2:20 mark, the truck is lifted completely off the ground and thrown into one of the retaining walls.

Continuing his saga of bad decisions, the driver gets out of the truck to inspect the damage. The operator then proceeds to stand between the truck and the same barrier against which his truck has smacked at least a dozen times. Finally, the driver gets back into his truck just before Mother Nature gets the opportunity to crush him.

The Coast Guard finally comes to the rescue. No word on why the driver decided to go onto the jetty during a massive swell; all we can confirm is that he is a total jabroni (this is the correct scientific term).

This Taco can tackle any terrain.