GM Beefs Up the 2018 Traverse and Audi Reveals the Sporty Q8 Concept: The Evening Rush

Plus, Tommy Bahama and Airstream team up to make the ultimate vacation trailer. 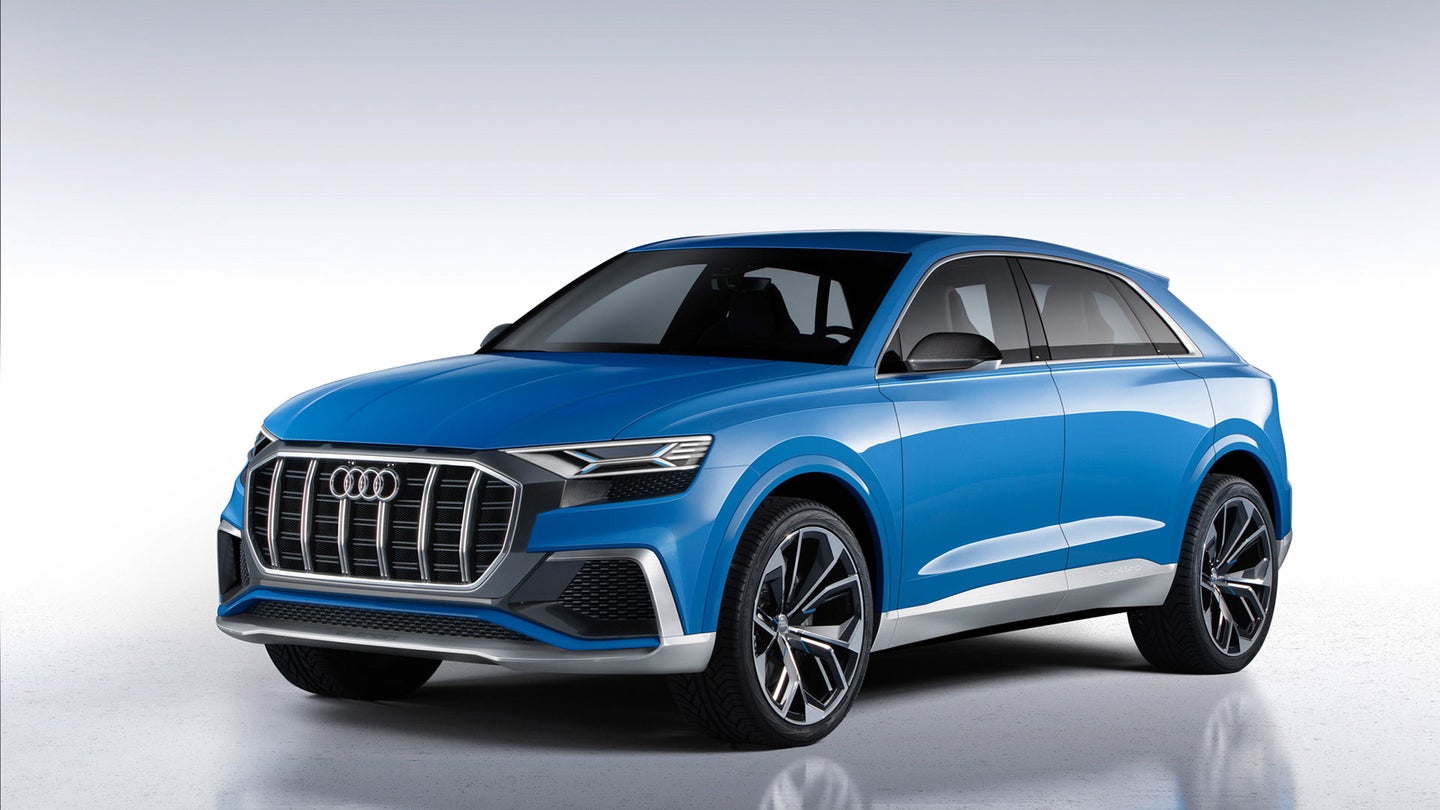 GM just debuted the redesigned 2018 Traverse leaving a substantial size gap between the Traverse and Equinox. This now grants GM the opportunity to squeeze in another crossover, most likely using a modified version of the GMC Acadia’s  frame.

The Audi Q8 concept seems to be the talk of the town at the Detroit Auto Show. The sporty-looking concept SUV comes boasting an aggressive grill, sleek lines, and a bright hybrid color. According to Audi, the concept is powered by a 3.0-liter TFSI V6 as well as a 17.9-kWh lithium-ion battery. The V6 supposedly makes 333 horsepower and 368 pound-feet while the battery adds an additional 134 hp and 234 lb.-ft. of torque. Stay tuned for more info on the Q8 tomorrow.

VW has redesigned the popular Tiguan for the end of 2017 and the model has grown significantly. According to reports, the 2018 Tiguan will 10.7 inches longer, resulting in an impressive 57 percent increase in cargo space. At this time it looks like the new Tiguan will have only one engine option: a 184-hp 2.0-liter inline-4.

Once again, FCA’s position on the Grand Wagoneer has changed. According to reports, the Grand Wagoneer is back on and slated to compete with the Range Rover (and its six figure pricetag). The units will be built at the Warren Truck Assembly Plant in Michigan.

If a Fit Bit was the size of a ring, would you be more inclined to wear one? I would, and I assume a lot of other people would as well. Fortunately, that is now a possibility thanks to Motiv, a stylish ring that tracks your heart rate, calories burned, sleep patterns, steps, and much more.

So Airstream and Tommy Bahama have decided to join forces in a glorious marriage of relaxation and exploration. Just like Airstream did with Pendleton, its collaboration with Tommy Bahama has transformed one of the company's iconic trailers into a tropical paradise. Yes, there is a built-in bar.