An Alcantara-heavy option to make your supercar slightly better suited for hot laps. 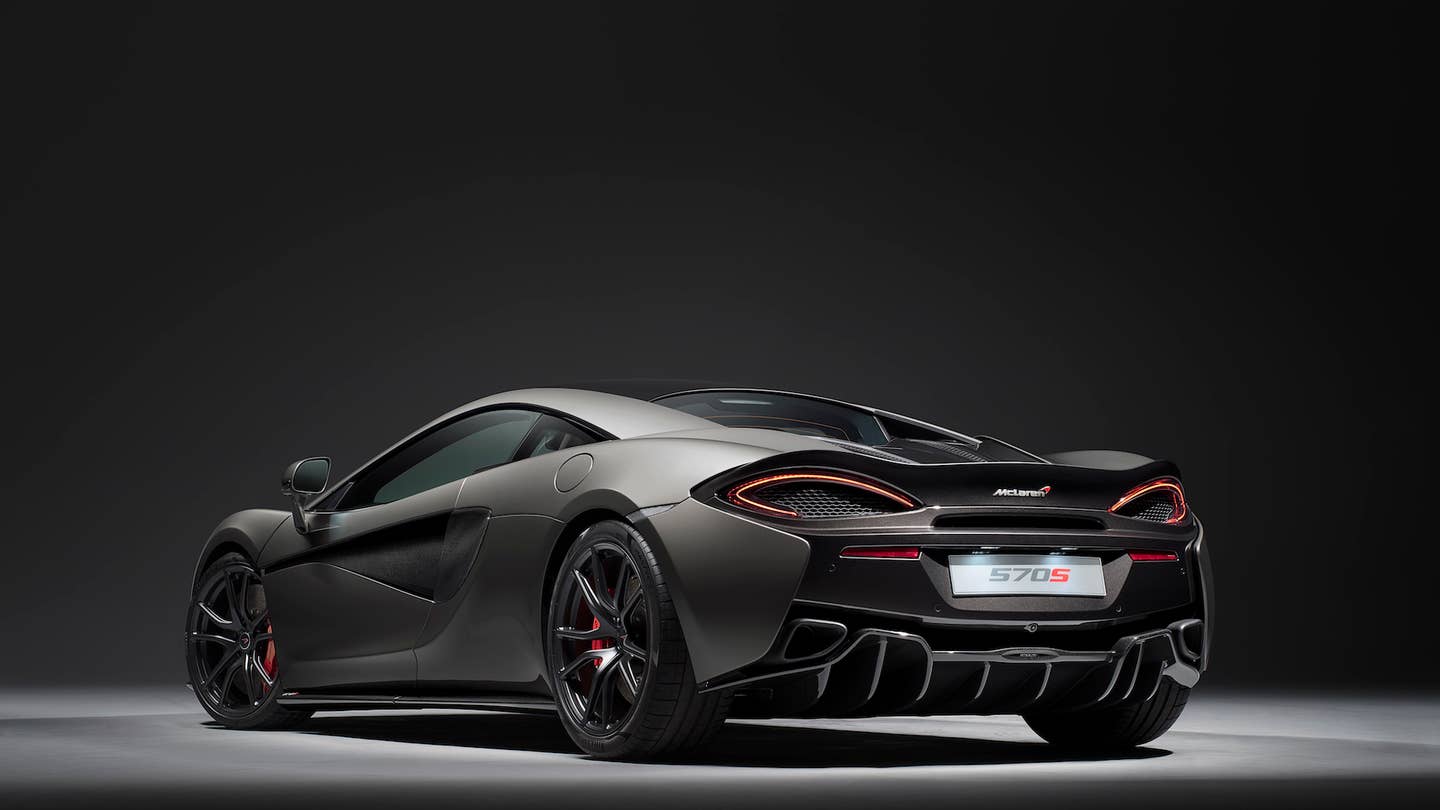 McLaren is throwing a bone to its more track-happy customers. Starting today, buyers of the 570S Sports Series supercar can select a new track package that reduces weight and increases downforce than the normal (and already incredibly capable) 570S.

McLaren's £16,500 "Track Pack" swaps out much of the normal interior's leather pieces for plush and face-rub-worthy Alcantara, drops in carbon-fiber race seats, and a new lighter set of wheels—all of which help a 570S equipped with the option lose about 55 pounds compared with the regular model. The new track package also features a track telemetry system—also seen on the 675LT and P1—that allows drivers to check lap times and on log data from their on-track hot laps.

McLaren is also fitting Track Pack-equipped 570Ss with a new, longer spoiler to help pull extra g's. The supercar maker claims that with this new spoiler, the car has about 64 pounds of extra downforce at 150 miles per hour. From the pics provided by McLaren, the wing—which is apparently 12mm taller—barely looks any different from the normal 570S, which is probably a good thing. We can't imagine many 570S owners would be dying to have a massive GT3-esque aero-piece hanging off their car's rear deck.

The automaker said in a press release that with this track package, the 570S remains a usable and reasonable supercar. That sounds about right, since nothing has actually been changed in the suspension and there have been no real modifications—except for maybe the carbon fiber seats—that would affect comfort or practicality on the 570S. But of course, if you want practicality, you might want to look toward a different McLaren Sport Series model.

While an Alcantara-filled 570S sounds great and all, we at The Drive can't help but ask ourselves, "Is this really worth $20,000?" Probably not. But do most supercar owners care about a throwing a few more bills at their nearly $300,000 piece of machinery?

Cars ordered with the track package will begin shipping in early 2017.