McLaren doesn’t do soft. Unless the topic is Formula 1 tire compounds, the word just isn't heard around company headquarters in Woking, England. There, in an antiseptically clean factory that appears more suited to cryogenic freezing or gene replacement therapy, McLarens are assembled by hand. Carbon fiber tubs, telepathic transmissions, telemetry-crunching suspension software—this is the work of a brand apart, one that draws a scalpel while competitors reach for cudgels and bazookas. Aloof? Absolutely. Clinical? The doctor’s always in. But soft? McLaren? Never.

And yet this is the word on engineers’ lips at the global launch of the 570GT, the latest volley in McLaren’s rapid-fire product roll-out. Ten gleaming GTs ran roughshod over Tenerife, a volcanic welt 200 miles offshore from Morocco, assaulting the prehistoric pumice and obsidian with twin-turbo reverb. Dinosaurs are now even more dead, thanks to these cars’ efforts. Shredding 7,875 vertical feet of a Canary Island will tell you many things about a car—not least that the 570GT is anything but soft. It is, however, less hardcore. Not tame; just tempered.

Our point of reference is the 570S, Americans’ lowest-priced entry to the McLaren Automotive brand. Why the ‘Murica callout? A lesser model in the so-called Sports Series, the 540C, is newly available in Europe and Asia, but won’t come here. More on that in a bit, but meantime, know that the GT is more than just a touring-edition S.

The GT stems from McLaren’s ambition to sell over 4,000 units in 2017, matching the volume of Aston Martin. For a company whose 1,750 employees built 1,654 cars last year, this represents what Lawrence Ulrich, in his review of the 570S, labeled a “nuclear expansion.” To facilitate development, McLaren relies on a common toolkit, including the 3.8-liter twin-turbo V8 found on the upmarket 650S and 675LT, a seven-speed dual-clutch transmission, and a carbon fiber monocoque, to which aluminum braces and body panels are affixed.

Unlike S customers, GT buyers might fancy a picnic. They also want assurances that their manchego won’t be sent airborne at the slightest road imperfection, so McLaren softened the S’s spring rates by 15 percent up front and 10 percent in the rear. The S’s Pirelli P-Zero Corsas have also been swapped for plain-Jane Zeros. A panoramic glass roof is standard issue. McLaren replaced the S’s carbon fiber engine cover with a glass canopy that hinges out along the car’s axis, revealing a leather-lined touring deck behind the seats. Voilà: a shelf for your picnic basket.

The bugaboo here is bulk, roughly 100 pounds over the S, and yet this more livable, more civilized McLaren weighs just 2,976 lbs in its lightest configuration—still some 550 lbs less than a Porsche 911 Turbo S and ­­nearly 700 lbs less than an Audi R8 V10. In typical McLaren fashion, the zero-to-62 time (3.4 seconds) isn’t the pub-quiz number. The 570GT marauds from zero to 124 mph in 9.8 seconds, a tenth quicker than a Lamborghini Huracán.

Granted, the head-lightening ascent of the Teide volcano, via a series of ever-tightening blind sweepers through hardscrabble desert, pine forest, and ochre-stained moonscape, is no time for lead-footing—especially when the local pelotón is out training. But when the Lycra brigade is all smiles and goading you to punch it, punch you do.

There’s the slightest hesitation before the torque wave hits, but when it does, it doesn’t break atop your skull. Instead, it pulls you deep into a pitch-dark slipstream. There’s no air down there, no gaps where a pop of exhaust overrun might escape and bubble to the surface. You’re sealed in a Nappa leather-lined Hyperloop: a frictionless void where even the sound of a 562-horsepower twin-turbo V8 barely intrudes. Don’t look now, but you’re doing 105 mph.

Come up for air, and calipers bite down progressively and absolutely on iron discs. The dual-clutch downshifts from sixth to second, stopping in the intervening gears just long enough to wave hello. Again, no gratuitous pops, barks, or farts of any kind, and no shunting through the chassis and down your arms. In the time it takes your foot to swing back over to the accelerator, you’ve become awed by this transmission: how it's the most intuitive you’ve ever experienced, maybe the most intuitive mechanism of its kind. McLaren gone soft? Our ass.

But damned if that ass isn’t sliding. Seat dimensions favor broad British blokes, with pan and back bolsters spaced perplexingly wide. Given the wiry build of McLaren chief test driver Chris Goodwin, it’s a head-scratcher. Also, given McLaren develops its cars partially in Spain, well removed from Blighty’s gloom, why would the glass roof offer so little tint? Even with air conditioner blowing, your noggin roasts. McLaren says a system like Mercedes-Benz’s Magic Sky Control is coming soon, but not soon enough.

The cabin is otherwise unadulterated S, save for lower sills that allow marginally more graceful ingress and egress. “I’m getting in and out of our cars 100 times in a day, and I can tell you there’s a difference,” Goodwin says later, over dinner. But it may take a paddock filled with Maccas to know how good a GT driver actually has it; the car’s dihedral doors and small apertures still require a body to behave like a Leatherman.

But you’ll gladly suffer for fashion. The 570GT is McLaren’s most beautiful, resolved design. To allow for the glass hatch, McLaren removed the S’s roofline buttresses. Design director Frank Stephenson’s biomimicry philosophy is consequently freed to flow unimpeded to the rear deck, where a lip has grown about a centimeter to make up sacrificed downforce. From any angle, a 570GT is a short-range ocean predator, its taut skin flexing and flowing toward lethal diffuser armor. Sorry, Corvette—this is how you stingray.

The 570GT’s beauty, though, is in danger of dilution. Notwithstanding track-centric special editions, the GT marks the ninth model from McLaren Automotive in six years. A tenth, the aforementioned 540C, is close behind. A Spider 570 is due soon, and one has to imagine a 540 Spider not far behind that—all of them sharing a strong set of genes. Family ties are great, but McLaren is treading perilously close to the mini-me practices of BMW and Audi. These carmakers get a grudging pass because they deal in million-unit sales volumes. McLarens are far too singular to look so much alike.

The 675LT and LT Spider are sold out. All the P1s and 650S Can-Am Spiders, too. Even if these were still available, though, the 570GT could represent McLaren at its peak. Sophistication, power, beauty and a dash of British chill: Meet the new hardcore, better than the old hardcore. 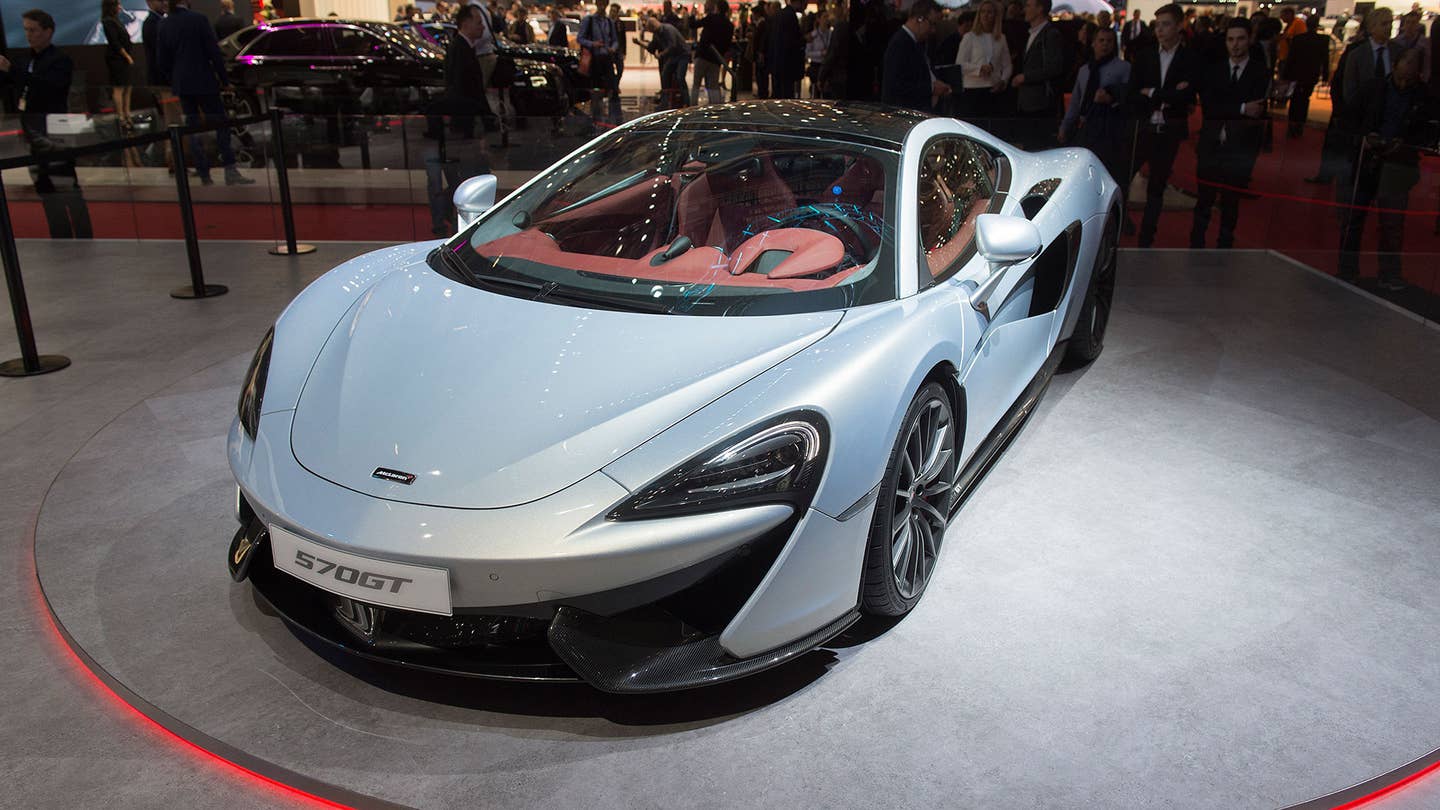 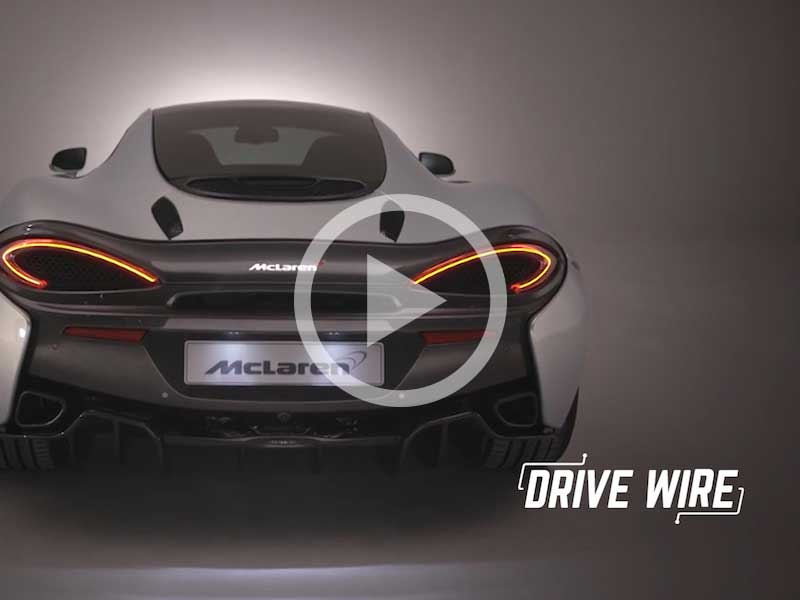 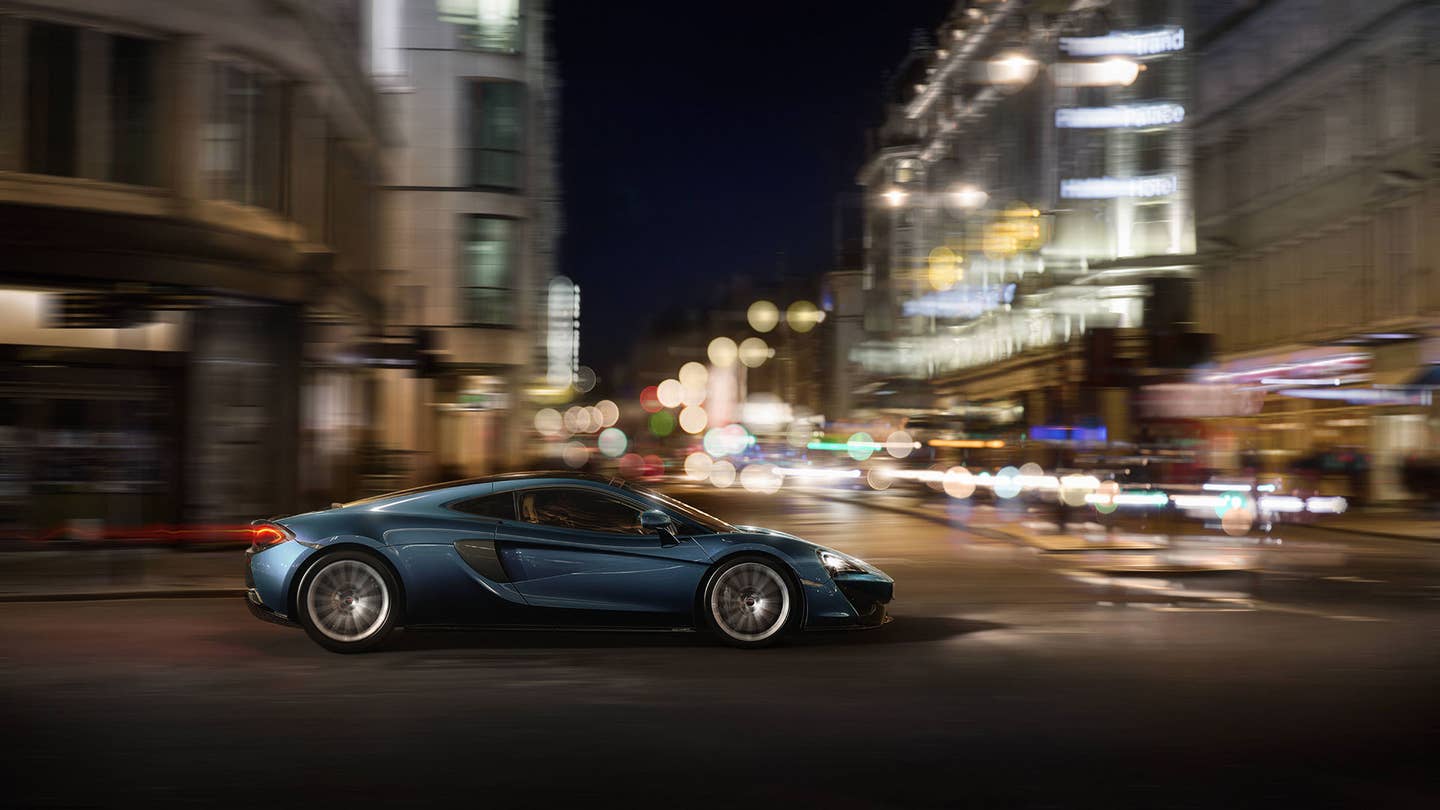 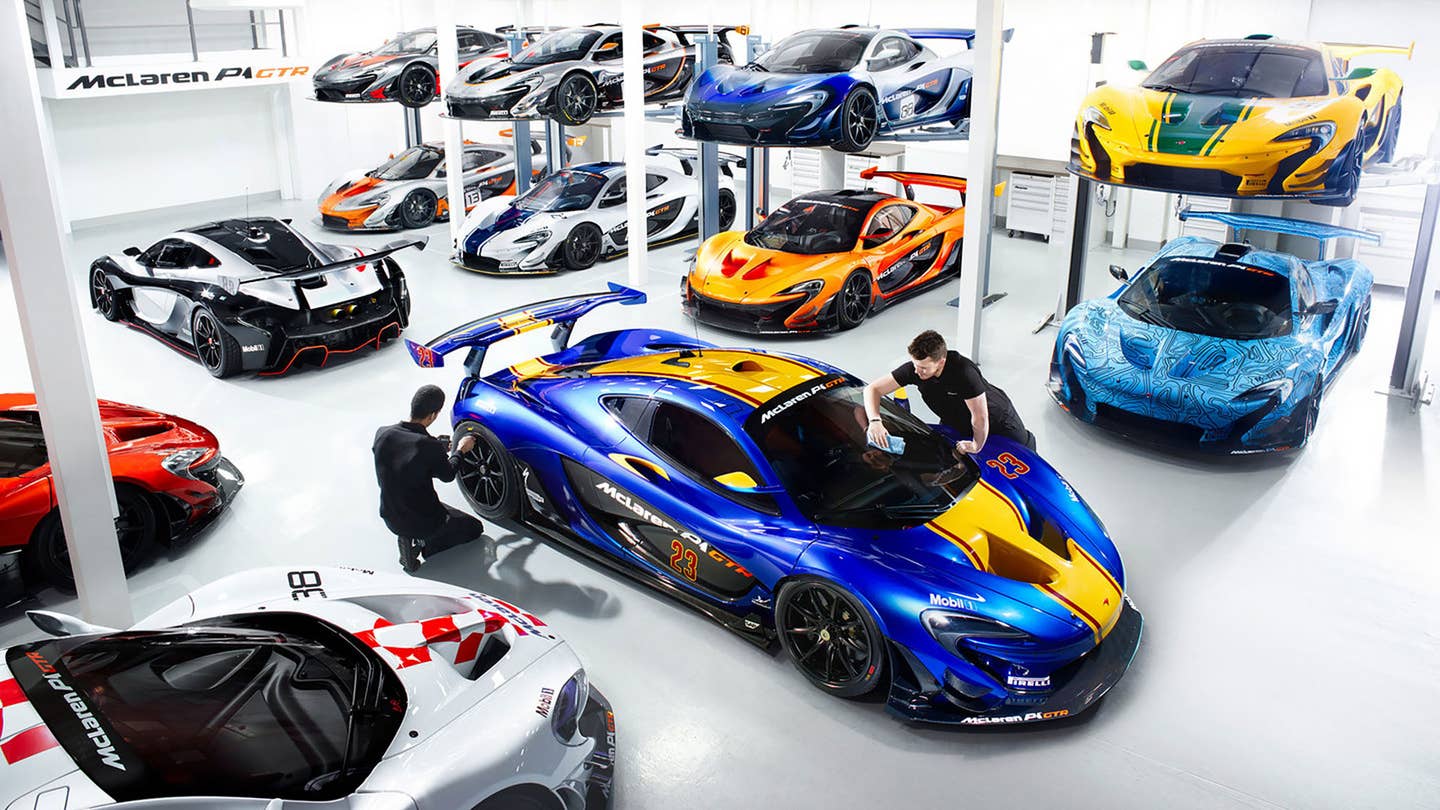 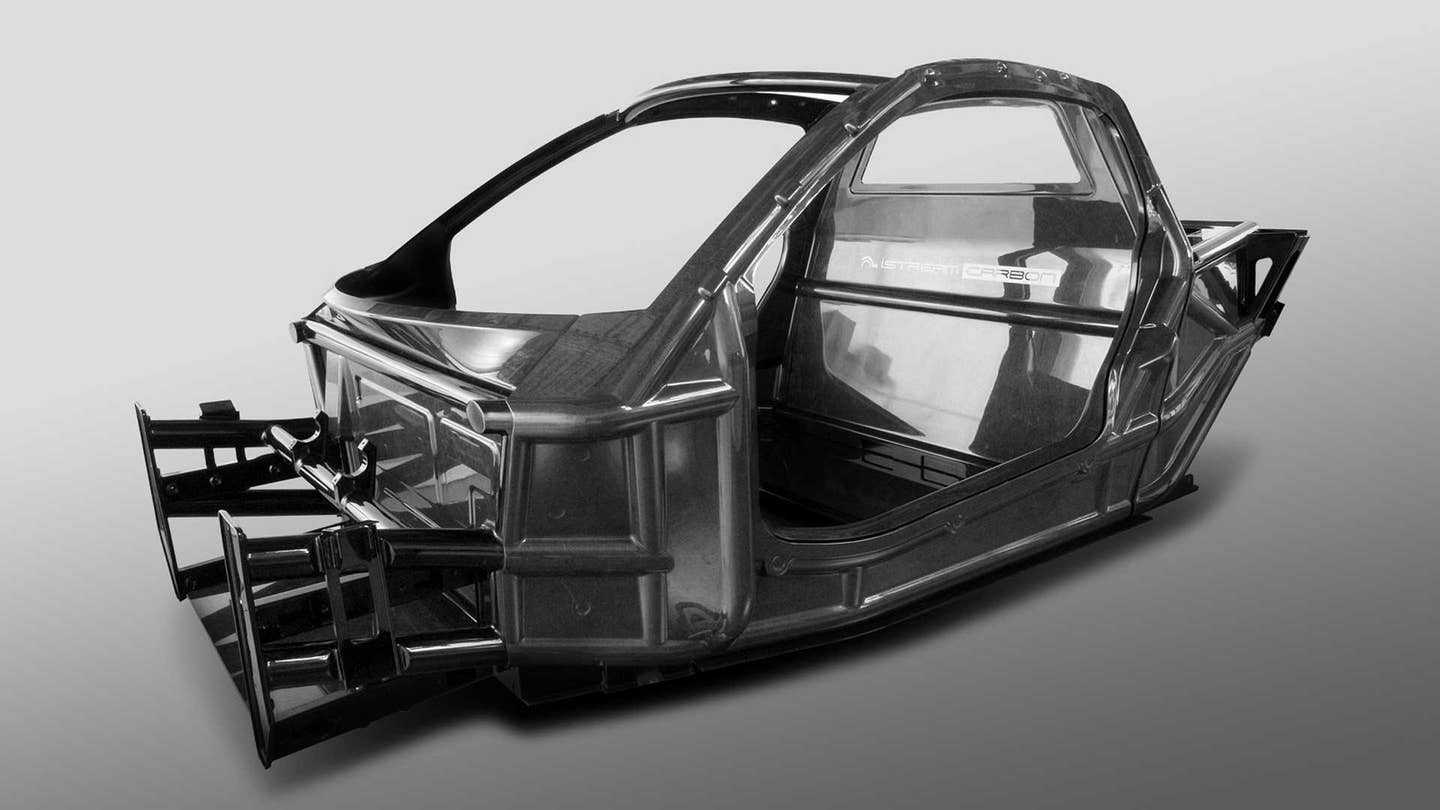