Title favorites Keselowski and Truex were eliminated from The Chase. 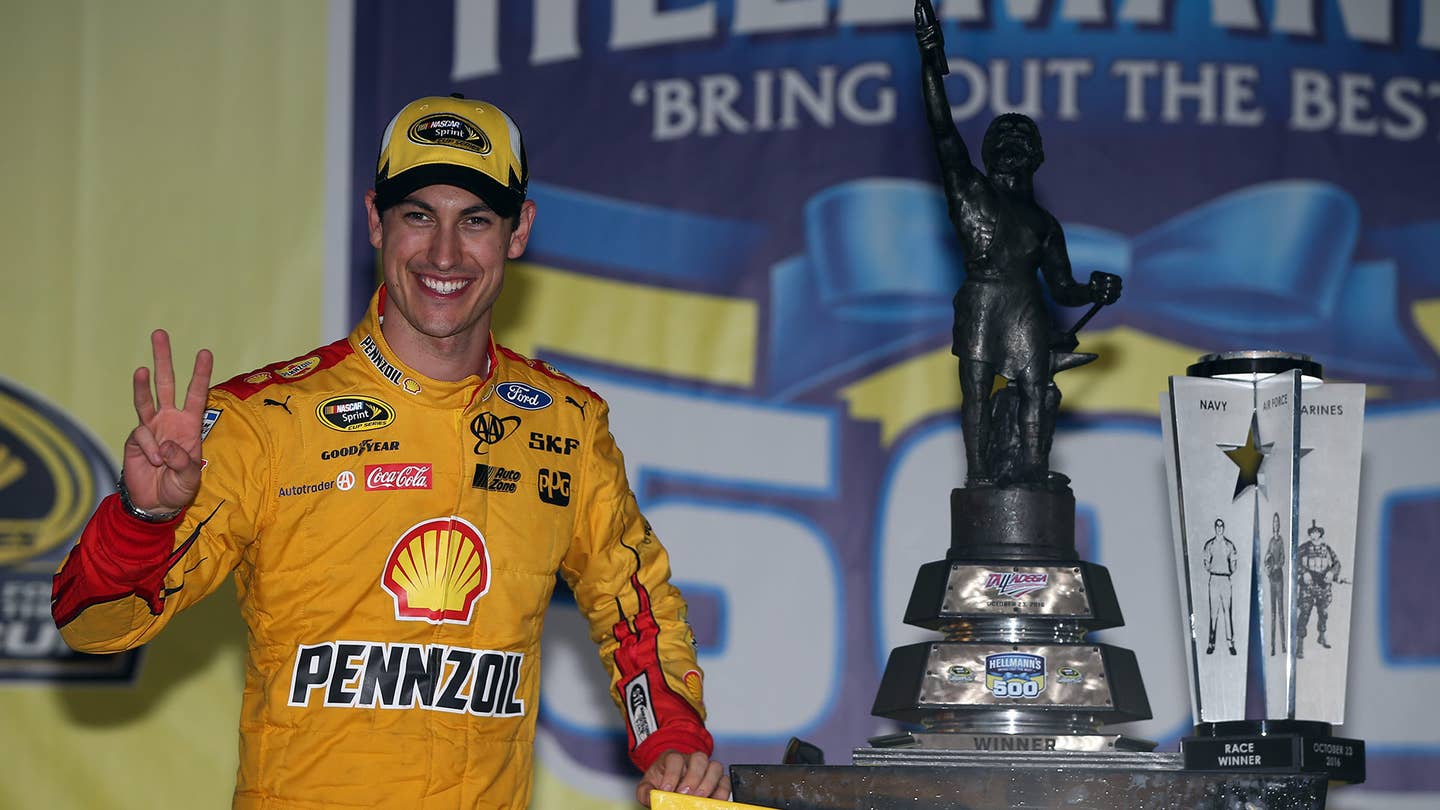 Joey Logano of Penske Racing took his second victory of the season this past weekend in the Hellmann’s 500 at Talladega Superspeedway, enabling him to advance to the Round of 8 in the Chase for the Sprint Cup.

Logano came back to win in spite of some adversity early in the race, after a jack wound up stuck under his car during a pit stop. He went on to lead for 45 laps on his way to winning the final race of the Round of 12.

Logano’s Penske teammate, Brad Keselowski, had significantly less luck during the 500-mile race. After leading for 90 laps, Keselowski’s engine blew with just 43 to go. The failure knocked him out of contention for the NASCAR Sprint Cup Championship, in spite of being tied for most victories on the season thus far with four wins overall.

Also packing four victories in his pocket this year but not advancing: Furniture Row Racing’s Martin Truex Jr. Truex has won three of the last eight races, but found himself eliminated after an early race engine failure.

Rookie Chase Elliott of Hendrick Racing was also eliminated from The Chase​, as well as Richard Childress Racing's Austin Dillon, who's both a driver and the grandson of the team's namesake. Dillon nearly made it through, tying for eighth place in the points standings with Joe Gibbs Racing driver Denny Hamlin, but Hamlin ultimately claimed the spot based on average finishes during that segment of The Chase.

Alongside Logano and Hamlin, Kurt Busch and Kevin Harvick advanced for Stewart Haas Racing, Jimmie Johnson for Hendrick Racing, and Hamlin’s Gibbs teammates Carl Edwards, Kyle Busch, and Matt Kenseth. Kenseth, Edwards and Kyle Busch caused a stir during the race when the three circulated in the back of the pack during the race to avoid getting caught up in any potential big accident.

But the big accident, to some surprise, never came. Usually a large crash is a Talladega fixture, especially considering the way restrictor-plate racing tends to bunch up the field.  Casey Mears was the only driver whose car was listed as retired from the race due to an accident; compare that to this spring's race, when 10 cars were retired due to accident damage.

The eight drivers still eligible for the championship—and the other 32 that are chasing a win and end of season glory—next take to the track on October 30th.