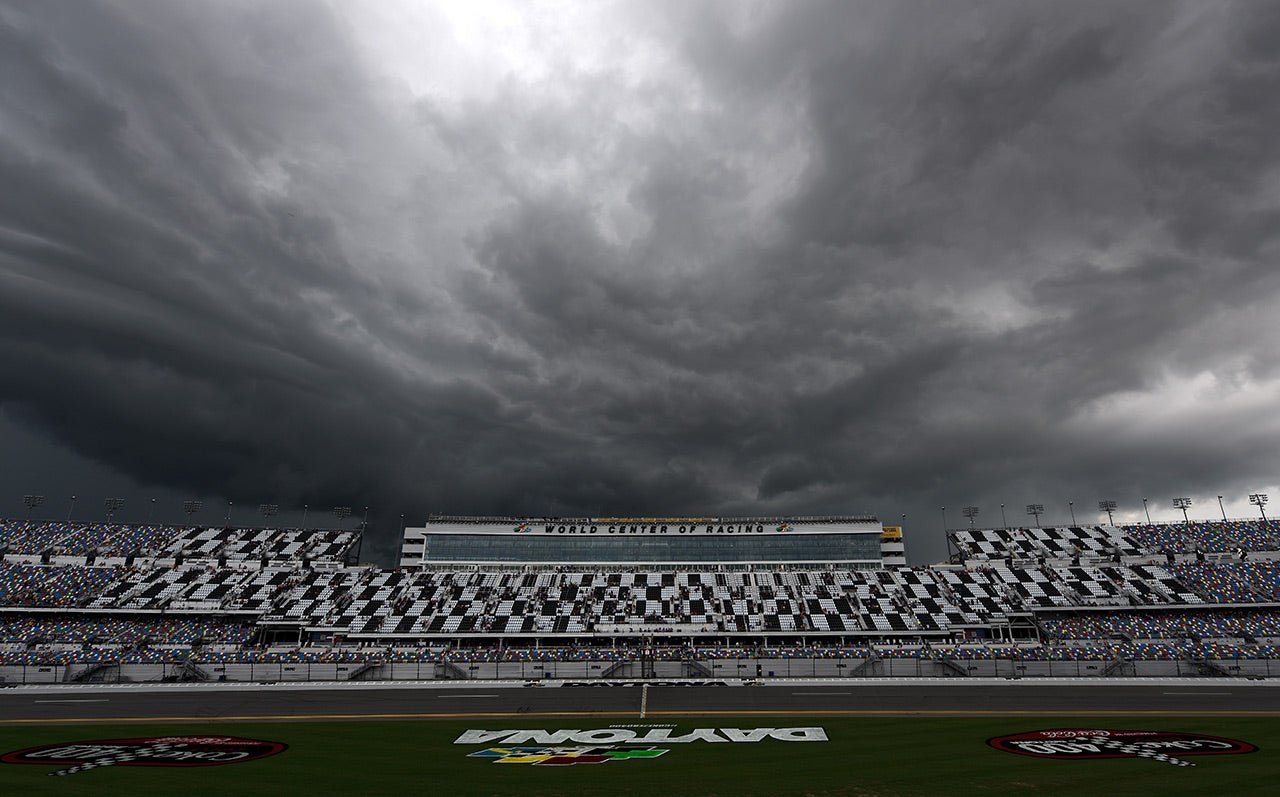 NASCAR Speedweeks are upon us which means one thing: it’s almost time for the Great American Race. The Monster Energy NASCAR Cup Series season has officially started and hype for the most anticipated race of the year is in overdrive. Unlike most sports, NASCAR starts its season with the biggest race of the year—the Daytona 500—NASCAR’s Super Bowl of races. To help you get ready for the 60th annual running of the historic race, we’ve prepared a list of must-know things to help you understand, appreciate, and of course, enjoy the race.

The Daytona 500 will take place at the Daytona International Speedway, the “World Center of Racing” on Sunday, February 18, at 2:30 p.m. EST. The race will air live on Fox Network television. You can also tune in for the play-by-play action of the 200 lap / 500-mile race around the 2.5-mile tri-oval on the Motor Racing Network (MRN).

Forty drivers will compete at the Daytona 500. The top two starting spots are set based on qualifying speeds. Alex Bowman, who is racing in his first full-time Monster Energy NASCAR Cup season, will be the pole sitter for Sunday’s race thanks to turning out the top speed during initial qualifying. After short stints filling in for Dale Earnhardt Jr., NASCAR’s most popular driver, Bowman is replacing him and getting behind the wheel of the No. 88 permanently this season. Denny Hamlin will accompany Bowman on the front row to start the race with the second-fastest qualifying speed.

The annual invitation-only Advance Auto Parts Clash went down hours after Daytona 500 qualifying. Brad Keselowski was the first to cross the finish line after a multi-car crash on the last lap of the 75-lap race. The race is limited to drivers who have previously won The Clash, those who have sat on the Daytona 500 pole in the past and competed full-time in the previous season, and lastly, drivers who qualified for the playoffs last season. Although it's the first competitive race of the season, The Clash doesn’t have any bearings on the Daytona 500, but a nice cash purse is up for grabs.

With the starting front row set, the Can-Am Duels will determine the rest of the starting grid for the Great American Race. How the field lines up behind the pair will be settled by the two 60-lap races on Thursday, February 18 at 2:30 p.m. ET. You can catch the Duels on FOX television or listen live via MRN or SiriusXM NASCAR Radio.

Recently retired two-time Daytona 500 Champion Dale Earnhardt Jr. was named Grand Marshall for the 60th annual Daytona 500. He will give the command and deliver the famous words “Drivers, start your engines.”  Earnhardt Jr. has dominated restrictor-plate racing at Daytona, winning a total of 17 races at the speedway. His dad, the late Dale Earnhardt Sr., had 34 wins at the speedway which is one of two NASCAR tracks that uses restrictor plates.

Two-time Super Bowl-winning quarterback Peyton Manning will be behind the wheel of the pace car for the 60th annual Daytona 500. “Serving as the Honorary Pace Car Driver will be a truly unique and exciting experience,” Manning said. “I want to thank NASCAR, Daytona International Speedway and Nationwide for making this possible. I’m really looking forward to race day.” The retired soon-to-be NFL Hall of Famer will lead the 40 drivers starting the Daytona 500 around the 2.5-mile banked tri-oval at Daytona International Speedway for a lap.

Each week, NASCAR is chock-full of storylines and heading into the Daytona 500, nothing has changed. Much has taken place during the off-season leading up to the kick-off of the 2018 campaign. Drivers have come and gone— most notably, Dale Earnhardt Jr., Matt Kenseth, Bubba Wallace, William Byron, Alex Bowman, and Danica Patrick. Kenseth, who was somewhat forced into retirement, will be missed while fans and enthusiasts have welcomed Wallace, Bowman, and Byron who moved up from NASCAR’s lower level Xfinity Series. The departure of Patrick, who announced that the Daytona 500 would be her final NASCAR ride, will be bittersweet.

As we ponder whether or not Kurt Busch can become a back-to-back winner at the Daytona 500, a new face, Alex Bowman, will start his first Daytona 500 as the pole sitter. All eyes will be on Bowman and his Hendrick Motorsports teammate Chase Elliott who recently changed car numbers. Elliott was the successor to Jeff Gordon’s No. 24, but heading into this season, he will drive his dad’s famed No. 9. There are a lot of high hopes that this will be the year Elliott captures his first Cup win, and winning the Daytona 500 would be huge. He was the pole sitter for the previous two Great American Races.

Most will argue that restrictor plate racing at the World Center of Racing is unpredictable at best and therefore it’s anyone’s race to win. One thing we unequally know heading into the Daytona 500 is that an Earnhardt will be in the starting lineup thanks to Jeffrey Earnhardt, the grandson of the late Dale Earnhardt Sr. He will keep the now 40-year streak alive of an Earnhardt racing in the Daytona 500. Jeffrey Earnhardt will honor his late grandfather at the 60th annual running of the Daytona 500 with a special helmet bearing an image of “The Intimidator” on the 20th anniversary of him winning the big race.