You want a dark horse to cheer for, here he is. 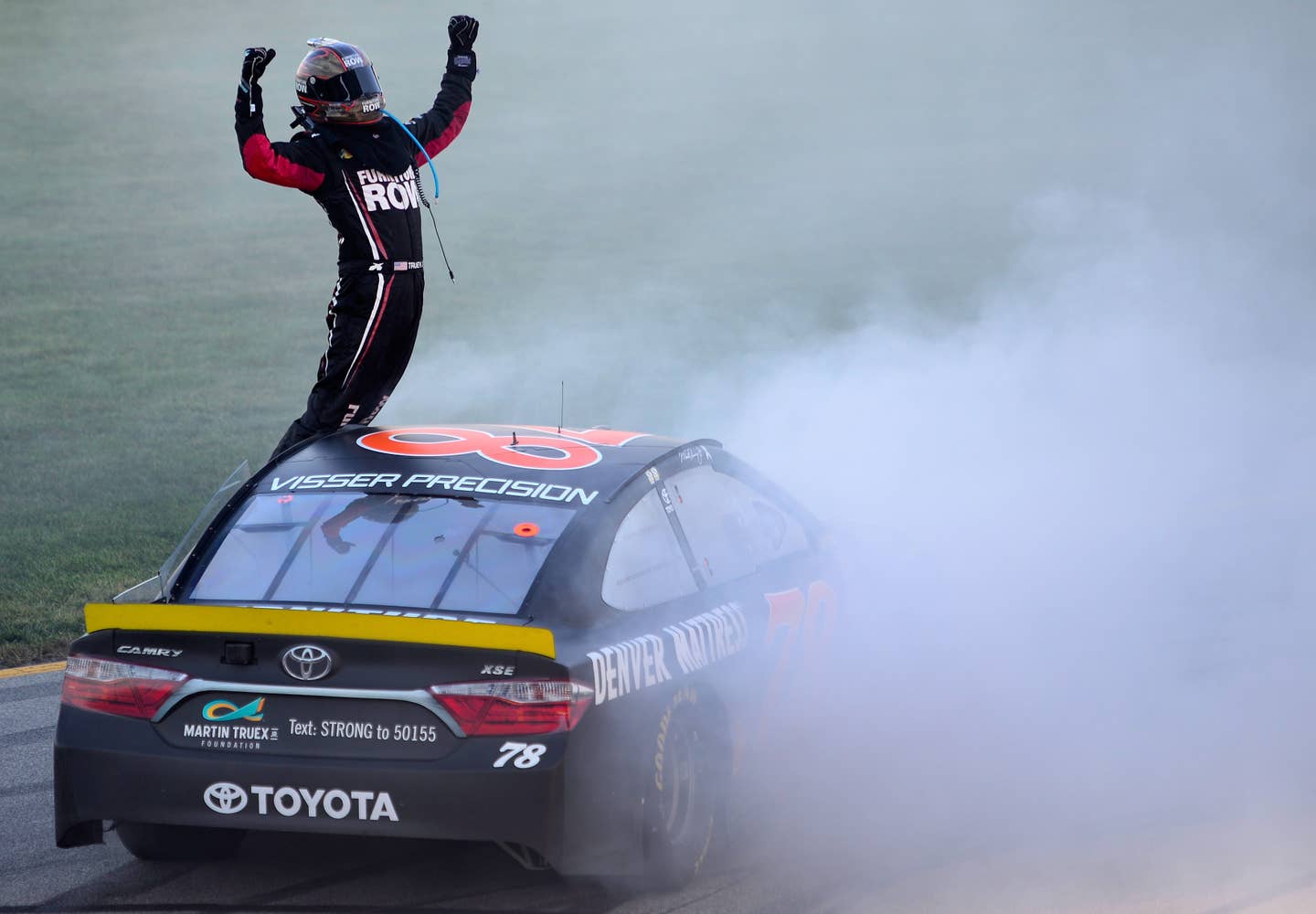 Between now and the NASCAR Sprint Cup series season finale at Homestead-Miami Speedway in November, it will take a calculator to add up all the times we hear radio and TV announcers say, “If the Chase was to end right now…”

Well, if it was to end right now, Martin Truex, Jr., would be the champion, because he won the first race in the Chase for the Championship Sunday at Chicagoland Speedway.

His season in the number 78 Furniture Row Toyota is the best showing for a one-car team since Alan Kulwicki won the championship in 1992, and Truex’s genuine emotion in victory lane, especially when he speaks of his girlfriend, Sherry Pollex, and her fight against ovarian cancer, which she has battled since her diagnosis in 2014, is inspiring.

While Truex punched his ticket into the Chase’s second round – despite the fact that his car, for the second straight event, failed the post-race laser measurement inspection – Jimmie Johnson showed a lot of old-school strength, and Joey Logano (second) Chase Elliott (third) and Brad Keselowski (fifth – fourth-place Ryan Blaney isn’t Chase-eligible) all had solid races. Penske drivers Keselowski and Logano will be tough to beat, and you have to think Joe Gibbs’ guys will be contenders, as well as 2014 champ Kevin Harvick.

But if you want a dark horse to cheer for – and who doesn’t? – Truex is a realistic and worthy choice. If the Chase was to end right now…