The energy storage units will be up and running by the end of December. 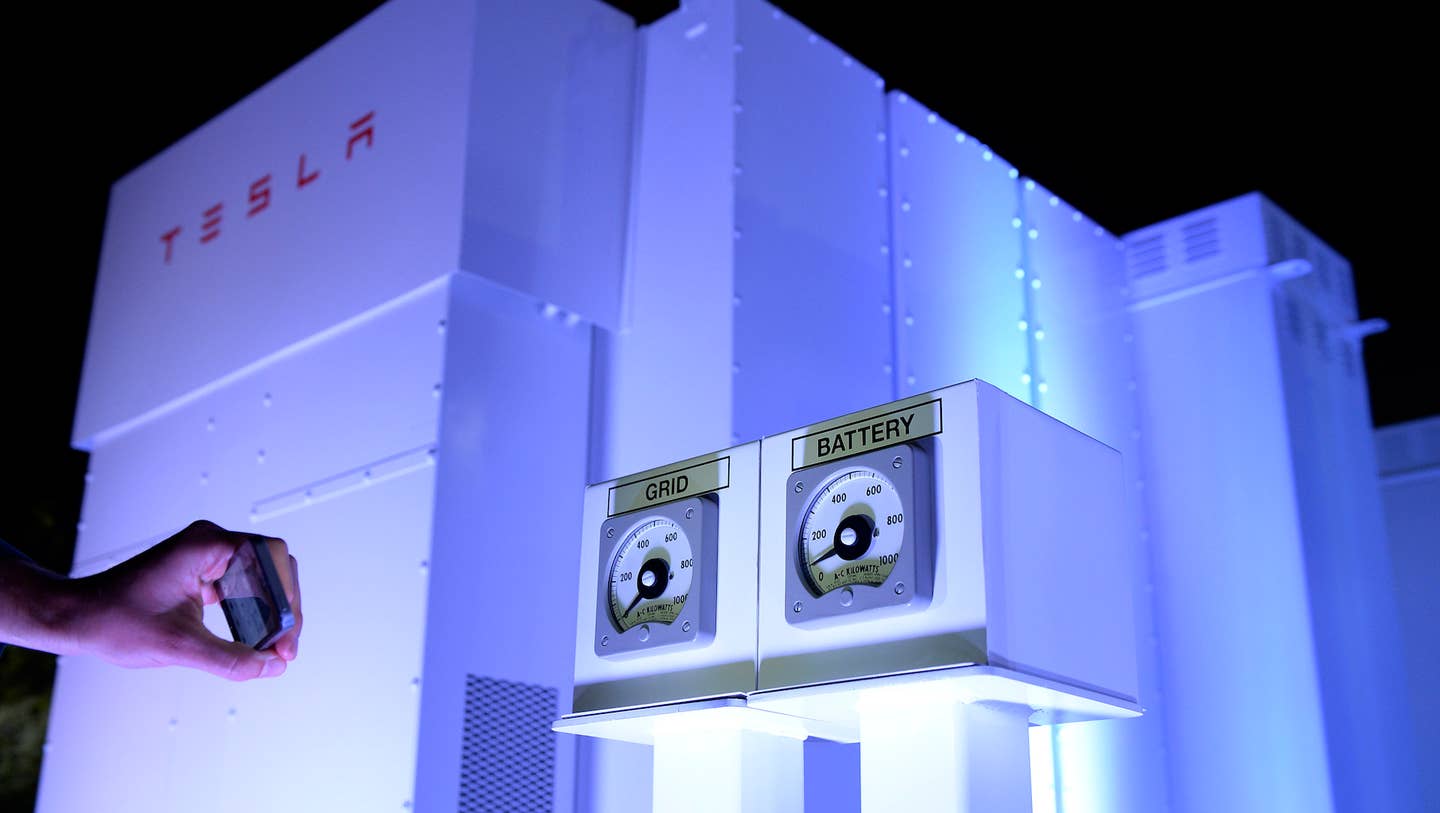 In what is being considered a major win to those in the field of next-level of energy technology, Tesla was awarded a contract to provide thousands of energy storage units to Southern California.

The Southern California Edison energy company contracted out Tesla last week to provide 20-megawatts of energy storage equipment to their power grid. The equipment will be used to stop blackouts should the grid's main fossil-fuel based energy sources fail. The Tesla Powerpack energy storage units will be installed at a SCE substation in Mira Loma and must be up and running by the end of December.

The amount of equipment being installed is enough to keep 2,500 homes with power for a day, or enoughto charge 1,000 Tesla cars, the company claimed in a blog post.

In late 2015, the Aliso Canyon natural gas reservoir ruptured, causing a major spill of methane gas and forcing over 8,000 local residents out of their homes. Following this incident, the California government has been attempting to expand its energy-storage storage efforts to prevent any potential loss of power during times of high electricity usage.

This project is one of the most notable happenings on the energy side of Tesla since the company set out to buy SolarCity in August.