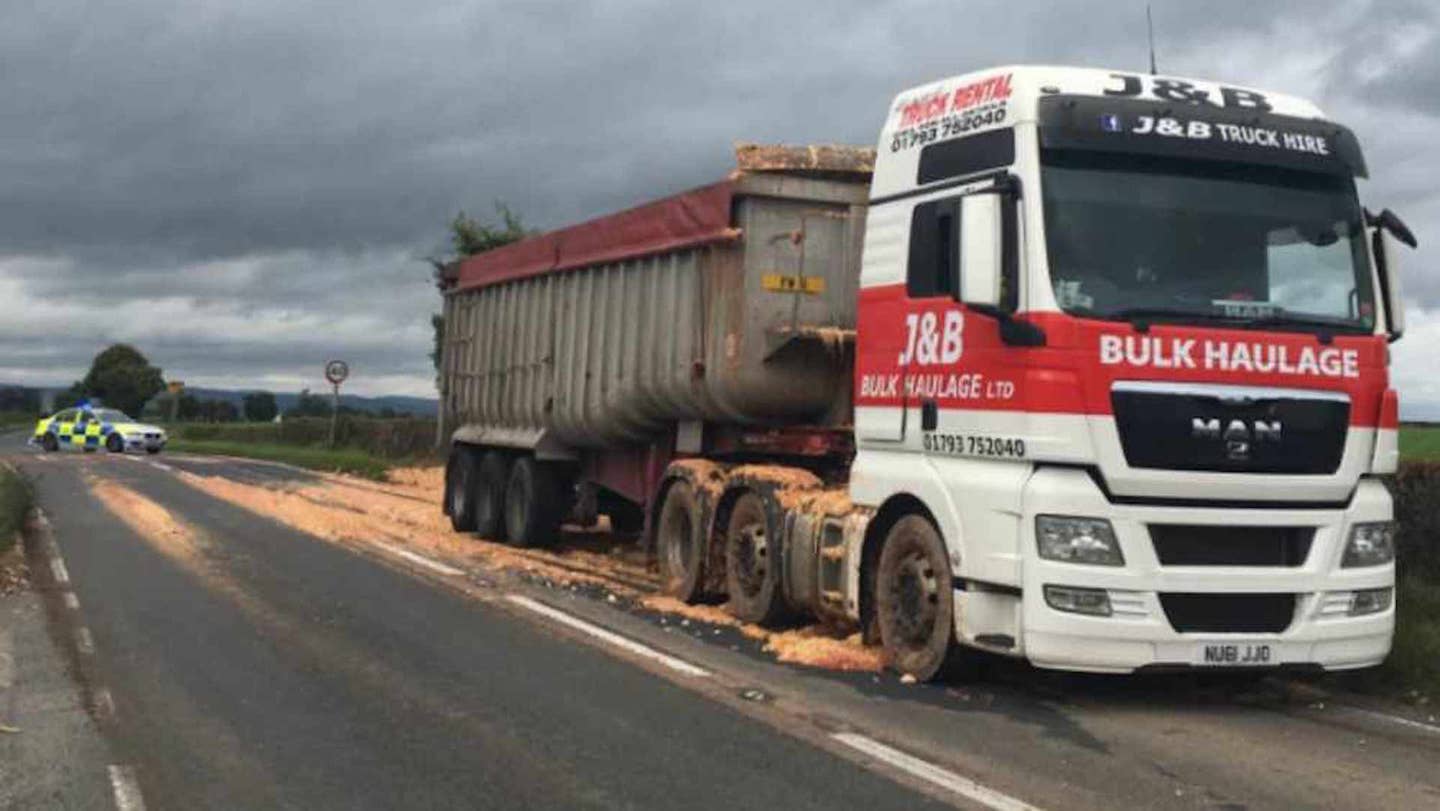 This is a tale so weird that we triple checked to make sure the original source wasn't The Onion. But it's allegedly true. This lorry indeed vomited 22.5 tons of a beloved Italian dish all over the A5 road in Shropshire, England earlier this week. Following the incident, traffic was closed in both directions on the highway for multiple hours, the Shropshire Star reports. No one was injured in the crash, but the truck driver reportedly decided to stay confined to his rig's cabin while the mess was cleaned. C'mon, mate. Get out there with some grated parmesan cheese and a fork and do your part.

In what is likely a first for the local police spokesperson, the officer was quoted as saying the cooked spaghetti bolognese "was just loose. The food is so thick and gloopy that it will take several hours to clear it up." No one, including the police, have weighed in on the all important questions, including why the truck was carrying so much pasta, where it was headed, or whether the pasta was al dente.

We at The Drive aren't food experts (that's what Extra Crispy is for), but that doesn't stop us from speculating about unusual culinary transportation methods. Perhaps this pasta truck was part of a convoy, a garlic bread truck up ahead and a semi brimming with tiramisu bringing up the rear. If The Grand Tour wasn't currently filming elsewhere in the world, we'd almost wonder if this was Jeremy Clarkson's doing.

What Is the Worst Ferrari Ever Made?

Bow to the comprehensive hideousness of the Ferrari 348.