A truck crash outside Cambridge led to a country road getting doused in a primitive sauce. 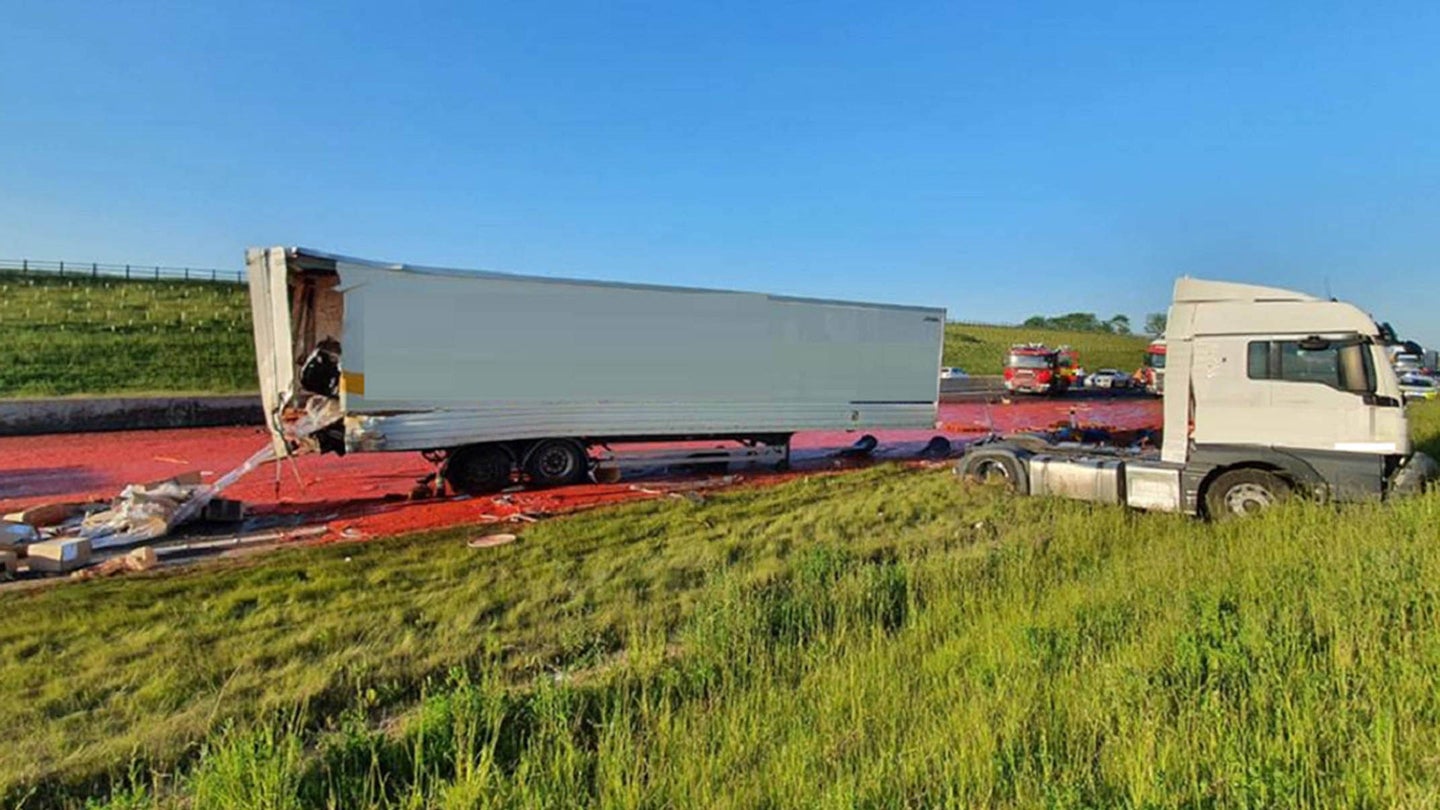 Tomato puree is something we love to see spread on a pizza base or a nice Italian sandwich; it's less desirable to see it coating the surface of the road. Unfortunately, that's just what happened on Tuesday in England when two trucks crashed, saucing down the A14 between Cambridge and Brampton, reports The Guardian.

The news comes to us via Facebook group Truck Loses Load Of..., and that's precisely what occurred here. Two trucks traveling in opposite directions jack-knifed, with one of the haulers losing its load of olive oil and tomato puree all over the road. Unfortunately there was no garlic on board, as the resulting mixture was halfway towards a solid bolognese. The result was a dangerously slick road surface in scenes that resembled a "horror film" according to local law enforcement.

Tomato puree is bad enough on the road surface, creating slippery conditions and accelerating rusting on vehicles due to its high acidity. The spilled olive oil is perhaps the more dangerous component, however, being far more difficult to spot and more likely to cause drivers to lose traction. The road was closed from roughly 7:10 pm the night of the incident until Wednesday afternoon in order to carry out emergency resurfacing works to rectify the situation. The quick response from authorities is admirable, though we're perhaps disappointed there was no opportunity for drivers to do donuts in the accidental pasta sauce.

Thankfully, nobody was seriously hurt, with only one of the drivers injured and later discharged from hospital, according to BBC News. The results could have easily been worse had heavy traffic been flowing through the area with a large oil and tomato slick on the road.

Truck spills can often be quite the spectacle, particularly when food is involved. Highlights include giant pools of chocolate on a Polish highway and a load of frozen pizzas dumped on the road in Arkansas. If only all highway incidents could be as tasty as these.