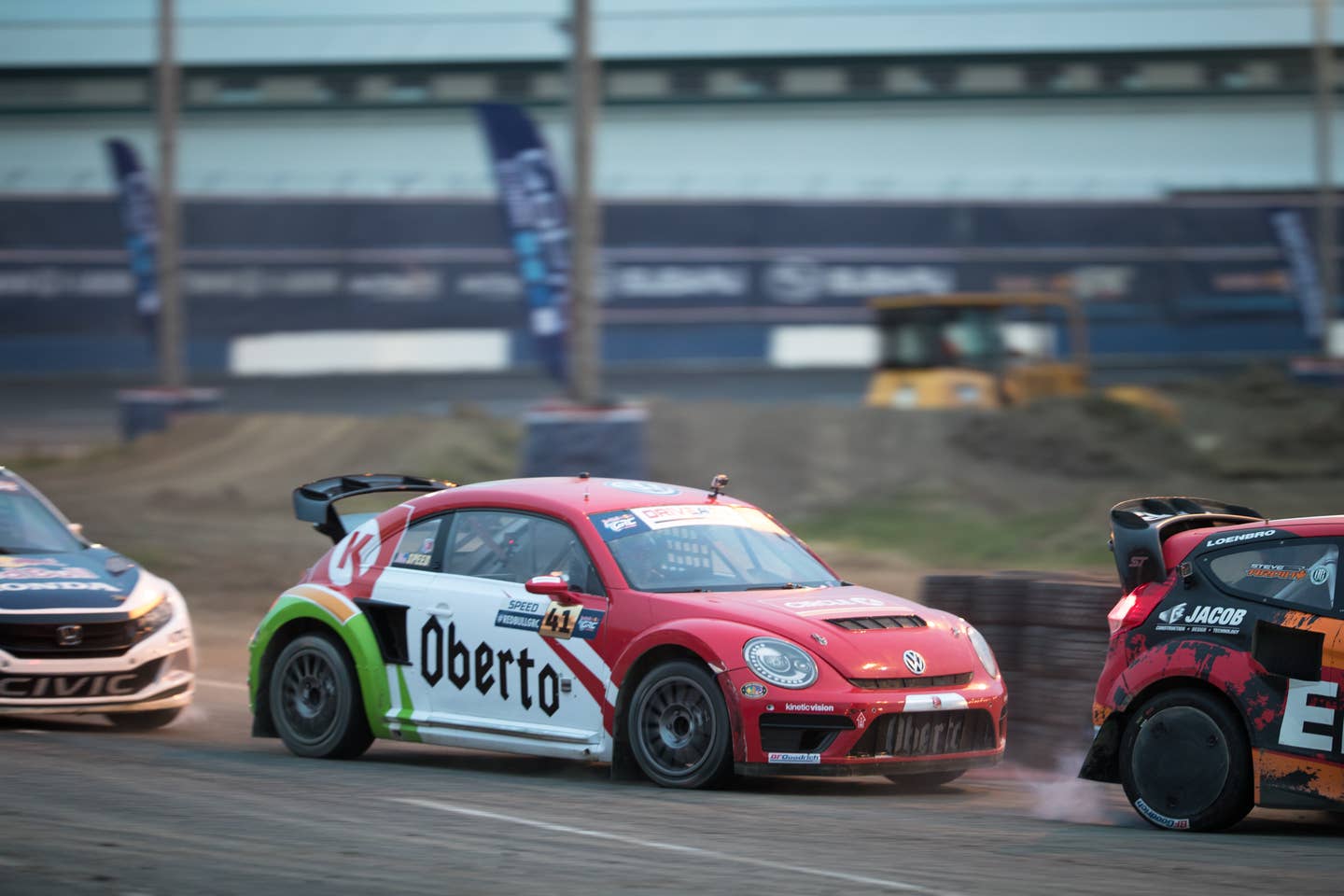 At the season finale of the Red Bull Global Rallycross series in Los Angeles Sunday, it was clear the title would go to the Andretti Volkswagen team, but it wasn’t clear whether it would be Tanner Foust or Scott Speed.

When the dust (literally) cleared, Speed had won his second straight title. The race was won by Chip Ganassi Racing Brian Deegan in a Ford Fiesta ST, his first victory in five years.

Keep Tryin’ Brian! If that isn’t his fan club’s slogan, it ought to be.

Speed finished the race second, Patrik Sandell was third, and Foust was fourth.