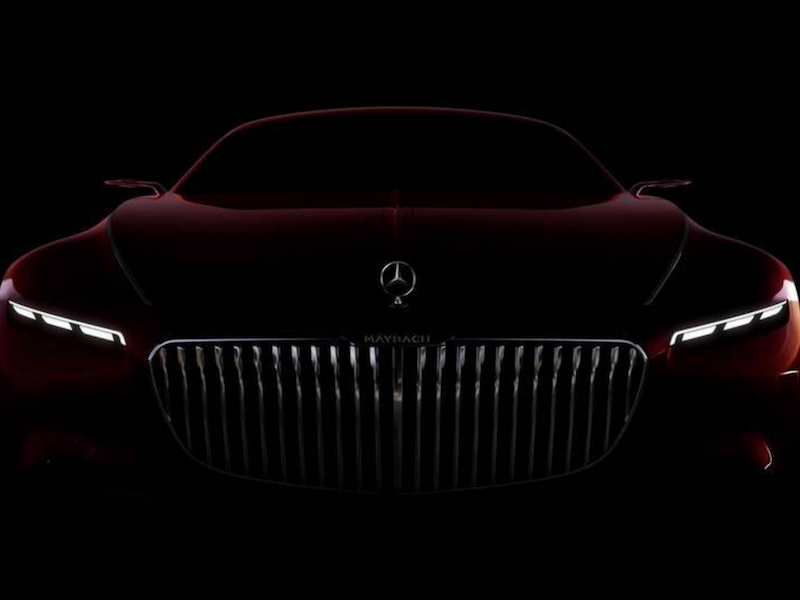 The automotive spectacular that is the Pebble Beach Concours d'Elegance is nearly here, and automakers are getting more aggressive about teasing the cool concept cars they have in store—including Mercedes-Benz and its Vision Mercedes-Maybach 6 concept. We can tell because the German automaker has thrown up a video showing a bit more of the car's exterior and capturing its gullwing doors in action.

We first saw the concept coupe when Mercedes-Benz teased it in a photo uploaded to Instagram last week, with a caption that read "Hot & cool - almost 6 meters of ultimate luxury," which lead us to believe the car was almost 20 feet long. Since then, however, Mercedes has dropped two more teasers on the popular social medium: a front view that shows off the car's aggressive headlights and broad grille, and a quick video revealing quite a bit more.

From the video, we can see that the Maybach has the gullwing doors made famous on cars like the 300SL, swoopy design lines that flow along the nearly-20-foot-long body, and a vertically-slotted grille with a Maybach logo on top.

But few cars can make it all the way it their debut without someone revealing the pictures early, and it seems the Vision Mercedes-Maybach 6 concept is no exception. After Mercedes-Benz posted its official teaser video to Instagram, Auto Express posted what appears to be leaked official images of the ultra-long concept coupe. If you're the sort who likes to read all the spoilers before you see a movie, you can find those pictures here. Otherwise, check back with The Drive on Thursday for our coverage of the Mercedes-Maybach concept's official Pebble Beach unveiling.