There’s camping, glamping, and then this previously unknown level of motorized excess. 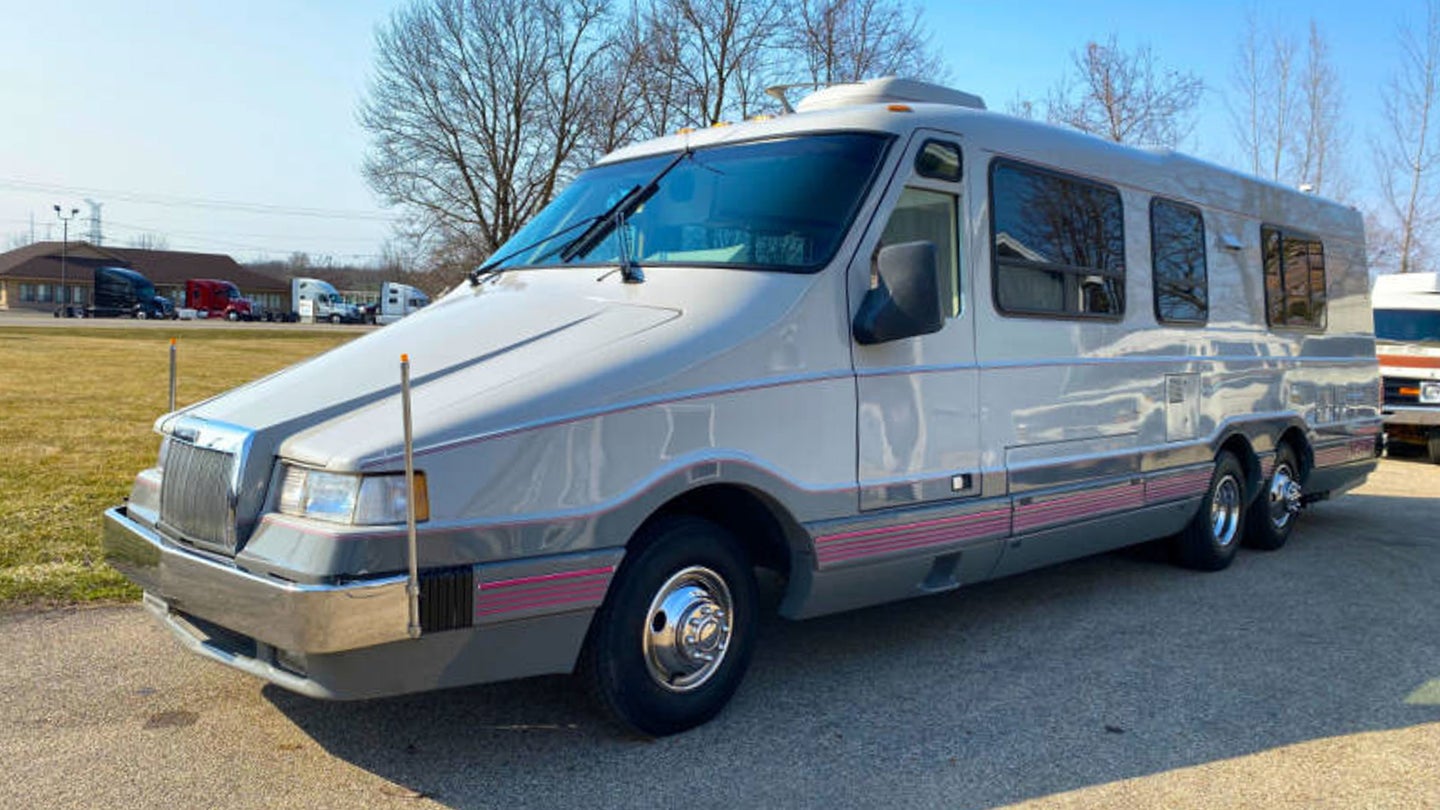 In the late '80s, as the United States was flush with cash, style meant either landau tops or Testarossa strakes. If you needed a party bus that could flex, though, your options were pretty dire. The Fleetwood Bounder—yes, the one from Breaking Bad—was the most popular option of the decade, and while it sold well, its typical Frigidaire-beige paint was lacking that punch one might need after a long day of trading options or touring with Van Halen.

Enter the EMC El Dorado Starfire, which is currently for sale here!

The Drive spoke with the seller of this monster, Darrin Tosh of D & L Auto Sales, who said he'd picked it up unexpectedly as a barn find while out buying a different camper van. It was interesting, weird, and so clean he decided to pick the El Dorado too. When he found it, it was more or less a time capsule with only 22,000 miles on the odometer, and it was stored after the original owner passed away, so getting it back to this condition was relatively easy for Tosh.

Produced for only three short years at the end of the decade, the El Dorado Starfire took a simple formula from luxury cars of the era, including the Lincoln it took its front fascia from: complicate and add plushness. The Starfire shown here is a 31-foot model in essentially perfect time-capsule condition, all built on a 1986 Ford F-350 chassis with a 460-cubic-inch V8 propelling the entire package.

Inside, there's seating for 13 people on a variety of bench-style couches and captain's chairs, all finished in a delightfully '80s pink fabric and tied together with shag carpet pulled straight out of my grandparents' house. Twin A/C units, a cassette-deck head unit with built-in tape storage, a furnace, a bathroom with a shower, a stovetop and mini-fridge, a VHS player, and two CRT televisions make this a better-appointed vehicle than some of the studio apartments I've rented.

The original sale price, according to Tosh, was upwards of $80,000 dollars in 1986, although now it could be yours for $34,950. While he has it listed to sell, as a test run, he did get together his whole family and take them out for breakfast, comfortably seating 10 on the way. I can reasonably say that very few IHOP crews have ever rolled so hard in human history.

Did You Know Mitsubishi Made an Old-School Willys Jeep Until 1998?

They built around 200,000 of the off-roaders under license.

This thing has a lot going for it, starting with that longhorn skull up front.