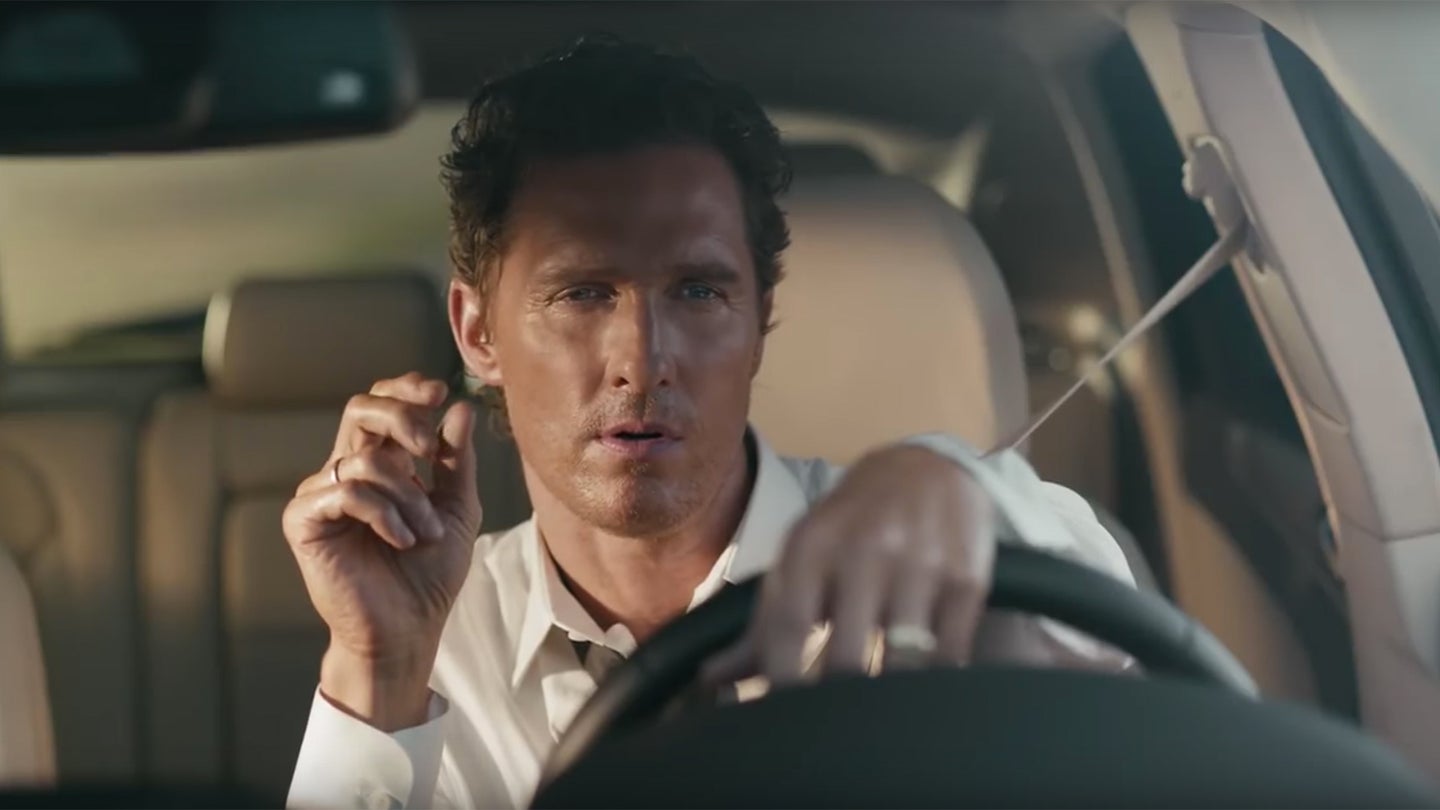 Lincoln's famously obscure car commercials featuring Matthew McConaughey's philosophical musings (and occasional bongo concerts) have gained a lot of attention over the last few years. The abstract, free-association verbiage has been a prime target for parodies—and this latest one, which takes shots from the real ads and overlays them with a dead-on McConaughey impersonator reading scripts generated by an artificial intelligence program trying to imitate the originals, is simultaneously creepy, hilarious, and somehow just as off-kilter.

Predictive text AI programs work along similar lines as the auto-complete functions on your smartphone messaging and email apps, except in a more advanced way. You can feed a program a large language data set—like, say, a series of car commercial scripts—and it will figure out how individual words have been paired up and structured as it tries to recreate its own version. Key word: tries.

Because the software isn't following any sort of narrative flow, instead trying to determine the likelihood of one given word following another, the result is often hilariously bad. But you can't take sense away from something that had very little to begin with; ergo these computer-generated Lincoln ads, assembled by PartCatalog.com and voiced by Matthew McConaughey impersonator Jonathan Nyberg, could be mistaken for the real things. That is, until you get to the part about the ghosts.

If you're wondering why this computer program seems so obsessed with mortality, it traces back to a single line in one of the Lincoln MKC commercials back in 2015 where McConaughey makes a few vague references to going backwards, forwards, and chasing ghosts. The AI also keeps coming back to the phrase "the sweet spot," which is another strange fixation.

Outside of those moments, though, it seems like the robots are ready to take at least one job: bizarro automotive ad copy writing.