It’s been family-owned since it was formed in 1960. 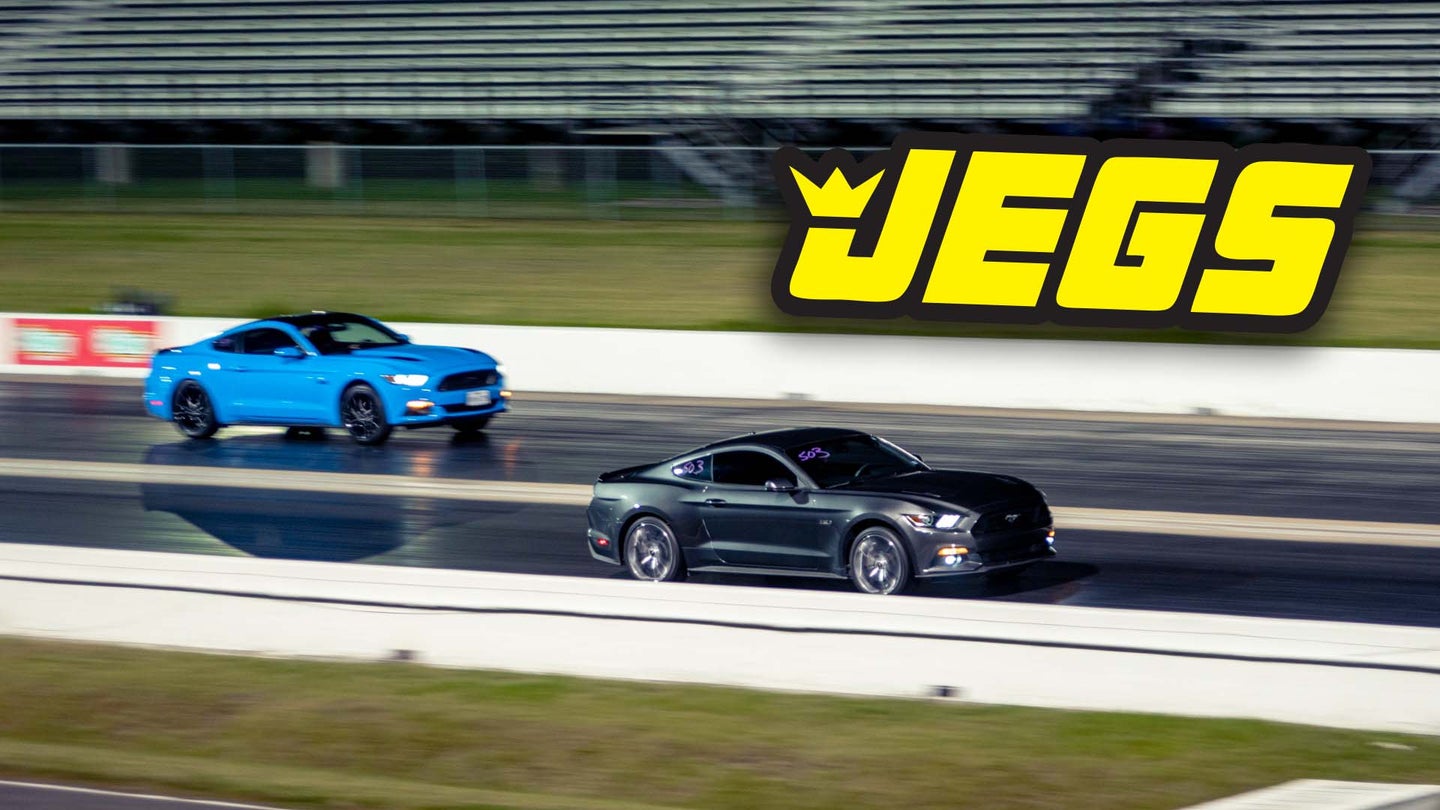 Jegs, the mail-order auto parts behemoth that has been firmly embedded in the American aftermarket scene since its formation in 1960, has been purchased by a private-equity firm. This is the first time the company has ever received private funding, according to a report from Dragzine, marking a stark departure from its family-owned status for the past 62 years.

The retailer, which has approximately 400 employees, was an old-school model for the American success story. According to Team Jegs, the company's in-house drag racing team, Jeg Coughlin Sr. began mail-ordering parts for his personal drag cars after realizing it was the only way to get the components he wanted to install. After winning with his machines—and getting attention on them—Coughlin Sr. realized there was a parts market to capture in the Midwest. Soon after, Jegs was formed. From there the company grew to a mainstay of American tuning, and the company's race team is one of the more successful in NHRA history, with Coughlin Sr. boasting 11 NHRA divisional wins alone.

Greenbriar Equity, the purchasing private-equity firm, is a bit less storied. The company was founded in 1999 and, according to its site, focuses on supply-chain investments and advanced engineering. Greenbriar has only a handful of other automotive-related investments, but it has a variety of shipping and logistics companies under its purview.

The Coughlin family will retain a minority ownership stake, although because Jegs is private, exact financial splits are unclear. The initial reason funding was sought and the company was sold is also unknown. Both the Coughlin family and the Greenbriar groups' statements focused on company growth, and Jegs had sought a new CEO with experience in mail-order industries as recently as five years ago to help with expansion. It's unclear what this will mean for the business, although for now, those parts should keep flowing in the mail.

Got a tip or question for the author? Contact her directly: caleb@thedrive.com

You Can Buy This Ready-to-Race Drag Strip in Kansas for $1.5 Million

It even comes with a Christmas tree, just not the kind with presents underneath.

The California Air Resources Board says the penalty is the largest in its agency’s history involving aftermarket parts.