Cosworth's 3.0-liter V10 Formula One engines were some of the greatest sounding F1 engines of all time, but its design didn't start with all ten cylinders arranged into one engine. It started with this incredible one-cylinder test mule.

It's not too unusual for Cosworth to make test mules that are essentially a smaller chunk of its engine designs to extrapolate out into a larger finished engine. Both the 6.5-liter Aston Martin Valkyrie V12 and the 3.9-liter Gordon Murray T.50 V12 started as three-cylinder test mules.

As DriveTribe's Mike Fernie explains, today's Cosworth performance engines are designed from the top down, ensuring first and foremost that each combustion chamber hits the targets they've set for power and efficiency. These mules—which rev just as high as the full engines—ensure each piece of the engine is right before they make a full version.

The most extreme mule in Cosworth's collection is just a single cylinder developed in 1998 and 1999 for a Jaguar F1 V10. It has a displacement of just 200 cc, but still revs up to 20,000 RPM. Emissions weren't a concern for that project, but performance certainly was. For Cosworth, starting with one cylinder's design was the fastest, least expensive way to scale up to 10 cylinders. Speed was important given that teams were allowed to keep developing their engines in between races back then.

Perhaps the most fascinating thing about these Cosworth test mules is that the horsepower figures for each chunk are spot-on in proportion to the size of the whole engine. That three-cylinder quarter of the roughly 1,000-hp Valkyrie V12 is 250 hp, and the single-cylinder mule for the 900-hp F1 V10 was 90 hp.

Given how awkward single-cylinder tractor engines sound, I don't expect this one-piston wonder to sound even a tenth as nice as the finished V10, nor is it as balanced as the finished product. It certainly is cool, though. 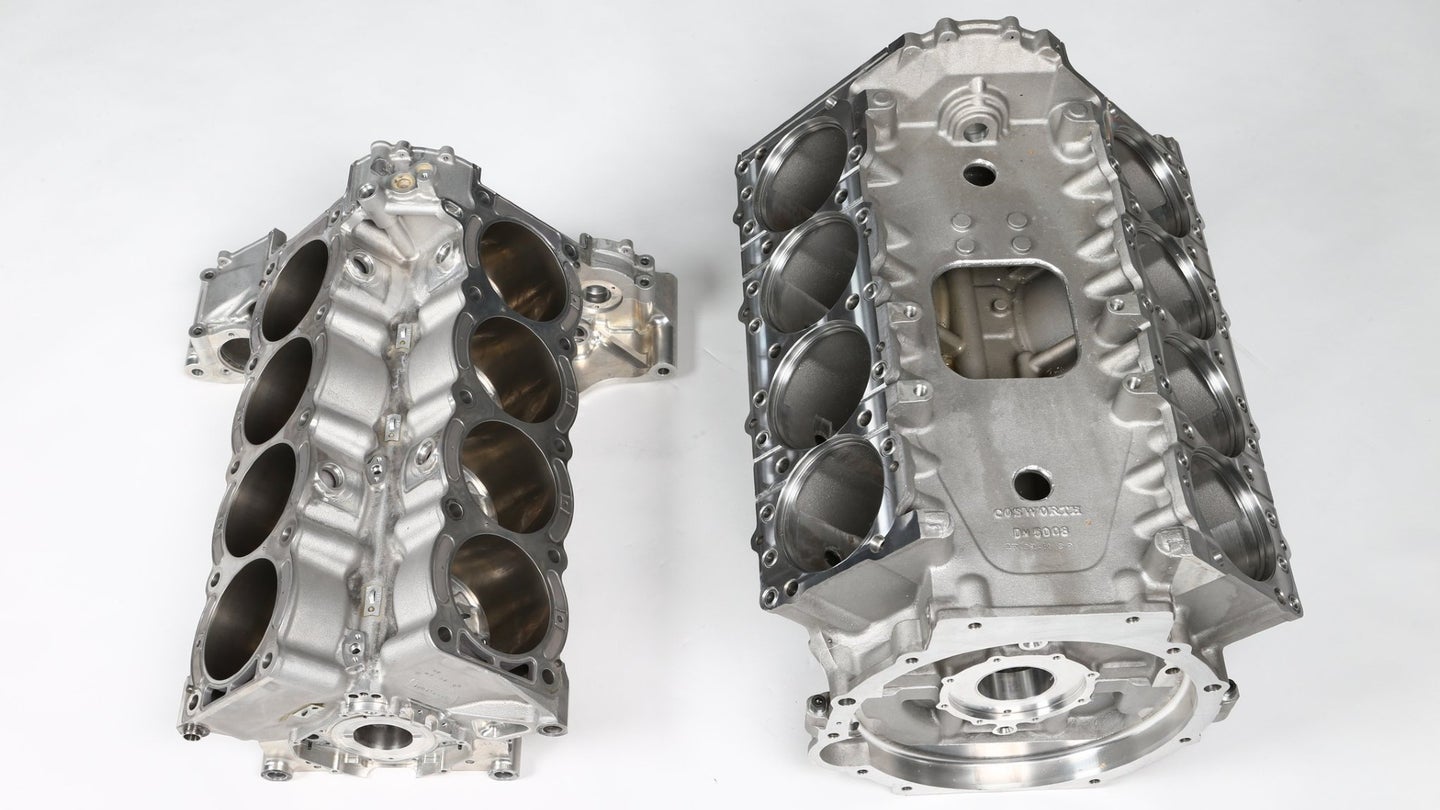 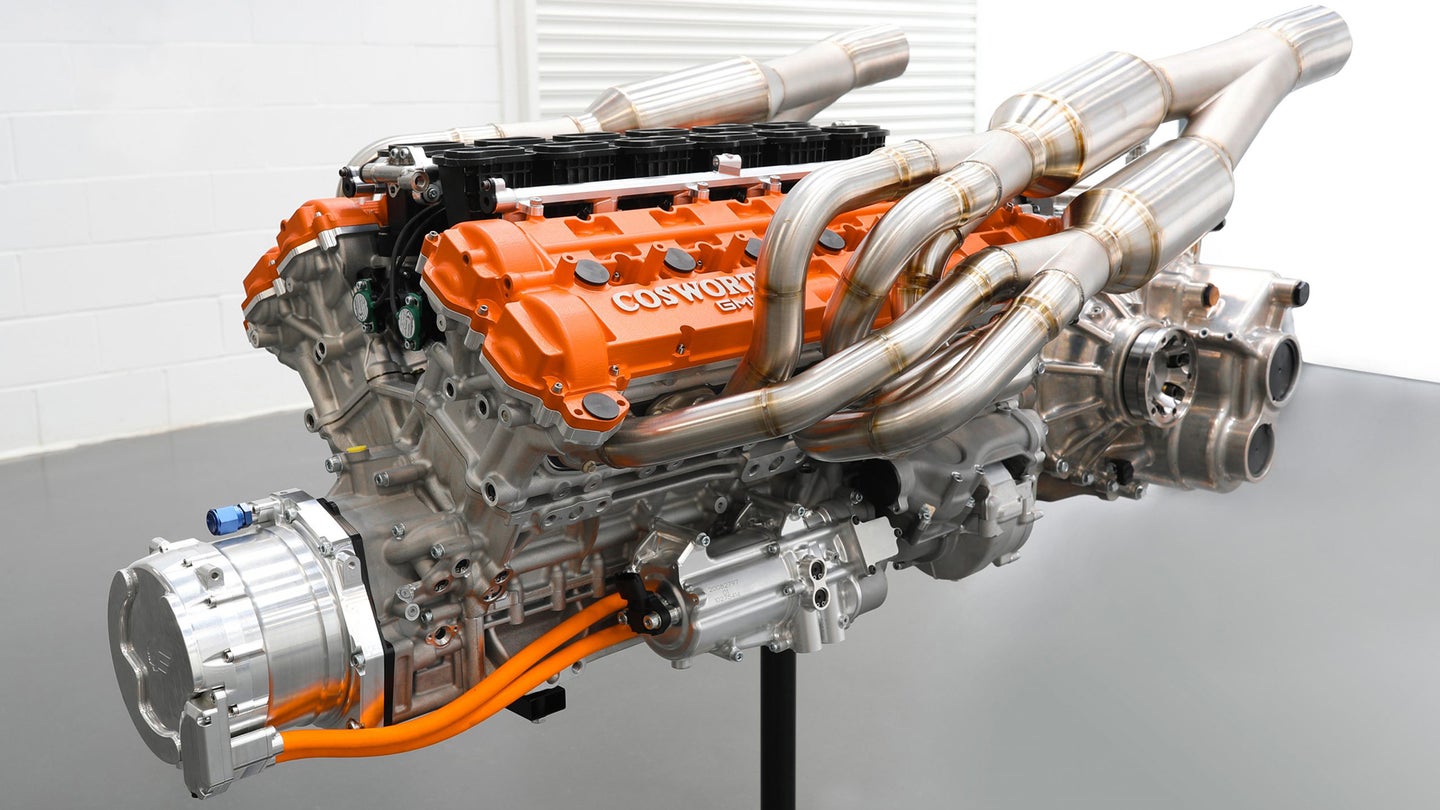