I Was an Engineer at a Major Automaker. Here’s the Bright Side of the Job

You can learn a lot of useful lessons while standing next to a giant vat of molten aluminum.

Once upon a time, before I wrote articles for the global automotive media machine, I worked as an engineer at one of the world's largest automakers. It was an interesting role, and one in which I learned a great deal. I met a ton of new people and picked up all manner of useful skills. Looking back and reflecting on the experience, I've boiled it down into a brief history of my time working in the big hot shed. I'd like to tell you about it because I think there's some value in it for everyone.

As an automotive journalist, I realize that the public doesn't really get a good look at what goes on inside a real car company. Whether you just want a peek behind the curtain, or you're an engineering student that's curious about the real experience of working in engineering, this is for you. You might even learn some lessons that will serve you well in pursuing your own career! As with everything in life, there were good parts and there were bad parts. Today, I'm going to tell you about the good parts.

My road into the automotive sector was pretty much textbook. After slogging through a four-year aerospace and mechanical engineering degree, I decided I desperately wanted to be a rockstar. Thus, I spent two years fronting an indie rock band while running my own guitar effects business to keep my engineering skills current. Realistically, I probably should have focused on the music, but oh well. The entire band simply stopped talking to each other after a show one day, and I went on to enter a graduate program with a major automaker. For reasons of professional courtesy and legal propriety, I won't name which one, but it was one of the biggest automakers in the world during the time I worked there.

Overall, I learned a ton there, such as what it takes to be a professional engineer and how to communicate on a technical level with colleagues across the whole plant. I also learned how to listen, as there's a ton of information that a young engineer needs to soak up quickly in order to run with the bulls. Perhaps most importantly, though, I made some good friends and learned how we achieve more when we work well with others.

My posting was, sadly for me, not to a glamorous design studio or vehicle development role. Instead, I worked in an aluminum casting plant and was charged with helping to optimize the production of various gearbox housings, differential casings, and other aluminum components. Things got off to an interesting start, as the engineer that hired me promptly announced his retirement two weeks after I showed up. However, I was paired with another experienced hand and began learning the finer details of the field.

As a young engineer, it was great being thrown into the thick of things from day one. The first two weeks of the job were spent hanging out with the machine operators on the factory floor, where we saw what it took to keep these gigantic old casting machines pumping out parts round the clock. We learned how to start the machines and condition the castings to prepare them for shipment to other factories. We also learned how to identify problems and troubleshoot the casting process.

If you're unfamiliar with what aluminum die casting looks like, check out the educational video below. It provides information on how cold-chamber aluminum casting is done and shows off older machines of similar sophistication to those used in the plant I worked in. Modern, new-build factories are much brighter, cleaner spaces, but our factory was an oily, dim place with old-fashioned machinery, switchgear and fittings.

No word of a lie, it's pretty fun when you're suddenly a qualified adult and are allowed to climb all over the big, greasy, industrial machinery, and the guys even let you push the buttons. That was dope. There were robots and hydraulics and CNC machines and forklifts hauling around giant pots full of molten aluminum. It was hardcore industrial shit, and I was right at the beating heart of the action.

The operators were wily guys who knew what it took to keep the machines going. They clued us in to their way of thinking and some of the cultural and technical differences of opinion they had with the engineering team. They were cool guys who taught me a ton, and they treated me like a pal from the beginning. It reminded me of my days stacking shelves with the boys on night duty in my earlier retail jobs; there was a great camaraderie about it all.

With my on-the-floor experience in hand, we were then thrown into the tumult of daily life in engineering. As graduates, we were invited to all the meetings and were very much included from the outset. Asking questions in those meetings was always encouraged, and it made it easy to gain familiarity with the plant and the casting process in general.

My day-to-day work mostly involved running statistics to figure out what casting defects were most common on certain parts, and then investigating causes and fixes for those defects. I also worked on a few casting trials for new parts and helped institute an inspection regime to monitor the casting process. (If you work in die casting and have spent a lot of time working on monitoring the casting process in any way—be it thermal, physical, or otherwise—drop me a line. I'd love to hear about your experiences, purely for my own interest.)

Due to the fast pace of work and certain operational needs at the plant, graduates were given real projects within our first two months of arrival. It felt valuable being able to contribute so quickly, and our ideas and analyses were by and large treated with due heed and respect. Somewhat surprisingly, looking back, we mostly didn't have to push hard to build a reputation as fresh engineers. If our words were backed up by the right figures and sound reasoning, we were taken seriously and given what we needed to do our jobs.

The engineering team was heavily worked and somewhat scattered in their roles, so I spent little time with them outside daily meetings. Instead, much of my time was spent working with the machine operators, maintenance crews, and toolmakers who toiled on the giant casting dies.

The thing is, at the end of the day and in any engineering field, you need to work with other people. Whether it's suppliers, the people on the production line, or the gang that handles shipping and logistics, you need to get along with all of them. If you can't convince management to stop production to run some trial castings, you'll never be able to test your theories or solve any issues. Similarly, your casting trial won't run if the machine operators can't understand what you're asking them to do.

The number one thing I learned in this area—and the number one piece of advice I can offer—is that you need to know what you're doing from start to finish before you talk to anyone. If you can't back up what you're doing, or you're not sure, you'll be sent packing every time you suggest something. If, however, you march up and say, "We need to run a trial of castings with a longer die close time to see if this solves our leak issue on the lower boss," and can answer any relevant questions as to why, you're good. Back up your requests with solid reasoning based on good engineering, and people will nod and go along with whatever it is you're asking them to do.

Hanging With the Team

Away from the bureaucracy of the office and management, I was able to work with these incredibly skilled people to tackle problems and keep castings pumping out of the machines. I had a great relationship with almost all of them, and they were always willing to share a laugh or teach me something I didn't know. The latter was critical to avoid showing up to an engineering meeting unable to explain why the machine I was in charge of had suddenly stopped making parts.

I usually ate at the same time as these guys, too, and they'd put The Ellen DeGeneres Show on because it was the least awful thing on daytime TV. I'd always wanted to send Ellen a pic of the gang at the plant to see if I could get them on the show; it remains one of my great regrets I was never able to achieve this.

Lunch often involved larrikin attitudes and a few crass jokes; Ted (not his real name) once chimed in, teasing, "Hey Larry, that's a big ol' sausage you got there for lunch!" spurring chuckles from the assembled crew. Not missing a beat, I loudly yelled, "Don't you think it's funny that a sausage LOOKS LIKE A PENIS?!" The room went silent. Nobody laughed. Ah, we had fun.

Other highlights included talking cars with the other grads, something that pushed me to purchase a sports car of my very own. Occasionally, we'd sneak out on a long lunch to buy a whole-ass cheesecake and eat it before heading back to work in the late afternoon. They were a good bunch of guys, though I suspect none still remain at the plant. 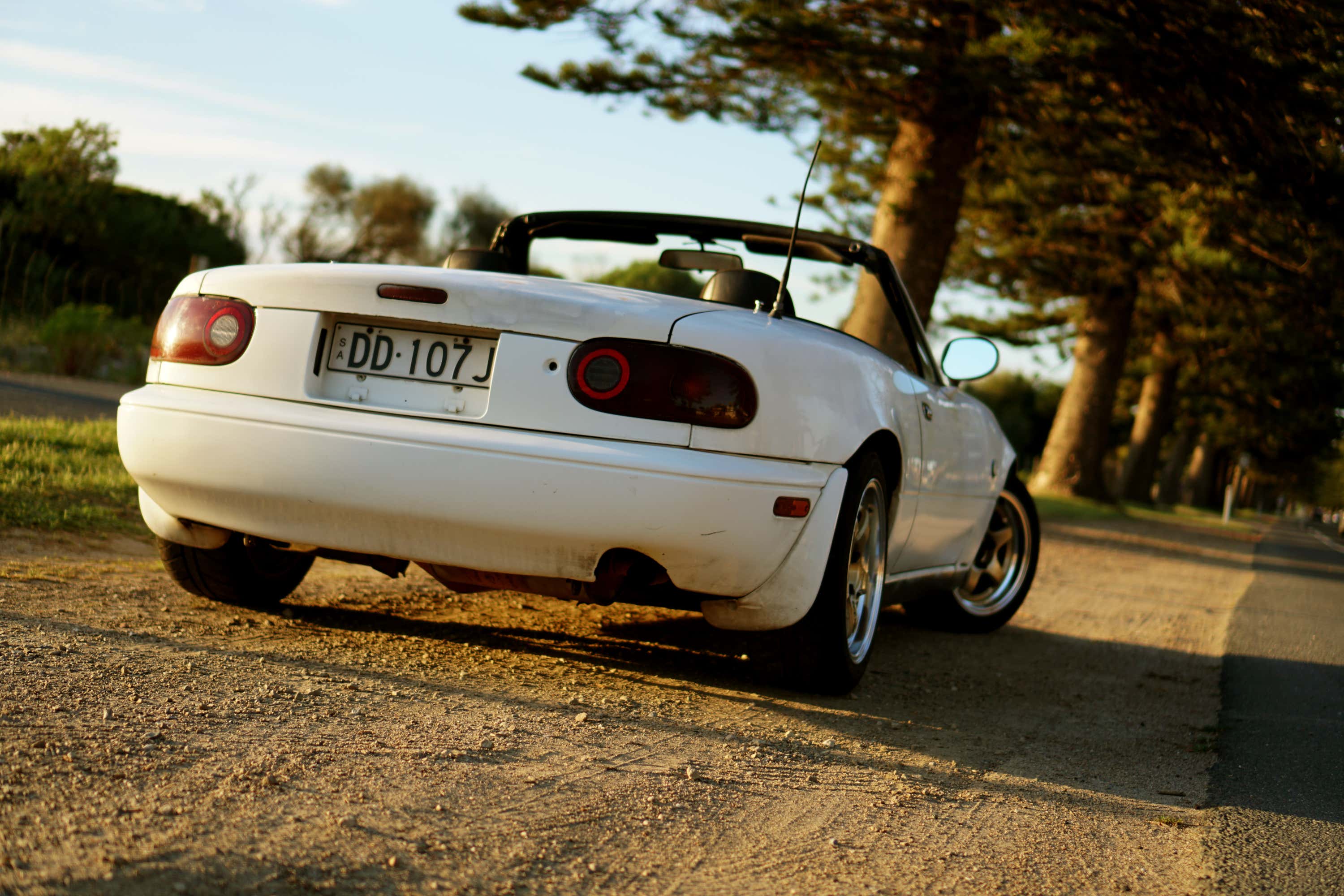 In the end, my own tenure in the role was brief for reasons we'll explore in an article following this one. Regardless, it's all part of my life story that brought me to where I am today. It ended up being a very mixed experience, but I really enjoyed getting to dive into the thick of things, learning on the job and getting real hands-on experience with big industrial machines. I now understand a ton about aluminum casting and how statistical analysis and process control are key in manufacturing.

But I also acquired other skills, too, like how to wheel and deal in a professional environment. Even though it's been over five since I worked at the plant, some of the lessons I learned there—the value of interpersonal relationships, how to be clear, concise, and informed in my communication, how to make things happen (as well as how to make things not happen, too) and the cruciality of collaboration—have followed me in life since. It turns out you can pick up a thing or two from just about anywhere, whether it be in the classroom or standing next to a giant vat of molten aluminum.