From fine tuning a production model’s aero to driving an F1 car upside down, everything’s (theoretically) possible in the 1.6-mile Catesby Tunnel. 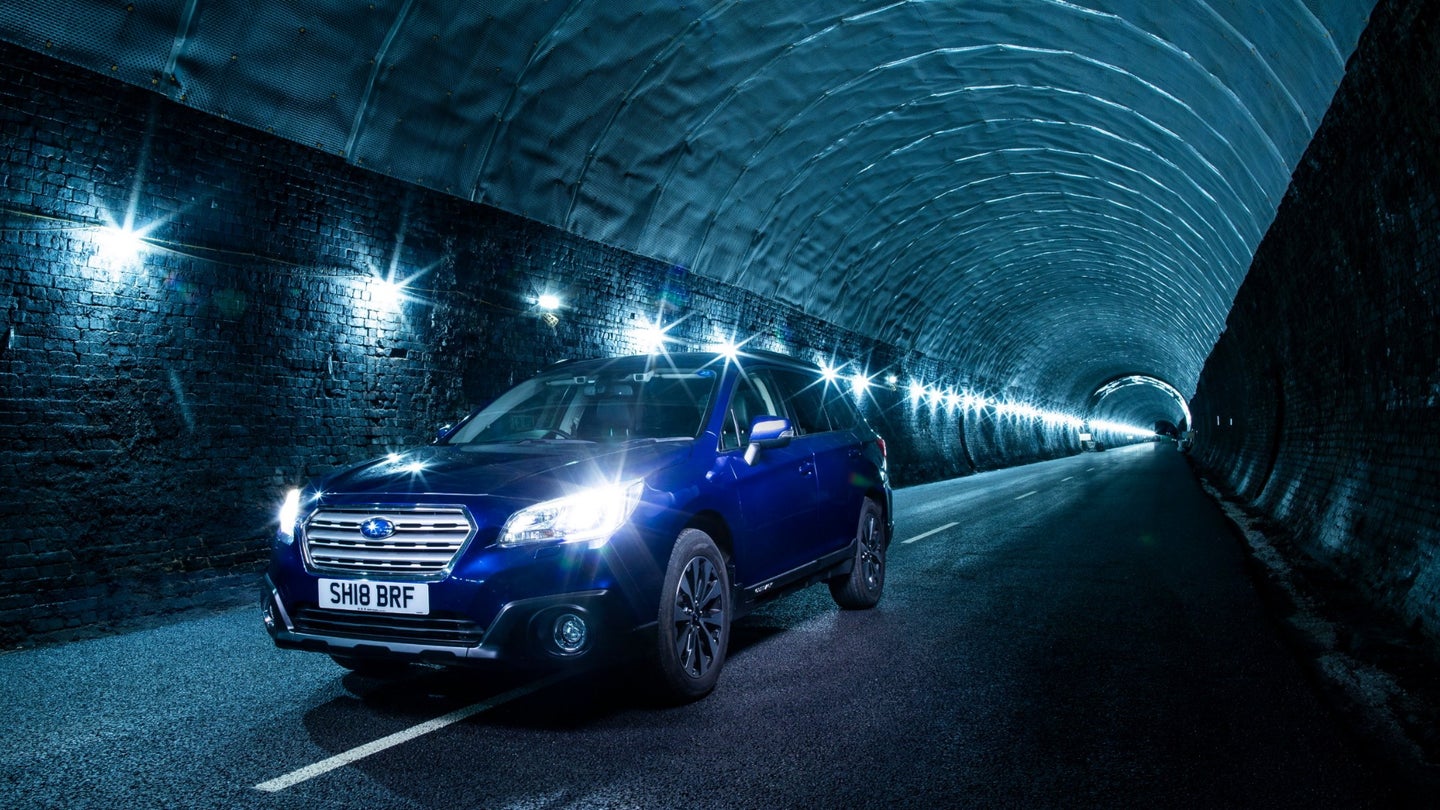 Wind tunnels are marvels of simulation technology. A vital resource for the aerospace industry, racing teams, and automakers alike, the enormous machines are becoming especially important in the age of range-chasing EVs. They have their problems, though. They're expensive to build and run, and they're also limited in their testing envelope. It's these very issues that got U.K.-based company Totalsim thinking.

As Autocar reports, Totalsim, which offers simulation services for a variety of racing teams, decided to switch up the classic wind tunnel layout. Instead of having the air move around a stationary car, they decided to have a moving car speed through stationary air. That seems pretty obvious and a little too good to be true, and indeed it requires a lot more than a nice flat road. It requires extraordinarily still air that can only be offered by something like a disused railway tunnel.

It wasn't easy, but the company found such a tunnel located in the English town of Daventry, cutting through a hill on what used to be the Catesby estate. The tunnel, which measures 1.6 miles in length, was acquired in 2013. Since then, it's been undergoing a transformation into a state-of-the-art testing center.

Construction of the Victorian-era tunnel began in 1895. According to the project's website, the "underground nature of the construction was a result of Catesby Estate owner, Henry Attenborough, objecting to unsightly trains passing through the landscape." I guess that's as good a reason as any to build a tunnel, right? In any case, after 30 million bricks and two years of construction, the first train passed through in 1898. The structure would stay in service for another 68 years until September of 1966, at which point it was operationally retired.

Fast forward to 2013, and Totalsim—as a member of a partnership known as Aero Research Partners—began the development of the tunnel project, beginning a multi-million dollar restoration and transformation venture to turn it into a research facility. Water was drained, vents were cleared, and after several years of work, the tunnel has begun to take shape. Its floor, almost perfectly flat and straight, is being paved with a glass-smooth layer of asphalt.

"We were amazed when we actually scanned it,” said Jon Paton, an aerodynamicist at Totalsim in conversation with Autocar. “It’s within a couple of centimeters of being perfect.”

That perfection is important, as it's difficult to come close to duplicating the same accuracy and repeatability of a wind tunnel. Totalsim thinks it will be pretty close, though. In a document on its website, the company states the tunnel contains "a still, dry climate with a constant temperature. It is the perfect location for repeatable testing, combining the advantages of open-road tests with the predictability and control of laboratory conditions." Basically, it's as good as a wind tunnel as you can get without actually being in a wind tunnel. In some ways, it's actually more capable as well. As Autocar notes, the American racing outfit Chip Ganassi Racing made a similar tunnel acquisition in Pennsylvania back in 2003, and it's since used its structure to do things like lead/follow testing, something that's more difficult to do in a conventional wind tunnel.

As well as refinishing the tunnel itself, massive turntables have been added on each end of the roadway to prevent constant multi-point turnarounds. Totalsim has also constructed a building at the entrance of the underground roadway to better facilitate testing. If all goes well, there are additional plans to construct a small campus of structures that Totalsim calls a "science park" nearby.

According to the company, a slew of important customers are practically on the site's doorstep. Aston Martin, JLR and Mini. Five F1 teams—Alpine, Williams, Mercedes, Aston Martin, and Red Bull—are all within a 50-mile radius of the facility. Those may seem like the obvious choices for folks to do business with, but there are also other interesting players and ideas in the mix. The author of the Autocar article, Mike Duff, notes that the tunnel would be one of the few places where you could test if an F1 car actually makes enough downforce to drive upside down. In response to this, aerodynamicist Paton notes that "Yep, that has been suggested as well," and the article states that several record attempts are already being considered for the site. “People keep coming up with new ideas, some of which we hadn’t even thought of. The answer is usually: ‘Why not?’” Paton says.

So whether it's driving inverted due to sheer downforce or more conventional aerodynamic testing, it seems like Catesby will be a very capable facility. After eight years of work, the nearly $27-million investment into the site might just be worth it. The tunnel opens for business next month.

At the time, they were the only electric Minis on the planet.