Pagani might use this influx of cash to finally build a Huayra successor. 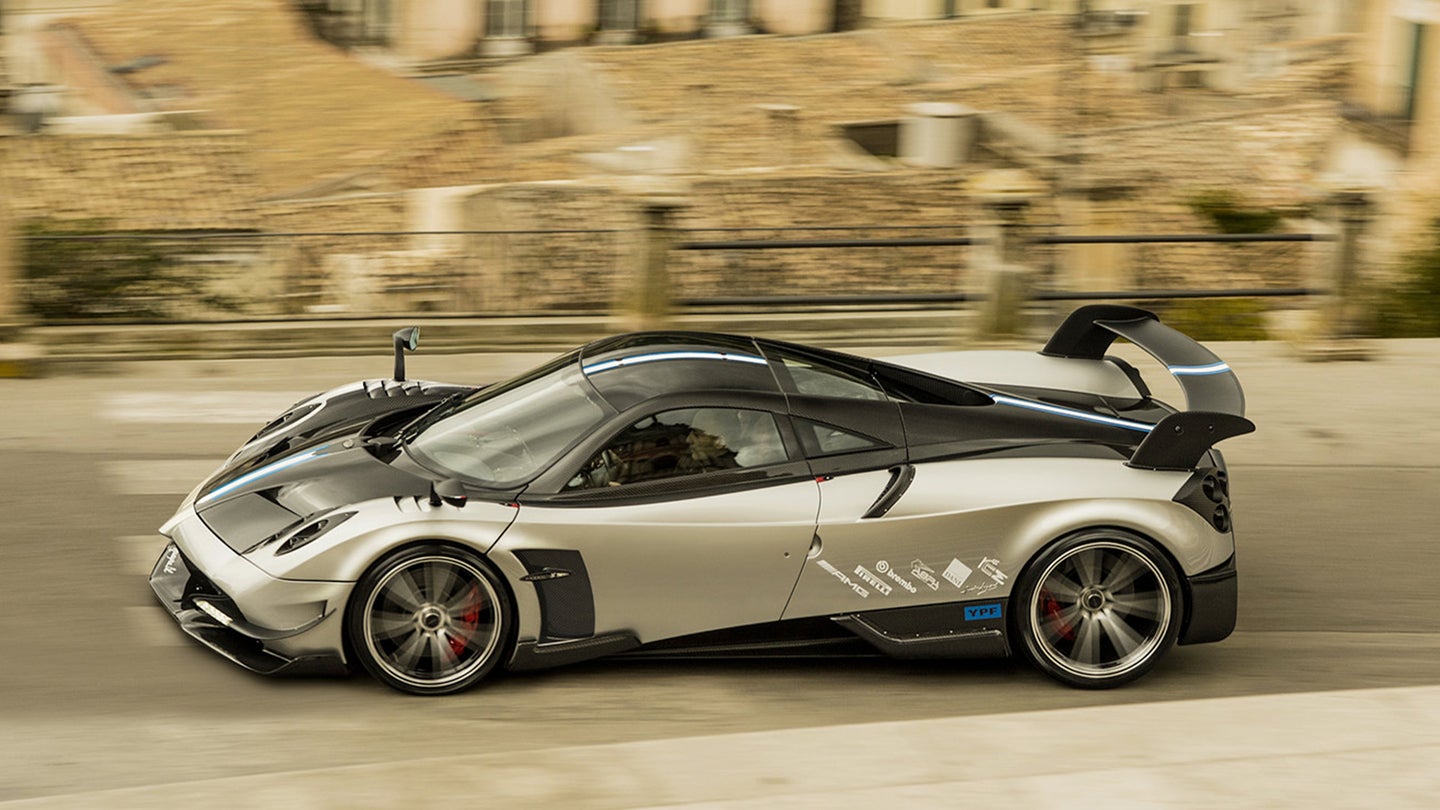 Buying a new Pagani is certainly a flex, though it may not be enough if you're a Saudi Arabian official. Instead, the real move is to buy a minority stake in Pagani on the country's behalf so it can branch out from just making hypercars to dabbling in the lifestyle segment, too. That'll show the world.

The move has been described by Pagani as a "long-term strategic partnership" that will allow the boutique automaker to do more than build cars while also benefitting Saudi Arabia's Public Investment Fund, whose focus is on its Vision 2030 initiative. Among the listed goals of that plan are increasing employment and enhancing "government effectiveness," plus growing and diversifying the economy. This seems like a relevant business venture, then.

A press release from Pagani specifically notes that this will help launch its Pagani Arte program. Not much has been detailed about that, though it sounds like the Italian company wants to craft bespoke artwork that could take on many forms. However, it's bound to be more than a Huayra wheel turned into a coffee table.

Autocar and other outlets report that PIF's stake in Pagani will result in 30 percent ownership. The Pagani family is set to retain its controlling share, and Horacio Pagani will still act as chief executive officer and chief designer. Excitingly, this could also bring about new powertrain technology and—maybe, just maybe—a successor to the Huayra, which was introduced in 2012.

There's no word on what a new Pagani hypercar might look or sound like, though "the launch of new models" is mentioned. It seems likely to be powered by something other than the Mercedes-AMG 6.0-liter V12 that's built exclusively for Pagani. An in-house-developed, battery-assisted power unit could be in store, but that's just speculation at this point.

Keep in mind that, like several other high-end luxury manufacturers, Pagani reported record profits in 2020. It's possible that this year's may still surpass those numbers, putting it in a good place to continue onwards and upwards with Saudi Arabian backing to boot.

The $6.5M Pagani Huayra Tricolore Is So Much More Than a Flag-Themed Tribute