Chaos Erupts Immediately After Northeast Kentucky Gets Its First Roundabout 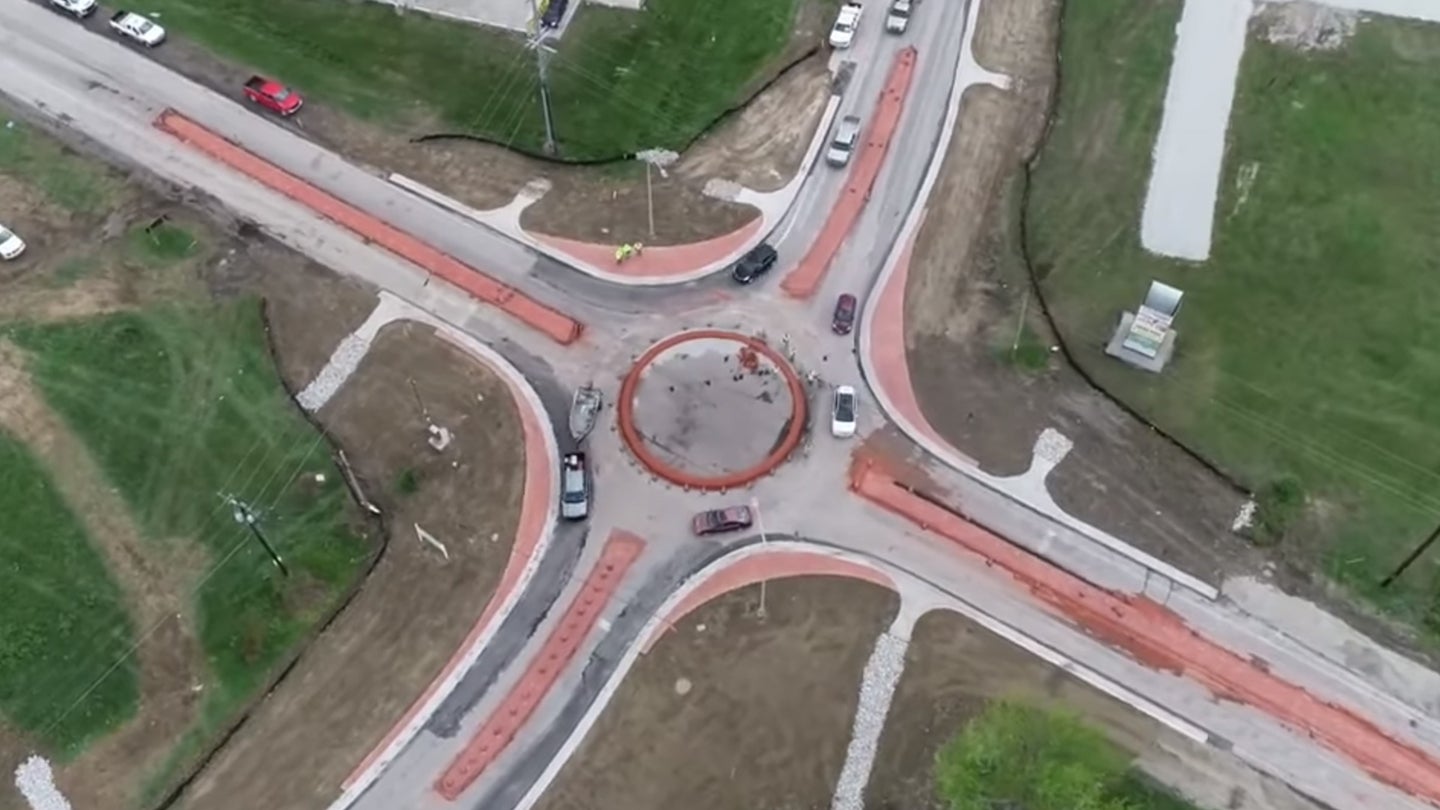 The concept of a roundabout isn't that complex. You pull up, wait until there's a safe opening in the flow of traffic, enter the circle, and go with the flow until you turn off at the desired exit. Of course, these fancy circle roads aren't exactly common, which is why folks in Rowan County, Kentucky were utterly confused when they attempted to navigate their first-ever roundabout.

Roughly 4,000 cars pass through this intersection of Routes 60 and 801 in Morehead, Kentucky each day. In addition to being a busy roadway, the four-way stop is also coined as a rather dangerous one. Despite having flashing lights, stop signs, and other traffic control devices, the intersection has earned a reputation for a high number of severe crashes, as reported by local news station WKYT. Officials decided that the best way to reduce the severity of the accidents was to set up a roundabout.

Now, the public was seemingly never cool with this idea to begin with. Various Facebook posts have attracted comments chastising the decision as a waste of money and unnecessary, while others have pointed out the difficulty that large vehicles will experience, followed by swift justification as a semi-truck almost immediately became stuck when attempting to navigate it. But that's just the beginning of the problems.

Apparently, local drivers are also having issues navigating the roundabout, and it's not due to the physical size of their vehicles, but instead the lack of knowledge (or caring) on how a roundabout is supposed to work. Reddit user EVOSexyBeast recently posted a video to the IdiotsInCars Subreddit showing just how much trouble locals are having with grasping the concept. Rather than explain the chaos, it's probably best to just watch the footage.

It's hard to understand just why the rules of the road seem to fly out of the window when it comes to roundabouts. Drivers in this particular scenario just seem to pick whatever side of the road suits them and use it to just drive straight across—that includes the lane meant for opposing traffic.

The first vehicle in the video to do so is a truck towing a boat, something which the locals specifically speculated would have frequent issues with the roundabout due to the town's proximity to Cave Run Lake, a popular destination for boat-owning tourists in the area. The truck sets off a chain reaction which makes the other motorists seem like lemmings.

The Kentucky Transportation Cabinet has already taken to Facebook in an attempt to educate drivers on how to properly navigate a traffic circle, but it seems that this may take a while to catch on. Previously, places like California and Boston have earned the reputation for having the worst drivers, but something tells us that Morehead is going to give every other city a run for its money if this traffic pattern keeps up.

Remastered Video of DeSotos, Fords, and Buicks Shows Chicago Traffic Was More Interesting in the ’30s

Cars were works of art and turn signals didn’t yet exist, so it was beautiful chaos.