Citizens of New South Wales, Australia have taken to social media to complain about the local police allegedly pulling people over for field sobriety testing and fining them for “unsecured loads” while fleeing wildfire-affected areas, the Daily Mail reports.

David Shoebridge MP, a representative of the Greens party in Australia, reportedly received complaints from citizens about the police wrongfully pulling people over for roadside sobriety tests, only to fine people for improperly secured loads as they flee with their belongings in the back of their vehicles to safety. Shoebridge then took to social media, calling for victims to come forward with their experiences, all so he could figure out what’s going on.

Since posting on his official Facebook page on November 12, he’s received 266 comments and 658 shares. Some voiced their skepticism over whether the wrongful fines were false, but many confirming the situation. Others claimed they weren’t surprised, given the NSW Police have supposedly gained a reputation for overreaching and abusing their powers over the past several years.

“Happened in heddon Greta on main road RDT (Roadside Drug Test) and bus set up while people where (sic) being evacuated near by,” wrote Jessa Pryor on Shoebridge Facebook post.

“Blue bmw highway patrol out long flat Oxley Highway. Be carful (sic). Getting unsecured loads, unregistered and other silly things that could be overlooked and a blind eyed turned at a time like these since the highway is closed. Be careful,” wrote Andrew Carroll on the same post.

“Yeah pulling people over in Wingham and out skirts I haven’t personally but lots are,” Kathy Barbour also wrote.

Shoebridge also received and retweeted several responses on Twitter in a similar call-to-action.

“Have received distressing reports of police booking people driving away from the fires with their belongings on the North Coast for having “unstable loads” and then drug testing them. We will be asking for answers from the Police Minister in Parliament tomorrow,” Shoebridge tweeted.

An NSW Police spokeswoman reportedly responded to the distressing reports, saying that the force has been focusing on assisting in safely evacuating people from their homes.

'While officers may have spoken with members of the community to ensure road users evacuate without incident, the NSWPF has not been targeting road-related offences,” the spokeswoman reportedly said in a statement.

Over 300 homes and 2.47 million acres of land have been torched from recent wildfires since the beginning of Australia’s well-known bushfire season. The latest stretch of fires reportedly claimed 50 homes in total as it nears areas near Sydney. Needless to say, while carrying an unsecured load could ultimately prove dangerous and even cause more chaos on the already affected roads, it's safe to say that most people aren't rebelling against the laws, but simply trying to feel to safety with as much of their livelihood as possible. 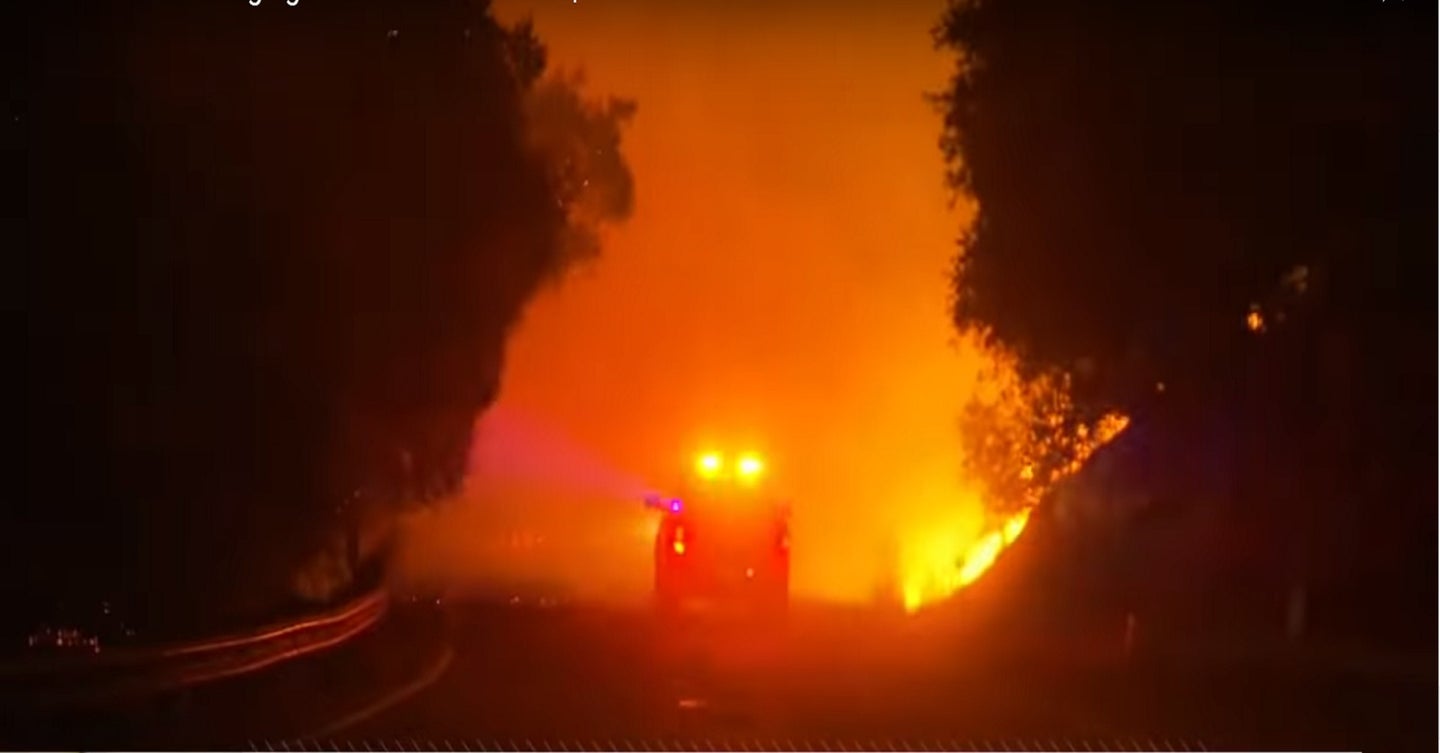 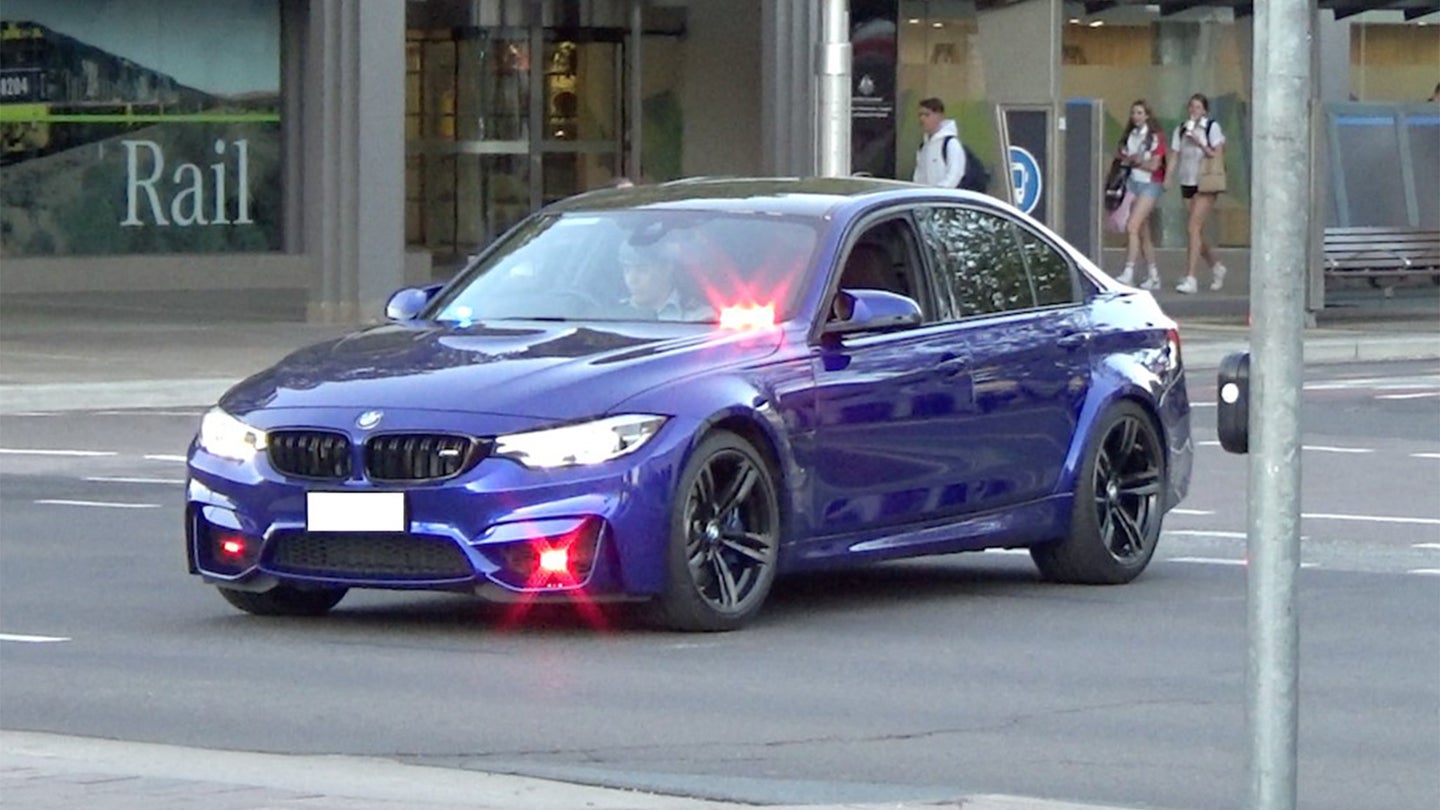 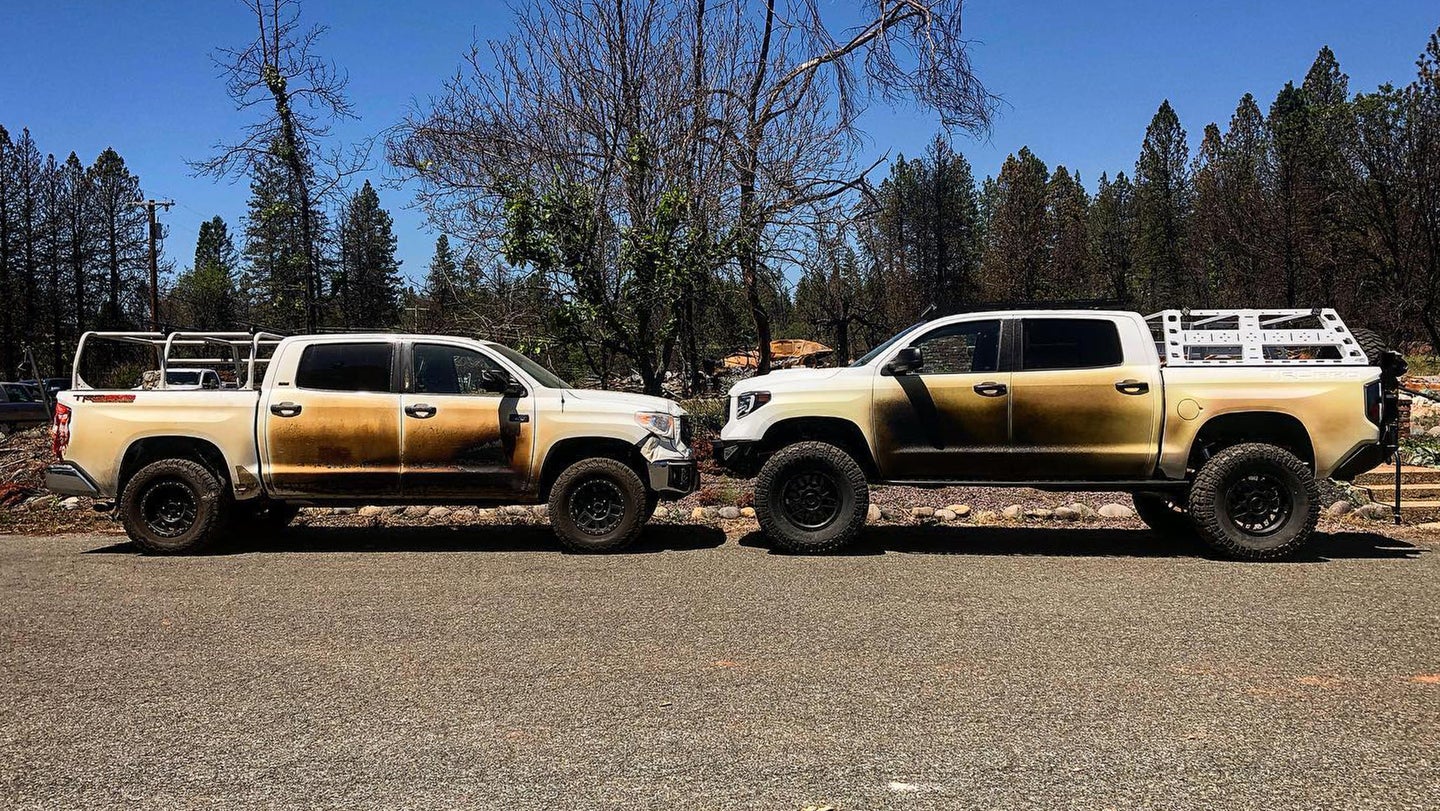 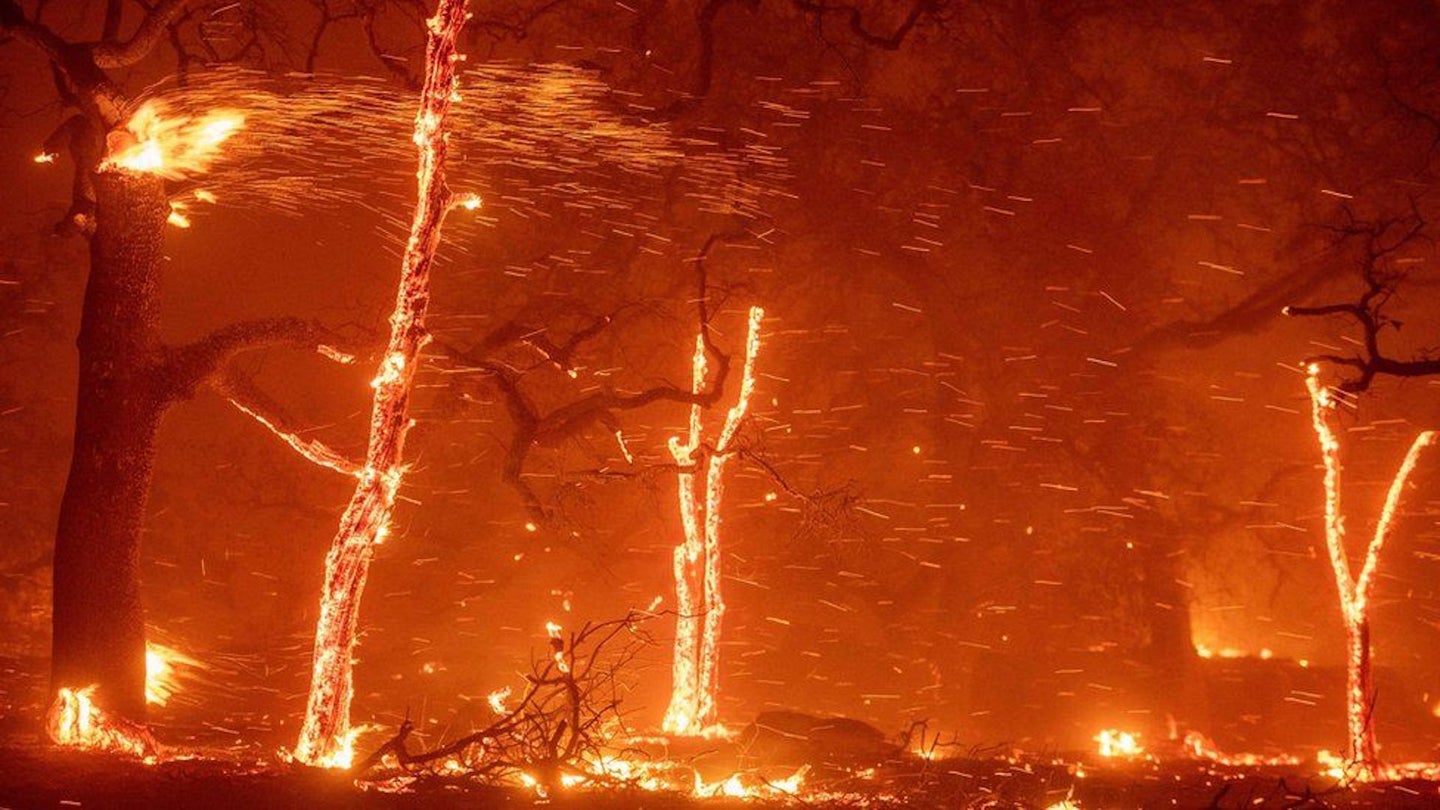 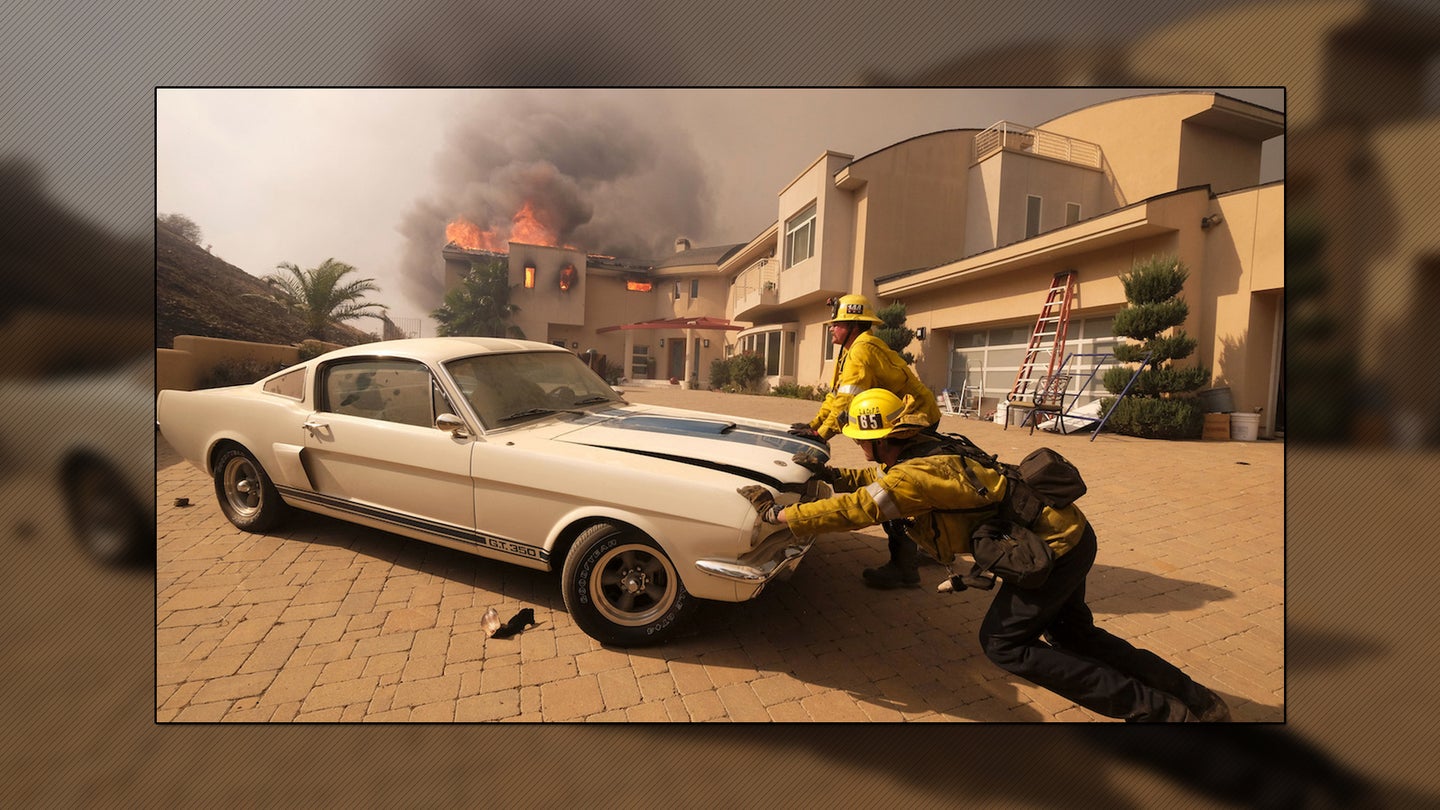