Your Garage Needs a 3D Printer

Whether you’re modding a new ride or restoring an old one, a 3D printer in the garage just makes sense. 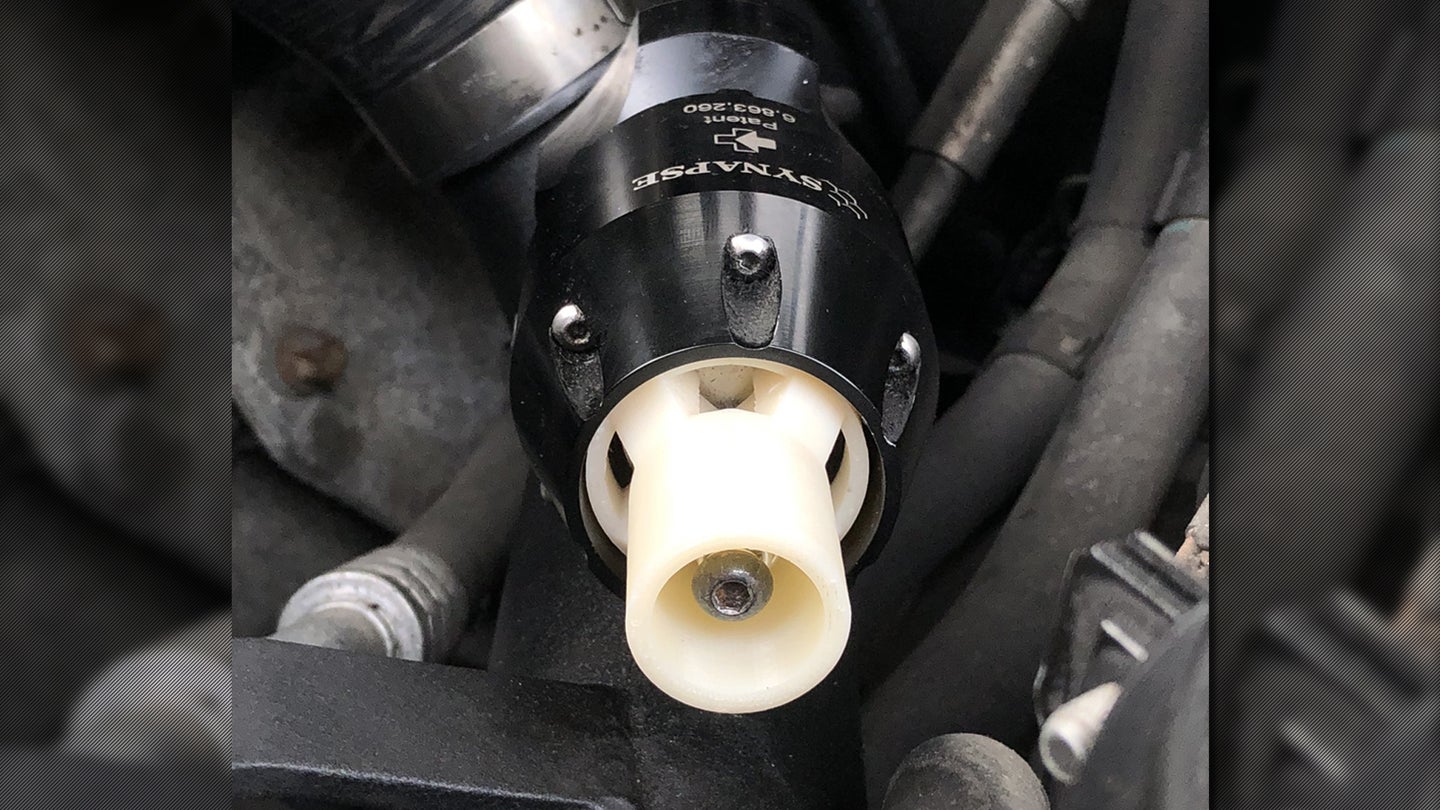 Last year, I picked up a 2021 Honda Accord Touring painted in that proper, clear-coated-primer shade of gray (Honda calls it Sonic Gray Pearl for some reason). It's a great car with tons of small luxury features, but when I went to put my bags in the trunk for the first time, I noticed that there was no trunk pull.

Now, you might think I'm overreacting, but I hate touching my paint. Hate it. To think that I have to put my greasy fingers on the lid of my trunk to close it is asinine, and to know that Honda even designed a factory mounting point for an $8 part (which isn't equipped on U.S. models) is enraging. That's when it hit me: why not just 3D-print one?

I mean, if 3D printing and prototyping are good enough for automakers, surely they're good enough for me, right? I broke out my calipers and took some measurements, then designed a part (which you can download here) that could snap into place and let me pull my trunk closed without having to touch the paint. Three hours later, I pulled the completed part from the print bed of my Prusa MK3s.

As it turns out, I'm not the only one who thinks this way. On Facebook, there are numerous groups dedicated to additive manufacturing for vehicles, including 3D Printing - Auto and Moto. There you'll find thousands of people all over the world with 3D printers of their own actively designing parts for their own vehicles, or in some cases, complete vehicles.

You might remember this hero who DIY'd Koenigsegg-like Freevalve tech onto his Miata—that's certainly a more practical or performance example of 3D printing used in car modding, but as a polar opposite counterpoint, sometimes people print completely ridiculous novelty items like this weighted six-piece chicken nugget tray that attaches to the center of an aftermarket steering wheel.

People have also printed useful designs like intakes, engine covers, aerodynamic mods, and gobs of interior changes. However 3D printing is also extremely useful for the restoration of vehicles where parts may simply no longer exist or are extremely expensive to reproduce. For example, the image at the top of this article shows a part I designed to replace a discontinued Anti-Stall Kit for a Synapse Synchronic blow-off valve—something I tried to buy for weeks before giving up and just modeling it myself.

If parts aren't enough, some people create 3D printed tools like this brake line straightener, camshaft timing blocks, a clutch alignment tool, and so much more. Others print their parts and use methods like Lost PLA Casting to turn plastic into metal.

Whatever you're wrenching on, a 3D printer undoubtedly has some use. Parts, tools, jigs—you name it, there's a use. And with easy to learn tools like TinkerCAD and Fusion360, building a custom part from scratch is finally doable without ever leaving your house. Maybe it's finally time to consider adding a 3D printer to your garage.