London's double-decker buses are famous for trundling around England's largest city, endlessly ferrying passengers on two levels from one point to another. Looking at a double-decker bus, however, it's easy to worry about them tipping over due to their high center of gravity. If they tipped, passengers on the top level would not be in for a good time, of course, so some sort of safety testing had to be devised, specifically for the drivers to ensure that if things got slippery, they wouldn't lose their nerve.

The designers of every generation of London double-decker bus have gone to extreme lengths to lower the center of gravity as much as possible. And reassured by their skills, they allow—or used to allow—many London bus drivers to do a proper handling test on a skidpad to see how their vehicles performed. Videos of these tests are absolutely nerve-wracking, but luckily, none of the buses ever end up tipping over.

There are several similar videos like the one posted below, many of which involved not just a driver being present in the vehicle for the test, but also several other passengers. It's worth noting that none of them ever appear to be at the top level of the bus, to be fair.

If I was a bus skidpad instructor, I wouldn't exactly want to be standing at the top of the stairs yelling down to the driver as he applied opposite-lock. I think a seat closer to the door would be a bit more comfortable. The skidpad action happens at around the three-minute mark, by the way.

This high-quality color video is from the early '70s and shows what appears to be an AEC Regent III RT being used as the test vehicle. The Regent III RT was designed before WWII, but was still in service as late as 1979 in the U.K., although the more well-known Routemaster was being produced starting in the mid-1960s. The latest Routemaster, also known as the New Bus for London, was introduced in 2012 and has been in service ever since. It's really a spiritual successor, though.

Those new buses aren't skidpad-tested by drivers like the old ones were, though. Perhaps that's a little less relevant these days seeing as one can rarely accelerate past 10 mph while in downtown London. In any case, it's still interesting to see these massive old machines skidding sideways and staying upright. 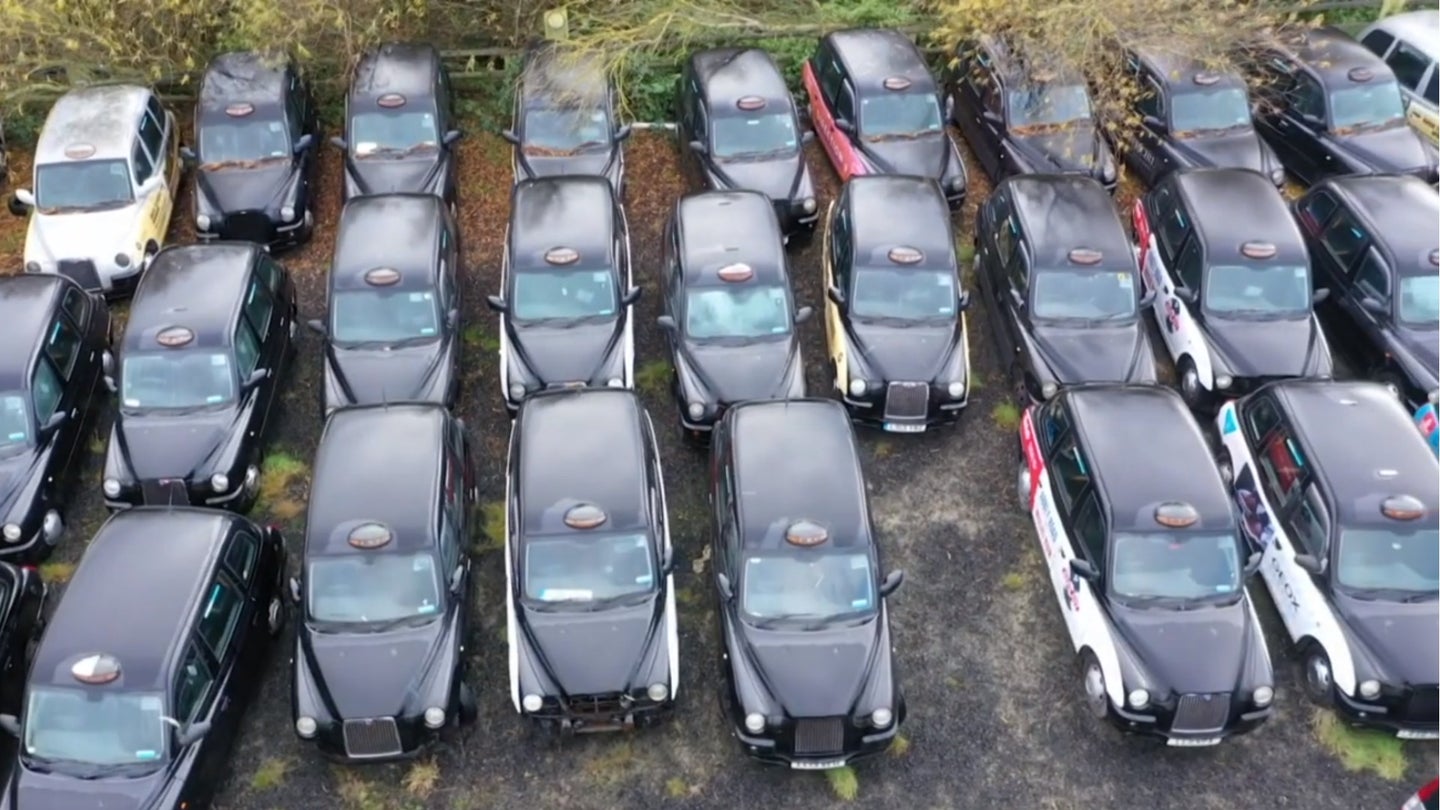 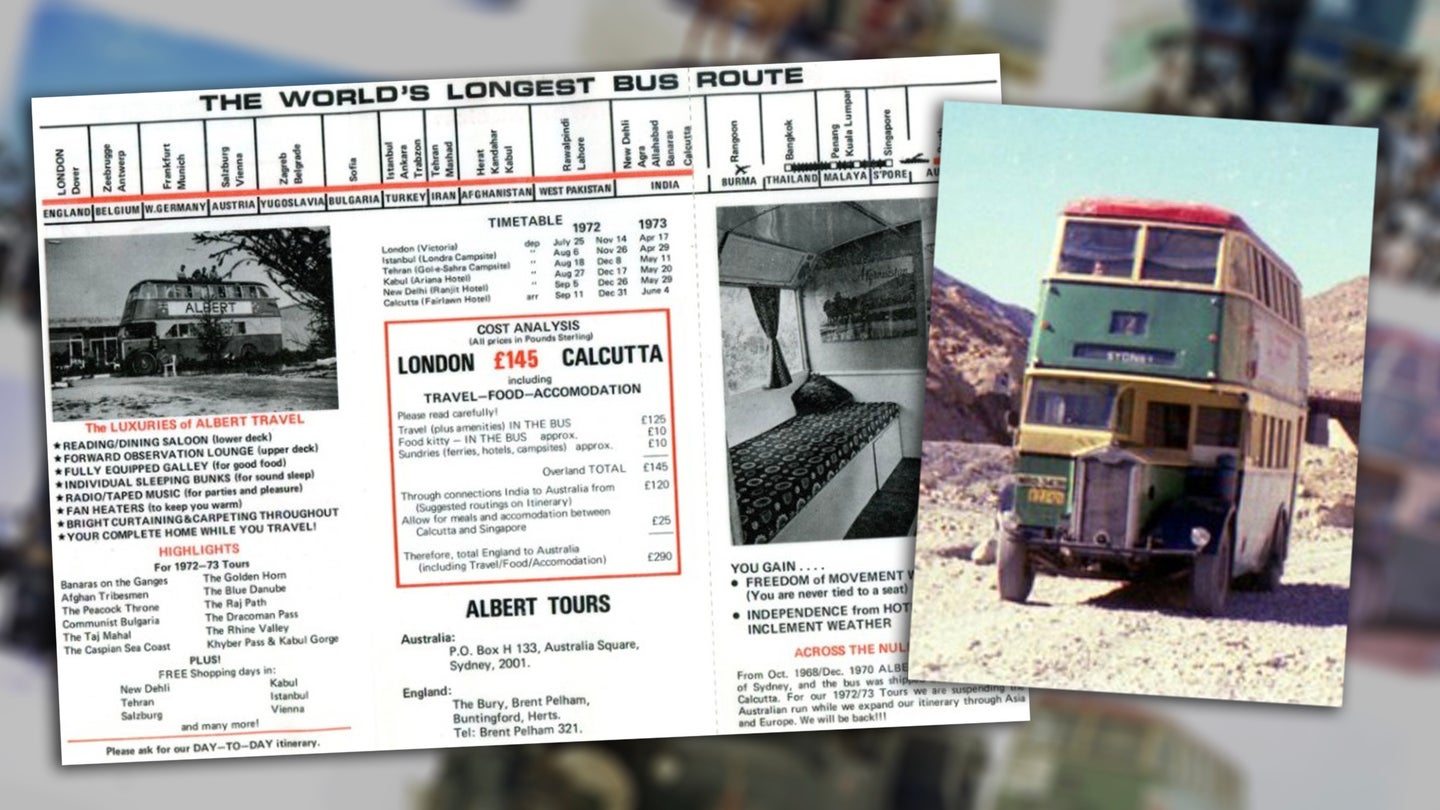 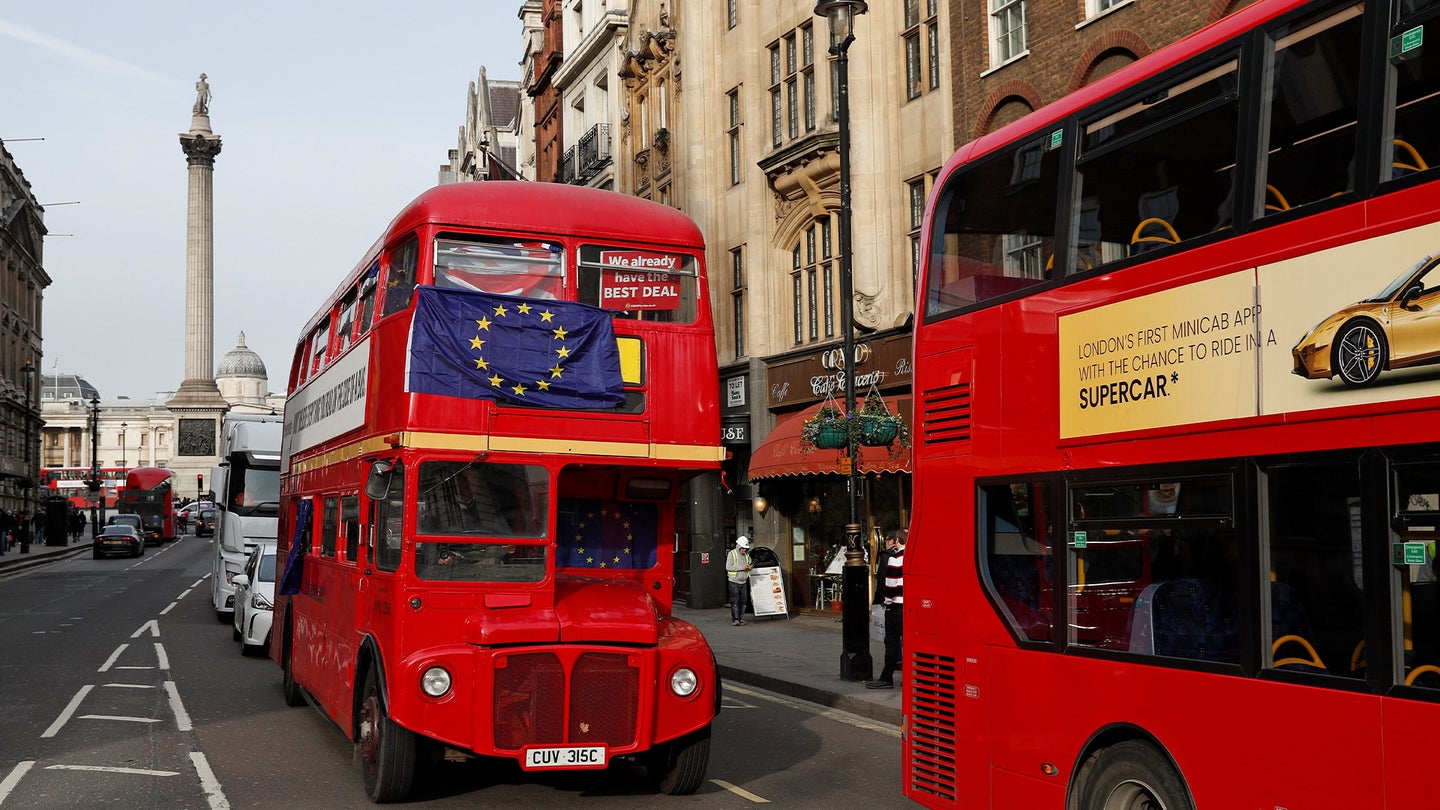