Cook's "one more thing" was almost a car... and it still might be. 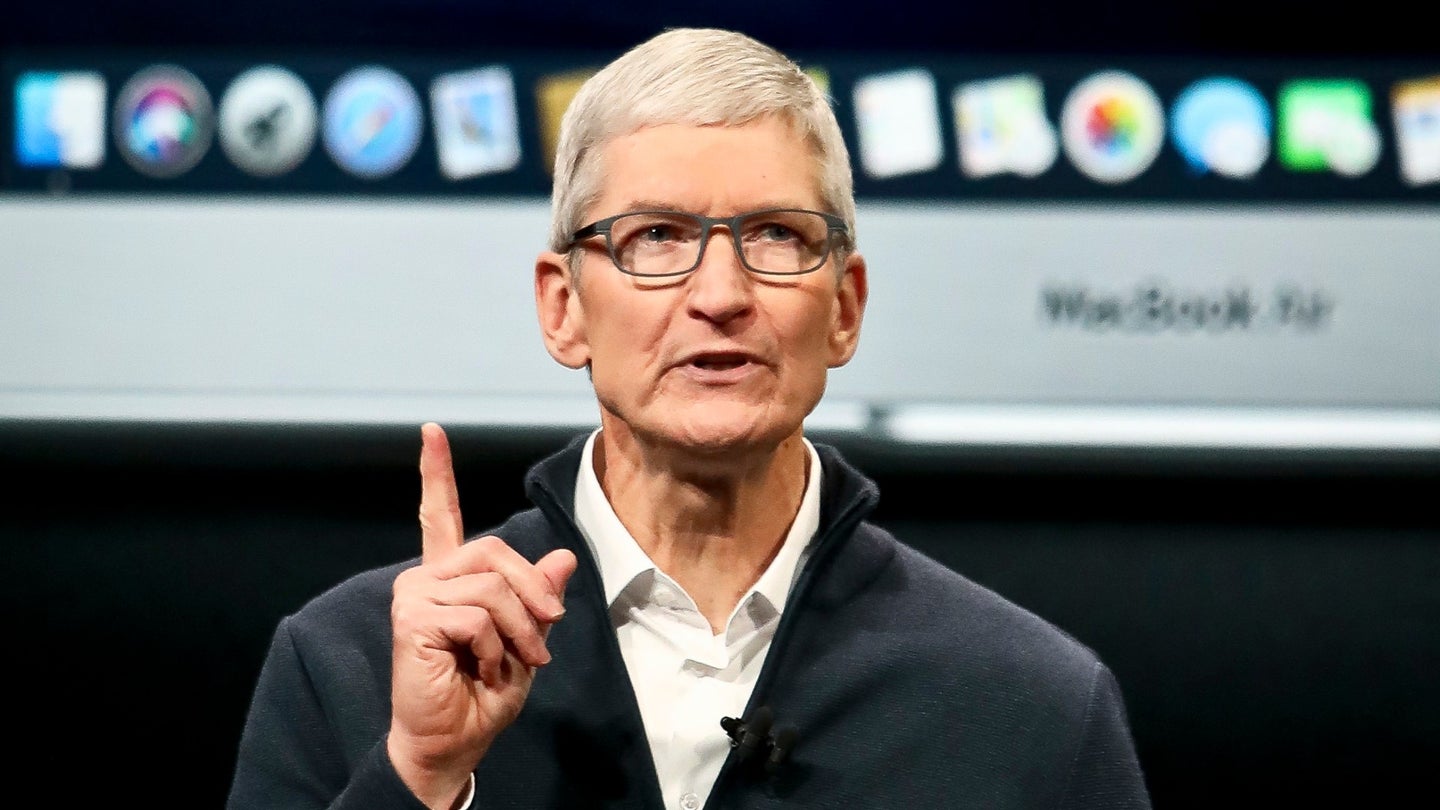 In big tech, acquisitions happen all the time. A company decides that it wants to expand in a particular segment that it's been lacking in, and it buys another company that's ahead in the space. This was the case with Apple in 2013 when it unsuccessfully attempted to buy out Tesla, something which left a bitter taste in its mouth for years. And when Elon Musk came knocking on Tim Cook's door years later to revisit the deal, Apple's chief executive apparently wouldn't even give him the time of day.

On Tuesday, Musk revealed this tidbit on Twitter as a response to Apple's continued development of its own electric car. As it turns out, when Tesla's future seemed bleakest amidst Model 3 production woes (perhaps when the automaker was burning through half a million dollars per hour), Musk reached out to Cook to discuss the possibility of Apple taking control of Tesla. Cook's response? He wouldn't even take the meeting.

Now, this is kind of funny, because Apple actually tried to buy Tesla back in 2013. I say tried because it was obviously unsuccessful in its dealings.

According to a CNBC interview with a Roth Capital Partners analyst, Apple bid to take control of Tesla at around $240 per share about seven years ago. At the time, Tesla was valued at approximately $28.5 billion—in case you needed reminding, Tesla's market cap today is $607 billion, more than any other automaker on the planet despite having significantly lower deliveries.

But Apple reportedly had one contingency that couldn't be met: Elon Musk would need to walk away from everyday operations. The deal is said to have died on the table before any paperwork could be drawn up.

Musk's tweet indicates that Tesla's request came when its market cap was around $60 billion, which could have been any time up until December 2019. Keep in mind that during the first quarter of last year, Musk wrote in an internal memo that Tesla had around 10 months of cash left. He later noted that the company's hardest times lasted until the middle of 2019.

Whether or not Apple is still building a car (or has a place in the AV segment) is still to be seen. The electronics giant is often quite tight-lipped about its internal projects, and Project Titan is simply one of those internal programs that the public doesn't know the specifics of...yet. Either way, we now know that it won't involve Tesla at all.