New Yorker, New Yorker: A Prime Chrysler from the Sinatra Era Rides to Bring A Trailer 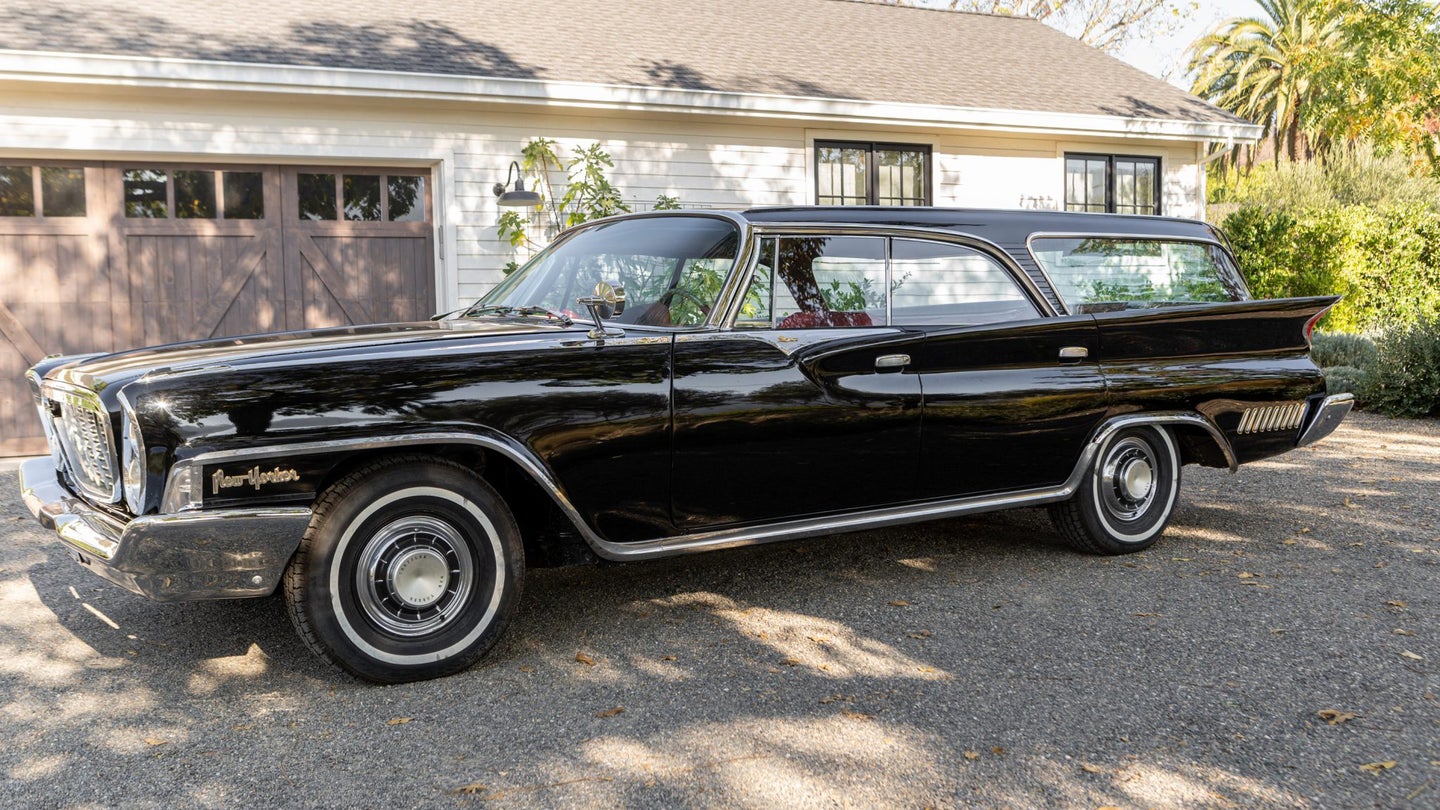 Even I’m too young to properly appreciate the best of Detroit’s station wagon era, where utility finally met style, and the result was the beginning of some of the coolest wagons ever.

This particular era began around 1960 and arguably ended about 30 years later with the death of such survivors as the Mercury Grand Marquis Colony Park. This period included such vehicles as the Oldsmobile Custom Cruiser, the Pontiac Grand Safari and the Oldsmobile Vista Cruiser with its side skylights and power tailgate. This was the time where excess was embraced and appreciated, and no one worried about weight, length or emergency handling.

When that era ended—blame the minivan if you want, but let’s face it, it was time—it put a lot of fake woodgrain installers out of work. But it left a collectible batch of vintage vehicles that are still priced reasonably, and are profoundly usable.

One of them is on BringaTrailer.com, and it's a 1961 Chrysler New Yorker wagon, lovingly restored and cared for, with mild upgrades including – and you want this – front disc brakes. According to BaT,  Chrysler built 1,436 New Yorker station wagons in 1961, of which 760 were, like the one for sale here, nine-passenger models.

Judging from the photos, six of those passengers had plenty of room, but the three in the rear-facing third seat had best be tiny children, from the period where they were best neither seen nor heard. It's interesting that the new Chrysler minivan now offers front-facing cameras that allow the driver to see kids in rear-facing children’s seats. Unless they were liftable sized, accessing the folding rear seat used to mean clambering over the drop-down tailgate, certainly unpopular with three members of nine-person carpools.

Under the hood, you’ll find a 413 cubic-inch Golden Lion V8 with a four-barrel carburetor and a three-speed, push-button Torqueflite transmission. Rated at 350 horsepower, the engine has been rebuilt, as has the transmission.

Outside, the look is strictly derivative of designer Virgil Exner, or, as the BaT description states,  a continuation of Exner’s 1957-ish ‘Forward Look’ design language. Perhaps the most distinctive feature is the quad headlights, set at an angle, rather than vertically or horizontally. That, plus lots of shiny chrome and stainless steel and, thankfully, no exterior woodgrain.

There’s also nine angled metal vent-like slashes behind the rear wheels and in front of the back bumper: There is likely a good reason why there are nine on each side, but it appears one reason is that nine is all that would fit. The number of passengers? Yeah, maybe.

Paint is “Formal Black,” and there’s enough brightwork to make it look anything but funereal. The Interior is, appropriately, red vinyl.

As of this writing, with eight days remaining, bidding is up to $15,500 and climbing quickly. People, and I don’t necessarily mean collectors, have discovered old wagons as vintage vehicles that can actually be driven, and fixed, and carry lots of stuff—both rear seats fold flat in this New Yorker wagon, leaving a cavern that can handle almost anything you buy at the flea market.

A white 1959 Chrysler New Yorker hardtop coupe went for $43,500 on BaT earlier this year, and while it’s certainly rarer, I'd be hard-pressed to suggest it would be more fun to own.