The Corvette-racing specialists at Callaway are celebrating the big 2-5 with a rowdy supercharged gift to track days everywhere. 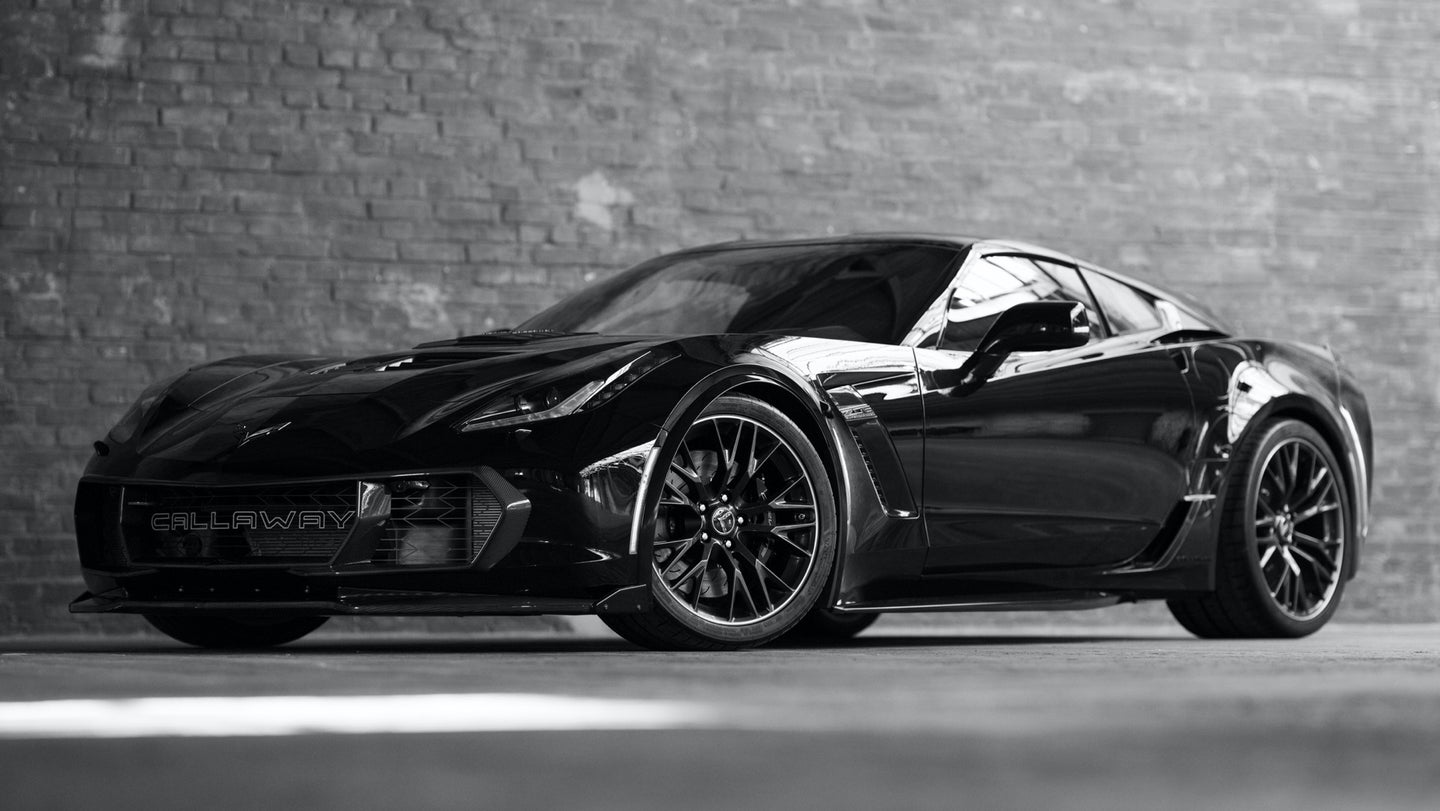 Callaway Competition is throwing a big party for its 25th year in operation in car form: A ludicrous 757-horsepower supercharged 25th Anniversary Edition Callaway Corvette SC757, complete with all of the track-ready options you'd expect from a championship-winning bunch of Corvette racers.

Callaway Competition is the German-based branch of the Callaway tuning family known for building ludicrously fast Corvettes for GT3 racing. They're the most successful team in ADAC GT Masters accordingly, but have raced Corvettes all over the world as well. Now they're making just 25 of these 25th Anniversary Edition cars to share more of that GT3 experience with 'Vette fans.

The 25th Anniversary Edition is a hardened up version of Callaway's Corvette SC757, which in turn is based on a C7-generation Corvette Z06. It features a supercharged V8 that pumps out 757-horsepower and 777 pound-feet of torque. The supercharger is a GenThree Callaway unit with the company's TripleCooled intercooler system. A high-flow intake system feeds that beast.

Oh, and it also has the Callaway Double-D exhaust, which sounds spectacular:

Callaway does a nice job of dressing the 25th Anniversary Edition up, too, from the carbon-fiber grille surround to the carbon-fiber engine cover with SC757 emblems on it. There are 25th Anniversary logos on the floor mats, door sill panels, the underhood VIN plaque and even etched into the rear glass. There are even matching Callaway key fobs that come with the car, just so people know.

Just look at it, though. We're already nostalgic for the last front-engine Corvette, and let's be honest, part of it's because this thing looks absolutely rad.