With Cadillac out of PWC, the legendary 'Vette tuner steps in with an all-new factory effort. 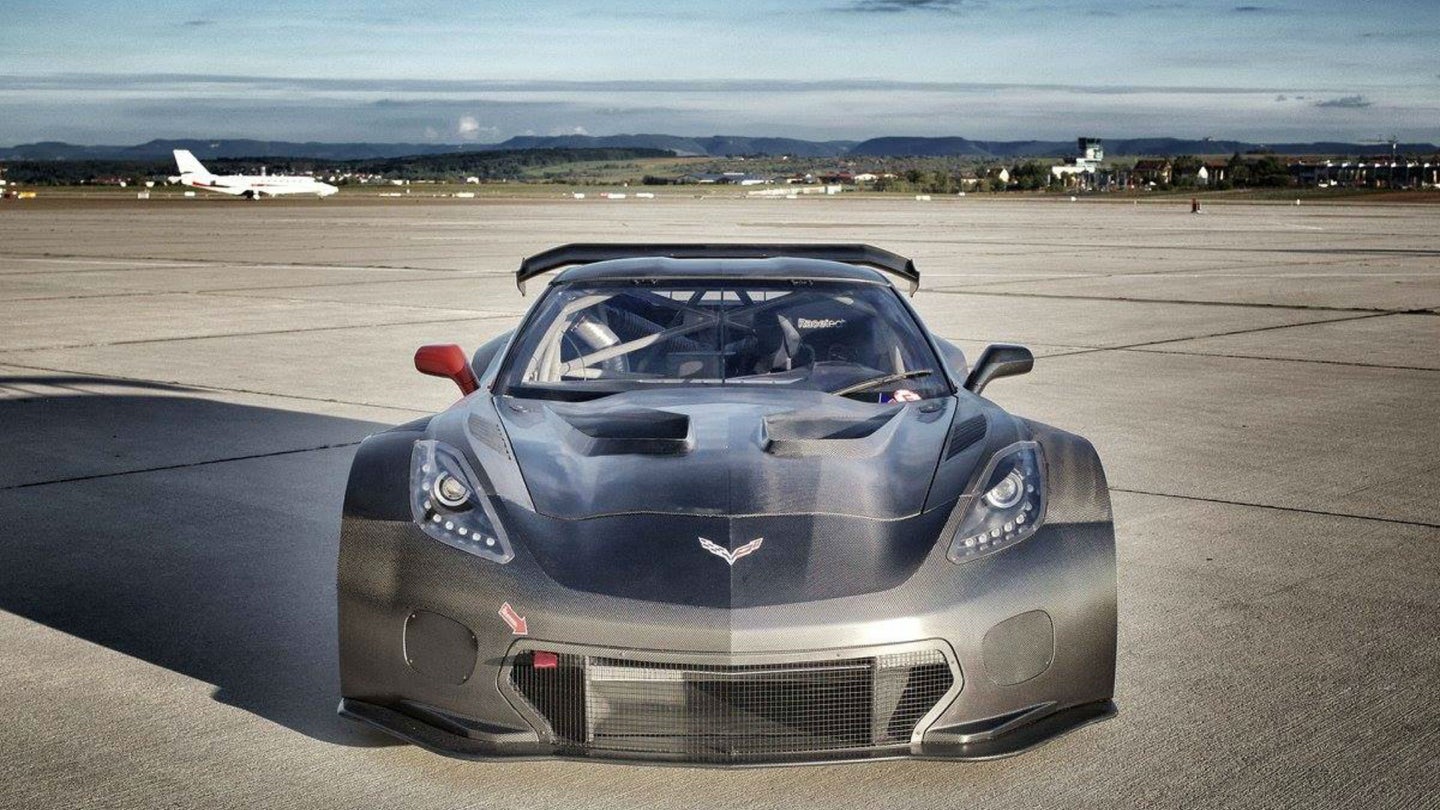 As if you needed more aggressively tuned, monstrously quick Corvettes to fill your feed, Callaway has announced that it will throw its hat in the ring for Pirelli World Challenge's 2018 season. After Cadillac exited the sportscar series and took the ATS.V-R with it, the GM exclusivity ban has been lifted to allow new General Motors entrants for competition. Racing under the name of Callaway Competition USA, the team will make its North American debut following a dominating run through the German ADAC GT Masters championship this year.

Talks of Callaway joining PWC have long been in the works and finally came to fruition after several years. The American tuner opened customer car sales in mid-October, foreshadowing the recent news that it will compete against the likes of McLaren, Porsche, and Ferrari.

“Joining the Pirelli World Challenge has been a long-term objective for Callaway Competition,” said company founder Reeves Callaway. “Now the field is a roll-call of the most capable sports cars from every country. To do well here, you must beat the best in the world. What better way to showcase our iconic American car?”

Callaway will run a one year-exclusive factory team next year of two cars, withdrawing it shortly after in 2019 in favor of customer team support.

“For 2019, we will not race against our customers, but provide high-quality support to them in the tradition of other manufacturer customer racing support programs,” Callaway said.

The official car and full-time drivers will be revealed in Indianapolis at the Performance Racing Industry show this December.

“We’re incredibly proud to bring the Corvette C7 GT3-R to competition on American soil. It is going to be a very competitive season, and we are looking forward to getting started,” he said.