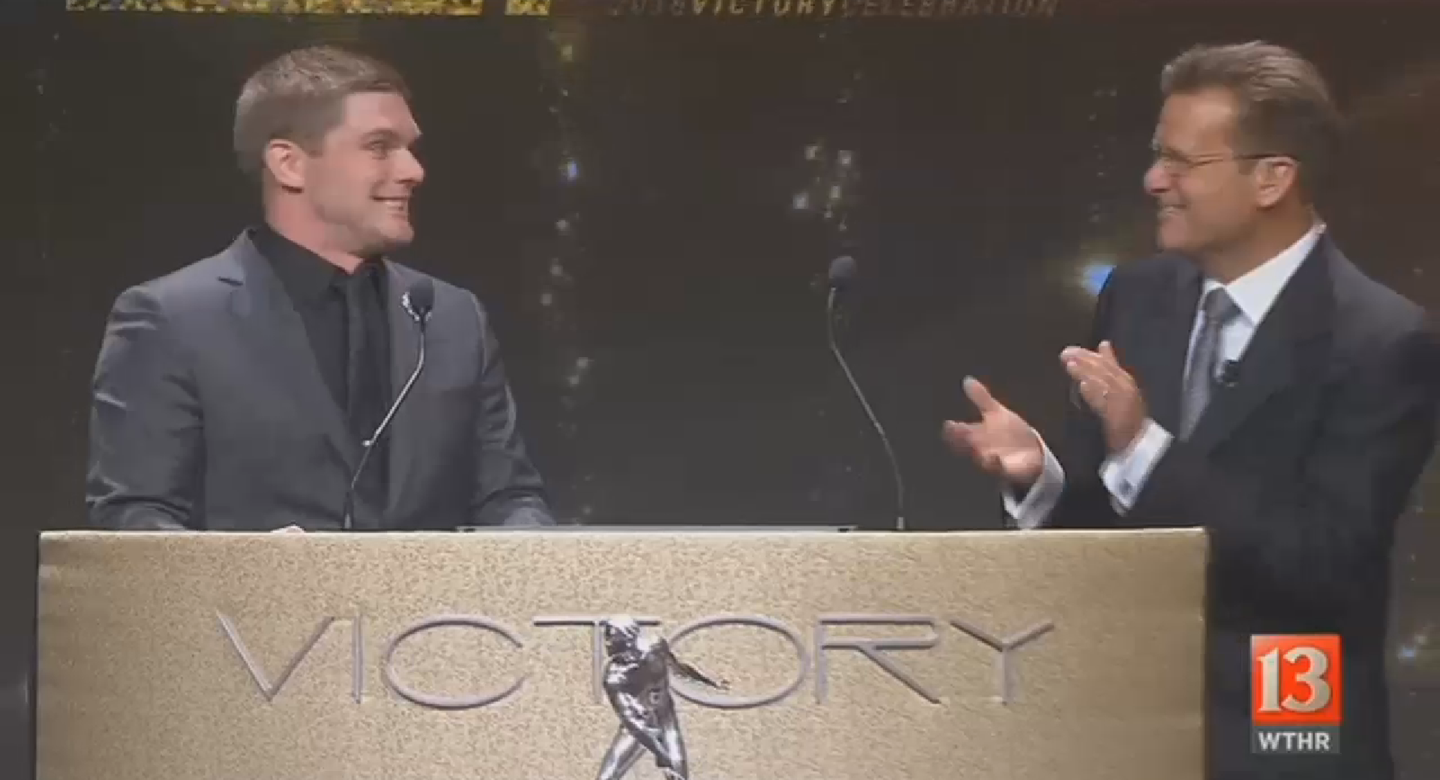 Conor Daly had a rough go of it at Sunday’s Indianapolis 500. On lap 114, Russian wheelman Mikhail Aleshin lost control of his car and skidded into a wall; Daly, trying to navigate through a plume of tire smoke from the wreck, packed up his car, too. He finished in 29th place. An especially tough pill to swallow, since he came up racing with fellow American and eventual Indy winner Alexander Rossi in the European GP2 series.

But Daly is a goddamn hero. So instead of sulking, the 24-year old native of Noblesville, Indiana, took to the Indy 500 Winner’s Banquet with a smile. And borrowed shoes. And jokes. Lots, and lots of jokes.

Daly, on his compatriot Rossi: “We shared many a meal in the GP2 hospitality. Dried meats and cucumbers and whatever the heck they had there, that I thought was ridiculous.”

Daly, on his outfit: “I’m really trying to be a grown-up. This is my first purchased suit. I bought this—with my own money. It’s a big achievement in my life.”

Check out the video of his full speech, here.

We spend a lot of time bemoaning drivers that have become walking, breathing, sanitized public relations machines. Not this guy. Just more proof that Conor Daly is, in fact, the bro that racing needs.