If you’re looking for him before this year’s Indy 500, he’ll be in the Snake Pit, raving with Skrillex. 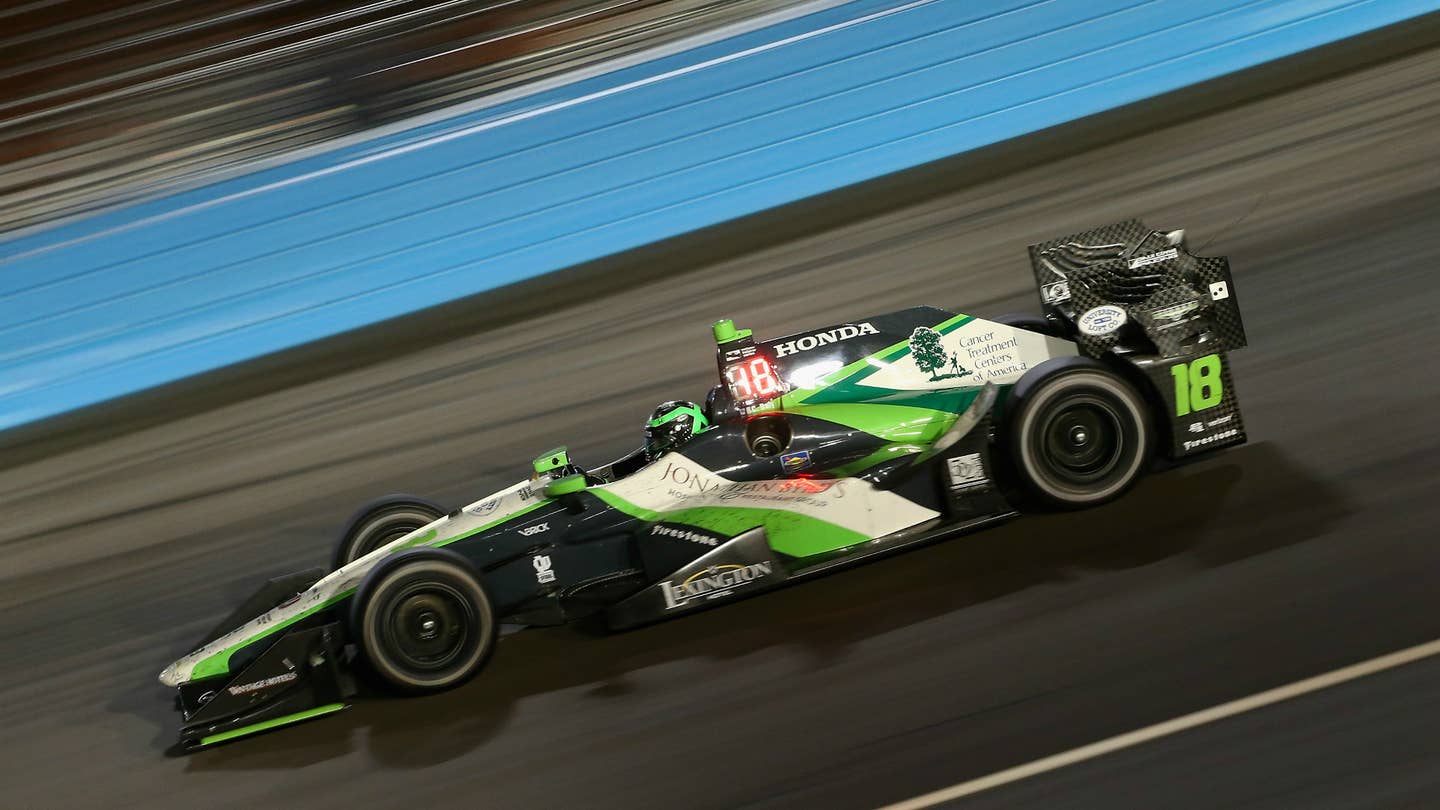 Right now, the biggest knock on motorsports is that it’s old. Old names, old fans. It’s a complaint that’s not entirely true, but also not entirely unfair. Slowly but surely, auto racing is working through the problem; some outfits, like Red Bull, seem to have it figured out. And if racing’s going to get younger, it’ll need a small army of affable drivers to help lead the way. We hereby nominate Conor Daly as the general.

For those unfamiliar, Conor Daly is 24-years old. His father, Derek, is from Ireland and raced in Formula 1. His mother, Beth, is a former jetski world titleholder. Daly has won several lower-level series championships; now, he drives in IndyCar. According to this interview, he plans on going into the Snake Pit, the notoriously rowdy party at the Indianapolis 500, on race day, in his race suit and gear, to get pumped up.

He also shamelessly flirts with female reporters, hates wearing dress shirts, and sometimes chases electronica DJs for autographs. Which is all silly and sorta great. So, yes, Conor Daly is our guy. He’s the driver racing needs, and the bro it deserves. Look out for his No. 18 Dale Coyne Racing car on Sunday.