This Giant, No-Reserve Slot Car Paradise Is the Easiest Way to Own a Private Race Track

Actually moving it is another story. 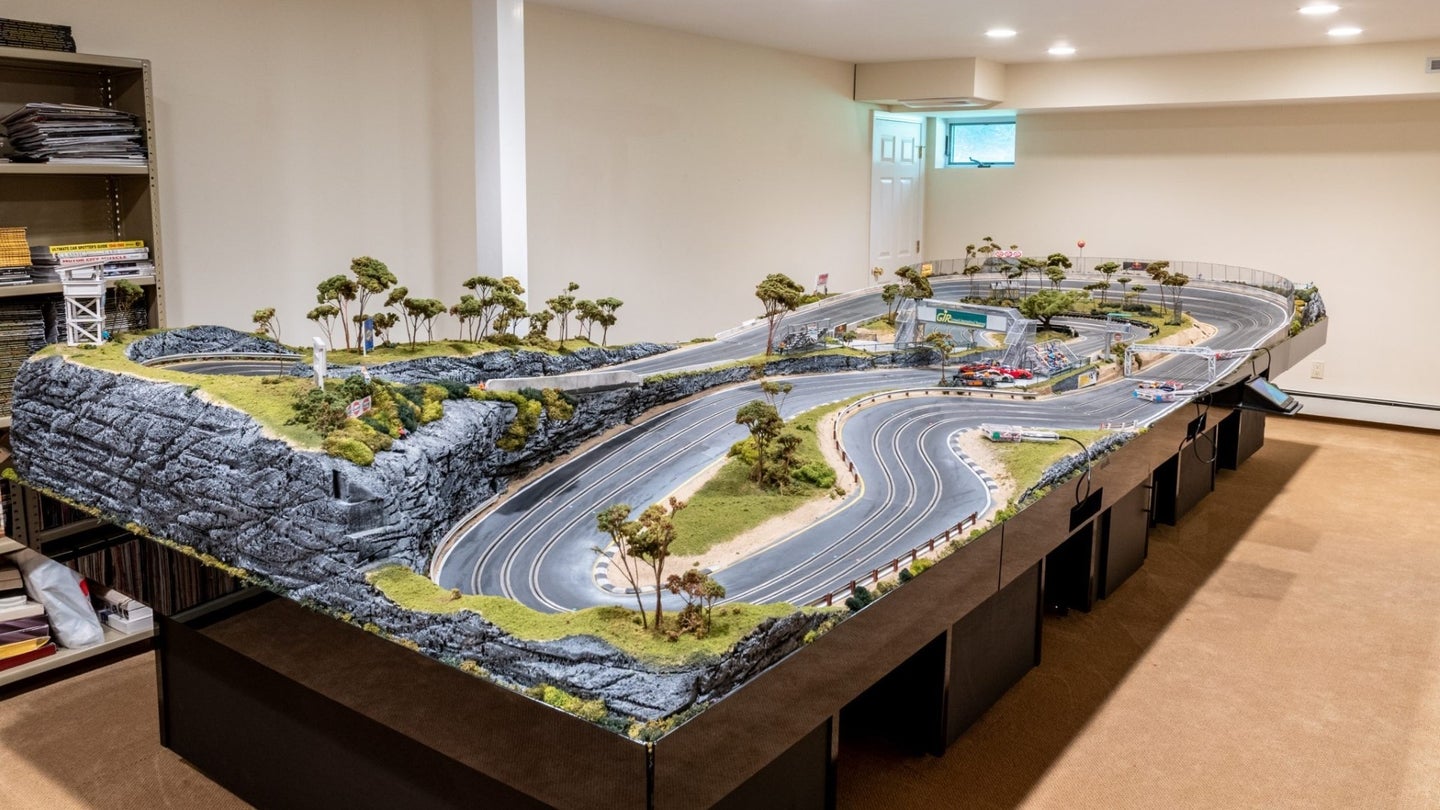 Following in that $200,000 Bond DB5 scale model's footsteps, another thing you cannot actually drive has popped up for sale on Bring a Trailer. Being offered with no reserve is a slot car track which, taking up a whole 120 square feet of space, will probably be the most impressive in-home slot car track you've ever seen.

Custom-built for the seller eight years ago by a Detroit company called Slot Mods, this particular track measures 20 feet long and six feet wide. More impressive than its size, however, might be the attention to detail. The track, structures, signs and landscaping have all been painstakingly hand-painted and are remarkably life-like.

When you're finished gawking at the miniature greenery, the track supports up to three racers, coming with three controllers and a total of 25 1:32-scale slot cars including Ferrari F430 Challenges, Porsche 911 Cup Cars, Le Mans racers new and old, and a street-spec McLaren P1. Apparently inspired by Virginia International Raceway, the elaborate slot car track's current owner has dubbed this thing the Gussack International Raceway, or GIR for short.

"The track is controlled via a PC-based tablet linked to a variable power source that utilizes a US-style 110-volt wall outlet," the listing reads. "The seller notes that the track is modular and can be disassembled, transported, and reassembled by Slot Mods at the buyer’s expense."

Speaking of transporting, GIR is being sold out of Armonk, New York. Getting it from there to anywhere far doesn't sound like it'll be easy or cheap if one comment left underneath the BaT listing holds any truth. "Cost for my team to disassemble, wrap and secure in truck with liftgate provided by you: $4,750 plus flights, lodging, and vehicle. This does not include truck rental and shipping fees."

Anyhow, here it is in action.

As of this writing, the auction is sitting at a mighty reasonable $1,100 but with a full week until bidding ends, there's plenty of time for this basement showstopper to rack up an appropriately steep price.