On His Birthday, Here Are 5 of John Lennon’s Most Interesting Rides

Some of these might make you a Jealous Guy. 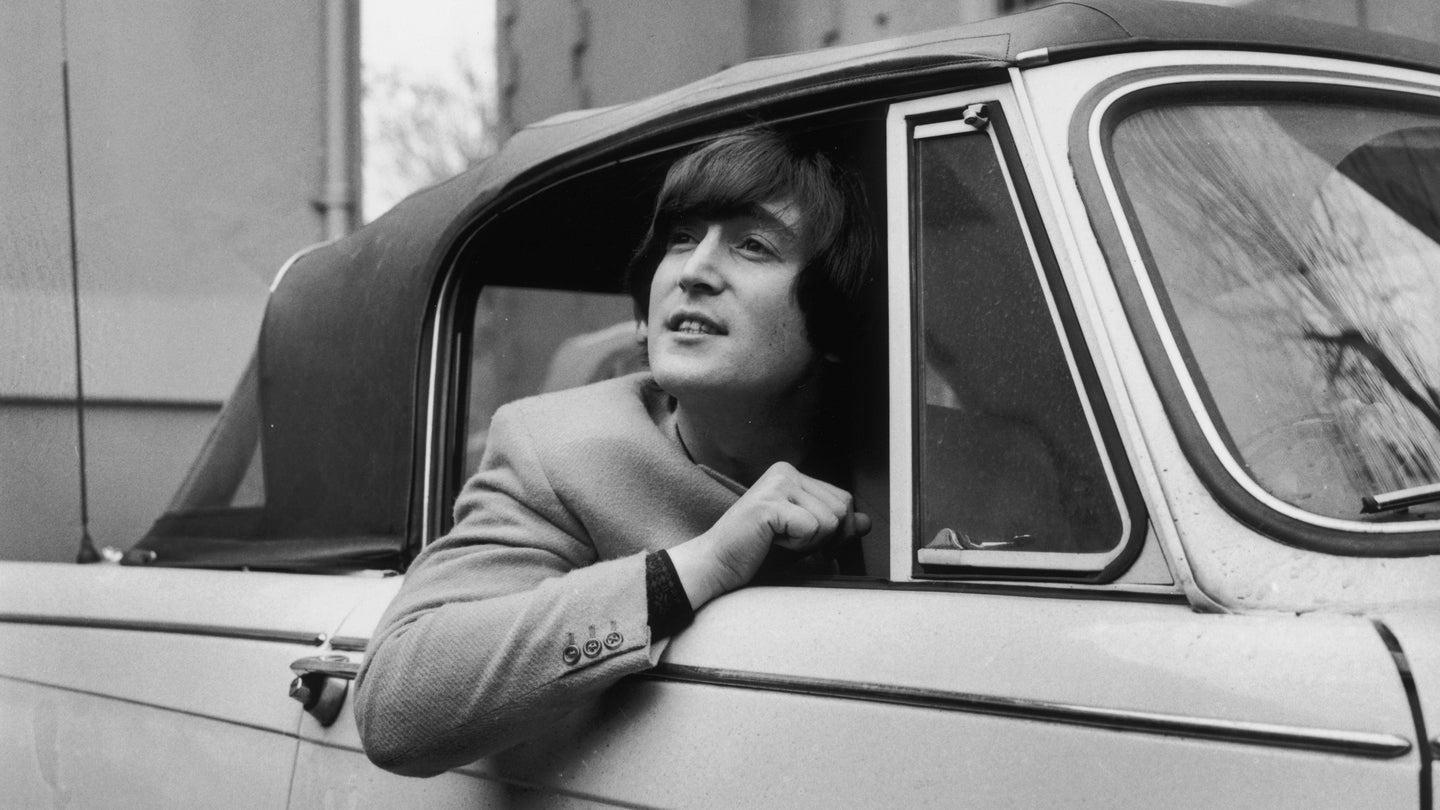 If the great John Lennon were still alive, the legendary musician would turn 78-years-old on Tuesday. Not that we need one, but we think that’s a pretty good excuse to look back on some of the interesting rides that belonged to one of the most significant musical icons of the 20th century.

While everyone knows more about his tunes, the Beatles' frontman had a unique taste in cars (and occasionally motorcycles) which contributed to his overall eccentric character. For example, here are five of the rock legend's raddest rides from his too-brief time that he was with us.

John Lennon’s fabulously successful music career meant he could—and did—buy much more expensive cars than an Austin Maxi, but he had one of these humble, five-door econoboxes presumably for when he felt like keeping a low profile. Pictured above are Lennon and his family packing up the Maxi for a trip in Scotland that unfortunately ended early when the Austin went into a ditch to avoid an accident with a car driving on the wrong side of the road. The Lennon family ended up spending their vacation in a hospital for five days.

John Lennon’s last car—the one that was sitting his garage at the time of his tragic assassination—was a fan favorite among Mercedes-Benz enthusiasts. It was a W123 300TD wagon which was used as Lennon’s final daily driver. It sold at auction just last month for $31,900, which seems like a bargain considering its condition and ownership history.

Perhaps Lennon’s most famous ride was this psychedelic 1965 Rolls-Royce Phantom V. In case it isn’t obvious enough, this has a custom paint job which was inspired by the album art for Sgt. Pepper’s Lonely Hearts Club Band. Interior modifications include a refrigerator, a television, a bed in lieu of back seats, and even a telephone.

John Lennon’s Rolls wasn’t his only luxury land yacht with a crazy paint job. He also owned this 1956 Bentley S1, but it was technically owned by all of The Beatles. Long story short: the car belonged to fashion entrepreneur John Crittle’s venture Dandie Fashions and was painted by three art students. The Beatles bought Dandie Fashions and, by extension, this unignorable Bentley in a time when the band had more money than it knew what to do with.

To our knowledge, John Lennon wasn’t a big motorcycle guy, but he did own a charming little 1969 Honda Z50A “Monkey” for getting around his 72-acre estate and it was auctioned off in mostly original condition earlier this year. The hammer price was £56,250 (about $73,000), which was well over the estimated value.