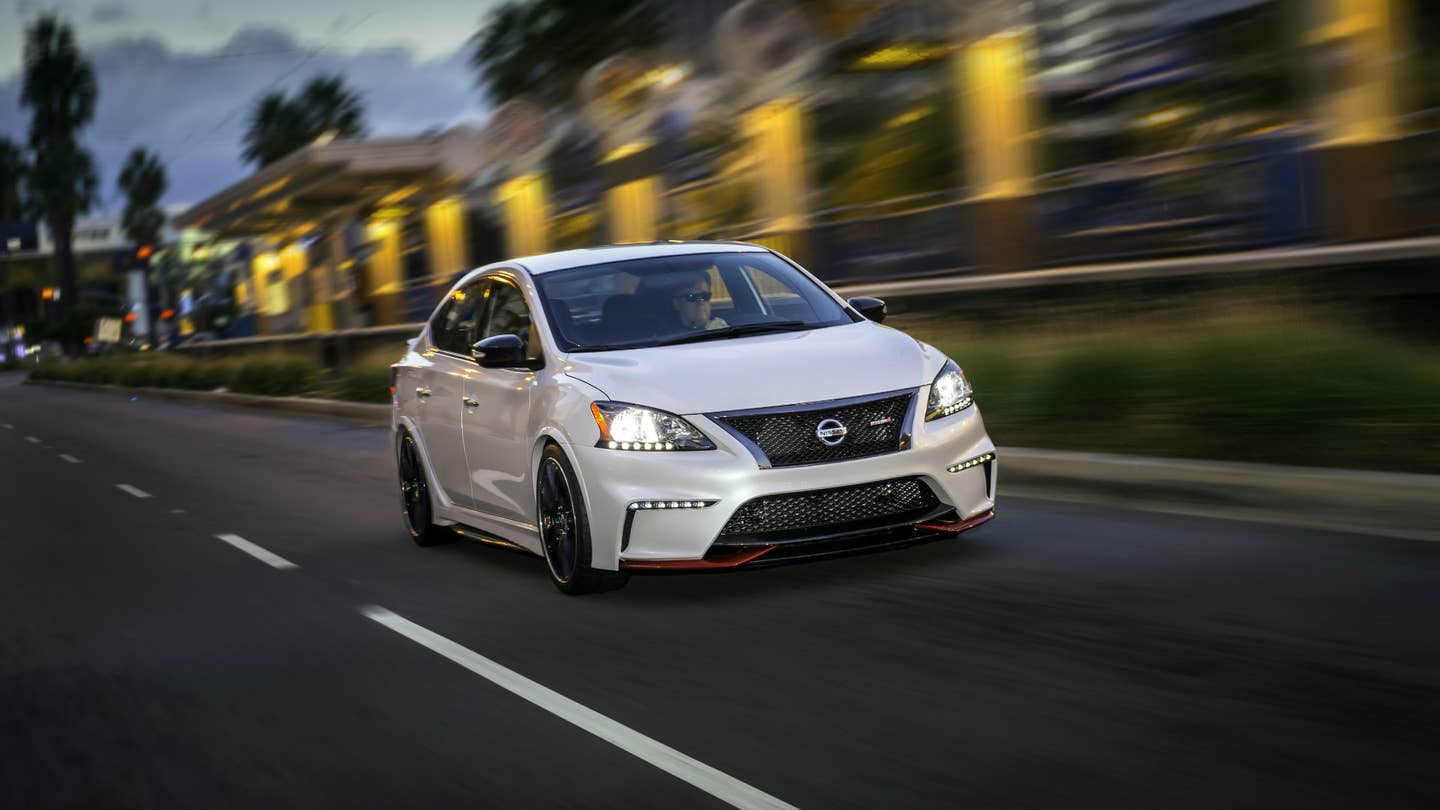 It’s been awhile since we’ve had a Nissan Sentra worth loving. Sure, the old Spec V model was quick, but it didn’t capture the spritely, sleeper appeal of the SE-R version from the early Nineties. That car packed a plucky, dual-cam 2.0-liter, lovely five-speed manual gearbox, proper suspension, and a viscous limited-slip diff. All in a cheap, understated package with a curb weight just a few hundred pounds off the Mazda Miata. We’ll probably never get a real SE-R again. But there's definitely something interesting cooking in the NISMO kitchen.

Spy shots have surfaced of a camouflaged Sentra rolling around town. Looks like it’s got a lip kit, spoiler and a revised front end—all the sure signs of NISMO. It’d make sense, too, considering Nissan sank a boatload of capital into refreshing the Sentra for this year, replacing 20 percent of its components, including most of the suspension. Also, the camo car’s lines look similar to the Sentra NISMO Concept from the L.A. Auto Show three years ago. And that thing had a six-speed manual, limited-slip differential, and a neat 240-horsepower four-cylinder. Which would almost certainly be worth loving.

The Focus ST has made waves, there’s a new Civic Si on the way. Affordable, front-drive fun is in vogue, and it’s high time Nissan got back into that game. Expect to see some kind of production-ready high-performance Sentra at this year’s L.A. Auto Show in November, if not before.