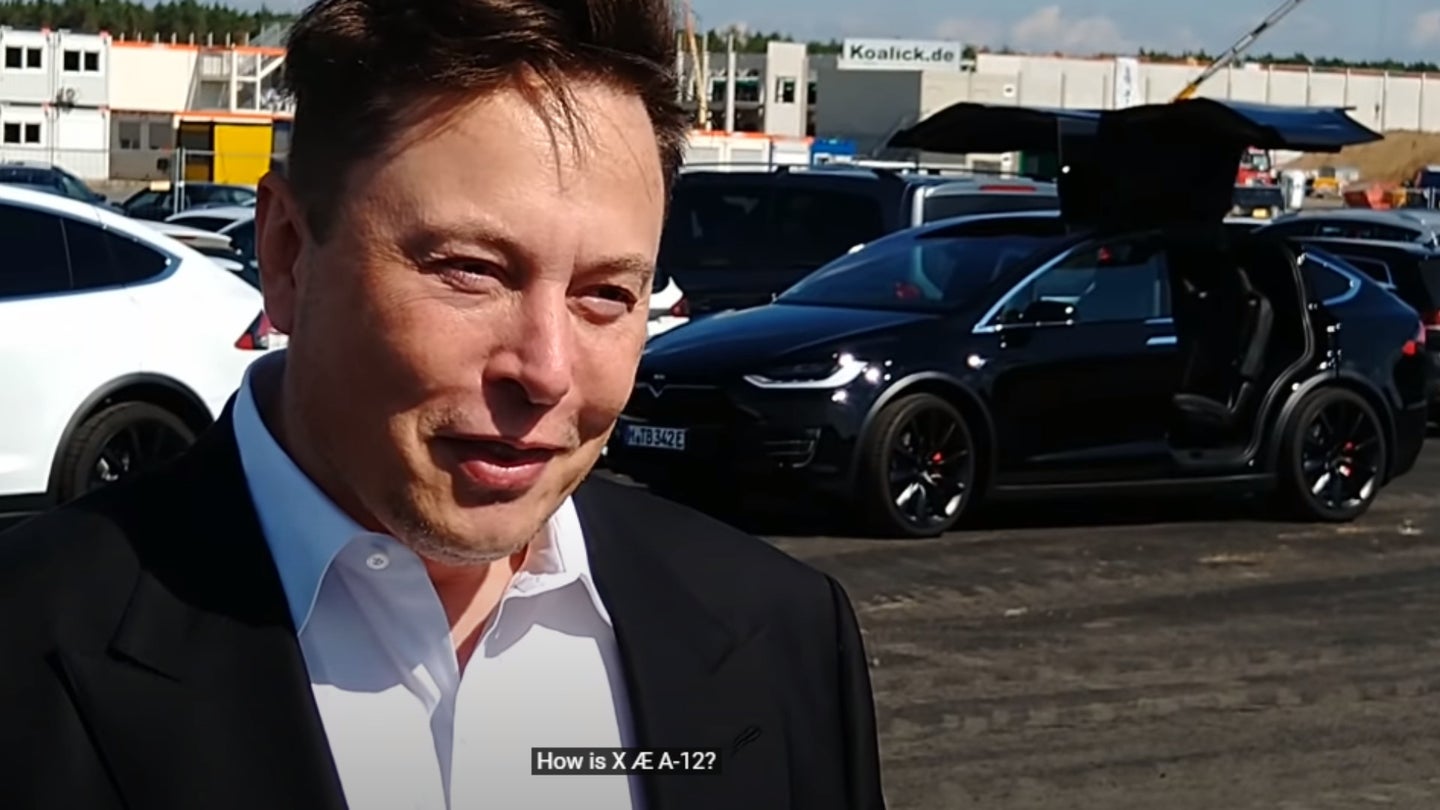 Last week, Tesla CEO Elon Musk visited Gigafactory Berlin in Grunheide, Germany. Upon arrival, a spontaneous press conference developed at what appears to be the parking lot of the construction site, which quickly turned into a bit of a media frenzy. Suddenly, a reporter asked him about his son X Æ A-12's whereabouts. Musk's response was less than scripted: "Oh, my kid. It sounds like a password."

The video interview was filmed and shared on Tobias Lindh's YouTube channel, who on the video description admits never expected to get that close to Musk—much less have questions answered. The video begins with basic questions about his visit to Germany, the factory, the cars, but around the 1:25-mark, an off-camera journalist catches Musk off guard with a question that has nothing to do with technological innovations or Tesla cars.

"How is X Æ A-12?" the reporter asks. A puzzled Musk gets the reporter to repeat the question before admitting that the cryptic name sounds like a maximum-strength password.

Eventually, Musk goes on to say that X Æ A-12 is doing great and that he may bring him to the Giga Berlin when he returns in a few months.

Other outlets have spun this interview into making it seem like Musk forgot his son's name, which he didn't. This simply is a case of Musk being somewhat overwhelmed with various reporters and fans blurting out questions at him in random order. Musk might be a lot of things, but even I doubt he'd actually forget his son's name.

In the end, however, I agree that it does sound like a password or some crazy military protocol.

An astronomer spent decades documenting everything humans have launched into space, and now it’s online as an open-source catalog.