1,200 Brave Souls Are Rolling the Dice on a European Cruise Right Now

Curing cabin fever by risking a much more literal kind. 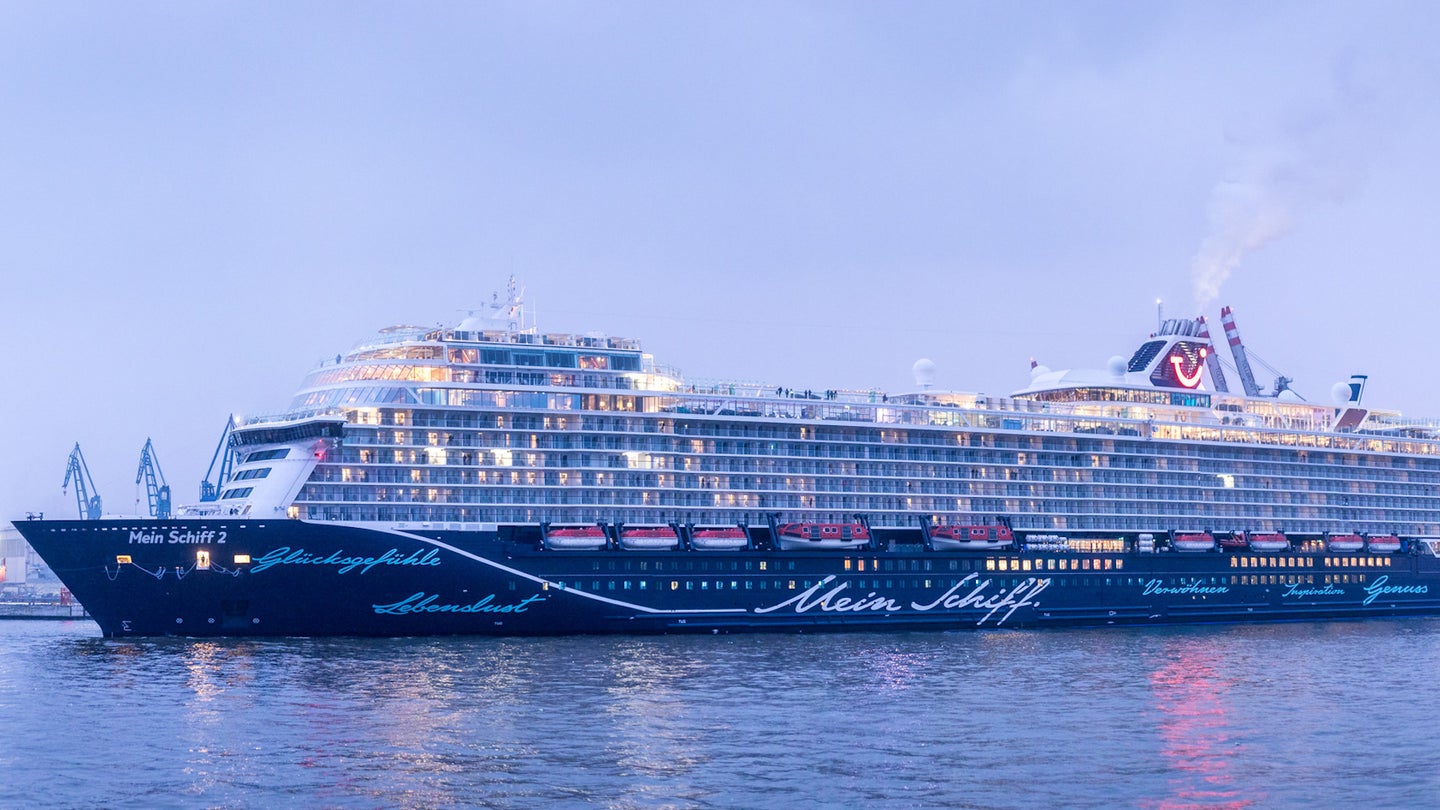 Be it COVID-19 or Arma-damn-geddon, nothing will stop some people from satisfying their lust for adventure. While Americans book RV rentals in record numbers, people living in quicker-recovering parts of the globe are already returning to more social forms of travel, like the cruise. And in what sounds like a synopsis for a disaster movie, this past Friday saw over 1,000 people board a cruise of Norway's fjords on the biggest post-lockdown cruise yet.

The operators of TUI Cruises Mein Schiff 2 have admittedly taken every precaution against a seaborne outbreak, with Porthole Cruise reporting measures such as health questionnaires, temperature checks, and ridership to 60 percent capacity. So while the ship has accommodation for 2,900, only 1,200 souls were reportedly taken aboard, and even then, TUI Cruises has reportedly been forced to scale back the accommodations typically offered to cruise passengers. Those aboard are expected to observe social distancing mandates, and at mealtimes, there will be no self-serve buffets. Ports of call are also off the menu; the vessel will stay at sea for the duration of its voyage, from Hamburg to Norway, and then back again.

Should welfare measures fall short and a case of COVID-19 is suspected aboard the ship, passengers could be kept at sea for weeks longer than planned. Some travelers aboard a cruise that was on its way to Australia when the outbreak occurred only found their ways home early last month—about 30 days longer than originally scheduled.

American cruise operators have been less than fazed by such a scenario unfolding aboard their ships, with Carnival Cruise Line pledging back in May to resume cruise service this coming Saturday, Aug. 1. Earlier this month, though, the Centers for Disease Control and Prevention issued a No Sail Order, which will remain effective until at least Sept. 30. So with the seas off-limits, and air travel in anything resembling a Boeing 737 looking sketchier by the day, we Americans may be better off keeping our travel domestic for the time being—thank the Lord we've got so many miles of good highway.