Third time's the charm, we suppose. 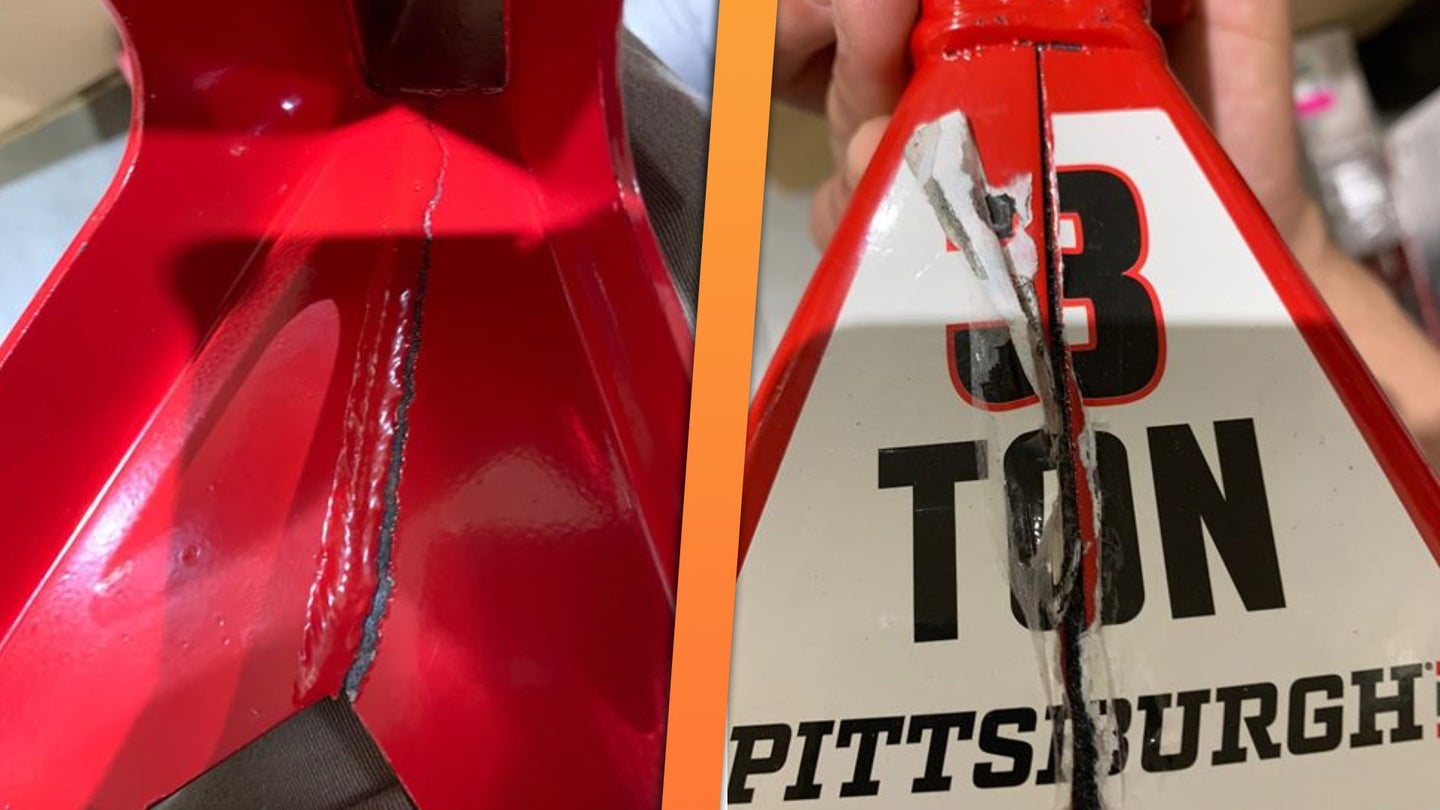 Discount tool retailer Harbor Freight issued yet another recall for jack stands sold under its Pittsburgh brand. Company founder Eric Smidt announced on Tuesday that the company had discovered a new welding defect in its three-ton jack stands significant enough to warrant a voluntary safety recall. In case you're not up to speed, these jack stands were supposed to be the "safe" alternatives to faulty, recalled jack stands. Now it turns out that's not the case.

In May of this year, Harbor Freight issued a recall of 454,000 jack stands manufactured between 2013 and 2019 over fears that the units could suddenly collapse and cause serious injury or possibly death. The retailer was quick to admit the problem once it became evident and pointed the finger at old factory tooling and asked affected customers to return the units to a local store. It didn't take long, however, for customers to report that their replacement stands were also failing. Nearly two months after the original recall, it became clear that a new problem was present and that it affected even more jack stands sold by Harbor Freight.

One customer who spoke to The Drive revealed that his three-ton Pittsburgh jack stands—which were purchased as a replacement for the recalled units—split along a weld after being placed under his Volkswagen Golf during its very first use. Harbor Freight told The Drive at that time it would "investigate this issue in depth" with the customer.

On Tuesday morning, Harbor Freight said that it had "identified a welding defect" in some of its three-ton Pittsburgh-branded jack stands and have since added the units to its recall. Engineers also investigated other jack stands that it sells and were not able to identify any defects, however, as a precautionary measure, the retailer is offering to exchange any of its jack stands for customers who have safety concerns. Mmmm... I wonder what would make them feel that way?

Customers looking to take Smidt up on that offer should check the item number on their jack stands and head over to Harbor Freight's website to verify that it is one of the 16 units included in the voluntary recall. Depending on the model, customers can exchange the units for a cash refund between $24.99 and $119.99, or store credit of $29.99 and $143.99.

It's good to see Harbor Freight being proactive about this kind of defect. When working under a car, the last thing you want is for your support to fail and end up pinned to the pavement. Take this as a reminder that even when using jack stands, consider a bit of redundancy to avoid becoming a pancake—whether that be a spare tire, tree stump, or another form of sturdy, cheap insurance.