Let this man's near loss of a limb be a reminder to always use the right tool for the job. 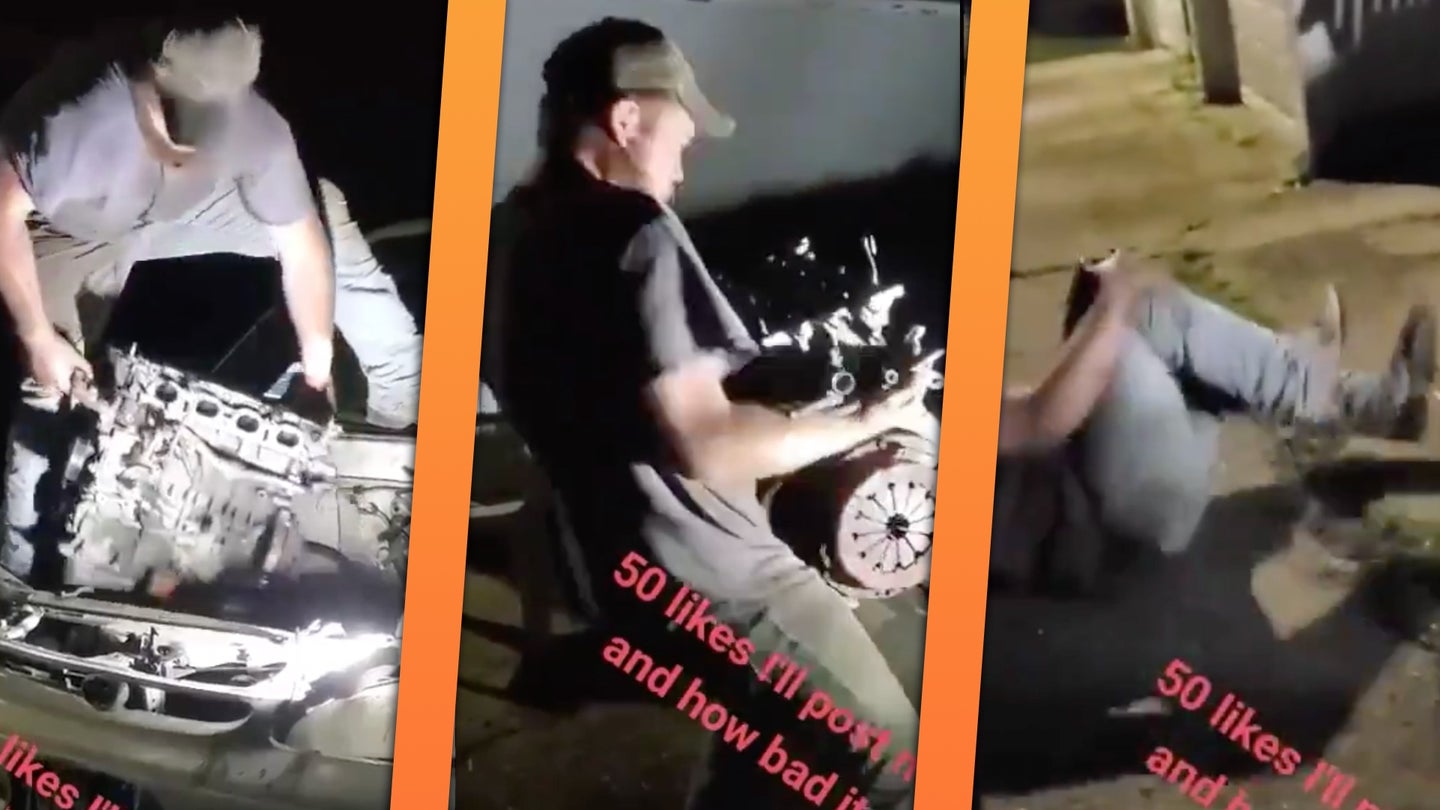 Chris Bennett is one lucky wrencher after dropping a Toyota engine right on his knee, barely avoiding a major leg artery. As a result, I'm here to remind you that if you're going to remove or install an entire block, then an engine hoist is a good idea.

While the beige Toyota's engine looks relatively small, those looks can be deceiving and dropping that many pounds on any part of your body, especially your limbs, can be extremely dangerous. Per the video shared on Tik Tok and Twitter, everything all starts to go wrong once Bennett gets the engine propped up on the front bumper.

He leans back to cradle the weight of the engine as a woman off-screen says, "Lift with your knees!"

Instead, Bennett stumbles backwards, and the engine drops straight on his knee. Ouch.

"The details are—it barely missed my artery by millimeters. It barely missed my bone. I can't move my leg straighter out than what it already is compared to [lifts other leg] that one," Bennett said in a Tik Tok follow-up on his injury. "Doctor said I'm lucky as f**k, but hey! I got the f*****g motor out. The only shitty part was I was f*****g sober."

Sidenote: I must admit that I admire Bennett's commitment to the metric system here.

Tik Tok reportedly kept removing his injury video from the site, which appears to have added to Bennett's frustration. Fortunately, the internet swooped in to capture it and elevate it to viral (if not cautionary) status.

Here's a reminder we'd like to add: please use an engine hoist. Lifting engines may be cool strongman stuff worthy of posting on the internet, but there's no shame in using a tool that can more precisely pluck an engine out while saving your back and other body parts from injury. We care.

Either way, here's wishing Bennett a speedy recovery and safer wrenching sessions in the future. I mean, now that the engine's out, you've got one of the hard parts out of the way.