This "fin fanatic" found something so rare, he had to keep it for himself. 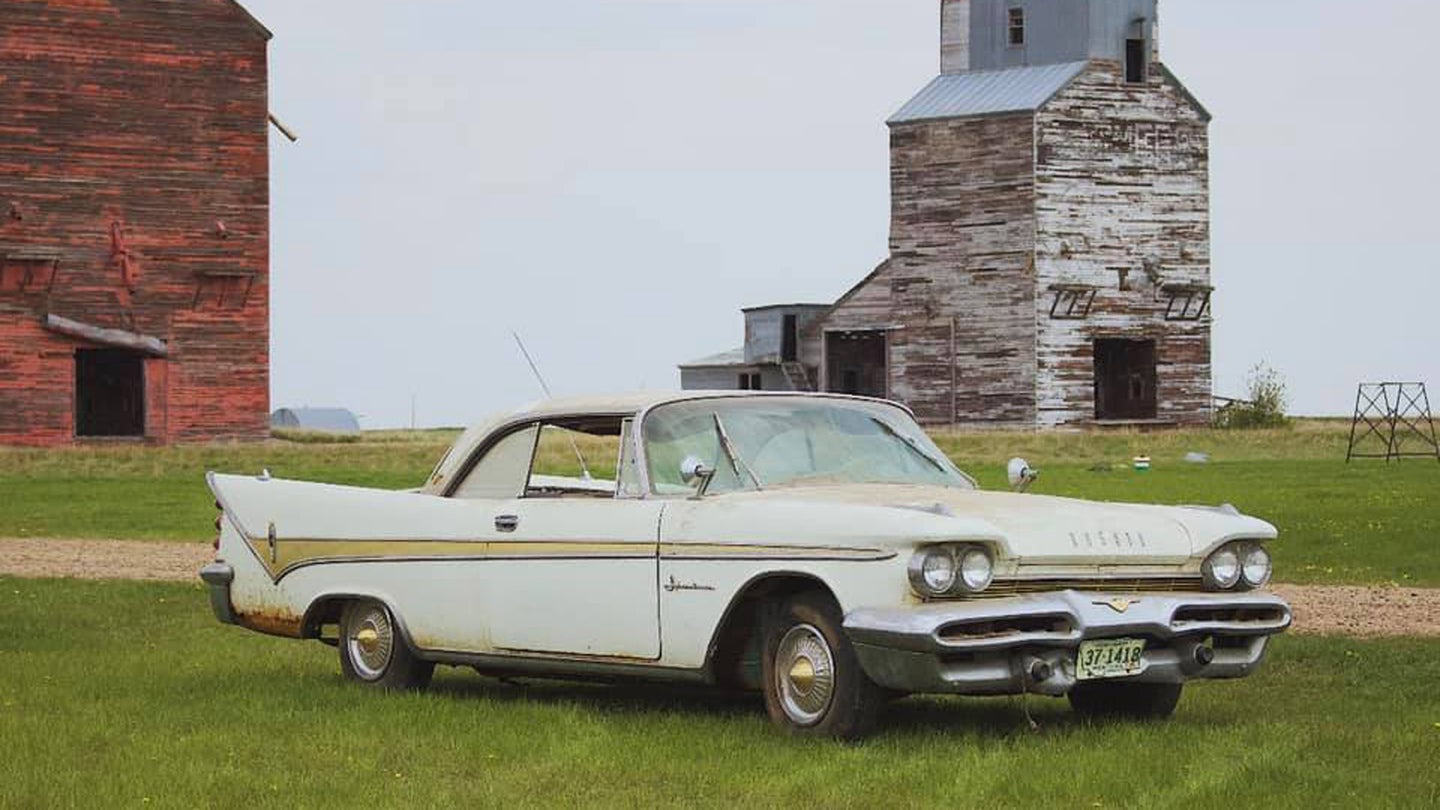 Ryan Richards is the only car guy I know whose life is like a car TV show. He spends his time rescuing 1950s American cars, getting them running, and finding new homes that will actually drive them. Ryan is an old-soul Millennial who considers himself a “Fin Fanatic." He likes all cars, but he loves cars built from 1954 to 1964.

Over the years he has found some pretty rare cars. But like any good treasure hunter, Ryan keeps the best stuff for himself. One of the most recent treasures is this survivor condition 1959 DeSoto Adventurer hardtop—a rare coupe with a classic barn find story.

In October 1958, now-defunct Chrysler brand DeSoto released the new for ‘59 DeSoto Adventurer. This was marketed as a premium four-seater sports coupe. The Adventurer was fully loaded with the most standard features on the DeSoto lineup, except for the record player, which was an option. It was powered by a 383ci Wedge-head V8 sucking down leaded fuel through a set of dual four-barrel carburetors and rated at 350 horsepower.

The new interior feature for ’59 was the swivel-out front seats. The seats literally swivel out like a desk chair to make it easier to hop in. Not even a Rolls Royce could do that. But 1959 witnessed just 687 De Soto Adventurers leave the production line. Of those cars 590 were hardtops and only 97 were convertibles.

The first owner of this particular Adventurer, Ryan told me, was a doctor in North Dakota. Sometime during LBJ’s first presidential term, the doctor handed the keys down to his son. The son started drag racing it in Montana. (Just to note, these DeSotos had push-button TorqueFlite automatic transmissions.)

By 1965 the engine was blown and the son sold the car for 300 bucks to the second owner. He fixed the 383ci V8 and drove it daily. He met and married his wife in this car and was driving it the day he received his draft notice letter in 1968. Before shipping off he parked the DeSoto in a wooden shed. Unfortunately, when he came back, the car didn’t want to start. And with gas prices on the rise, he decided to just leave it in storage. Life’s priorities took over and this DeSoto sat in that shed from 1968 until Ryan dragged it out in 2019.

Ryan drove 24 hours total from Texas to Scobey, Montana to purchase this DeSoto from that same second owner. According to Ryan, the only major mechanical work he had to do was a carb rebuild. The rest has been basic maintenance. Oh, and he replaced the front bumper. The original one was smashed in from hitting a fire hydrant sometime in the 1960s. (The hydrant lost.)

Ryan found a replacement bumper in Oklahoma. Beyond that this De Soto is in remarkable survivor condition. We’re talking Bring a Trailer condition, now. While Ryan's a car-flipper, he doesn't sell them for outrageous prices and looks for the survivors that need a new home. He kept this DeSoto because he knows he'll probably never find another one.

Ryan enjoys taking this car on no-particular-place-to-go cruises or running errands around town. Rare production numbers be-damned. This car has sat long enough to not be enjoyed.

This 1959 De Soto Adventurer lives up the hype that old 50’s American cars are chrome dipped tanks built to last. You can follow Ryan Richards on Instagram and see the findings of his chrome prospecting.