The world just lost a ton of base model Dodge Chargers. 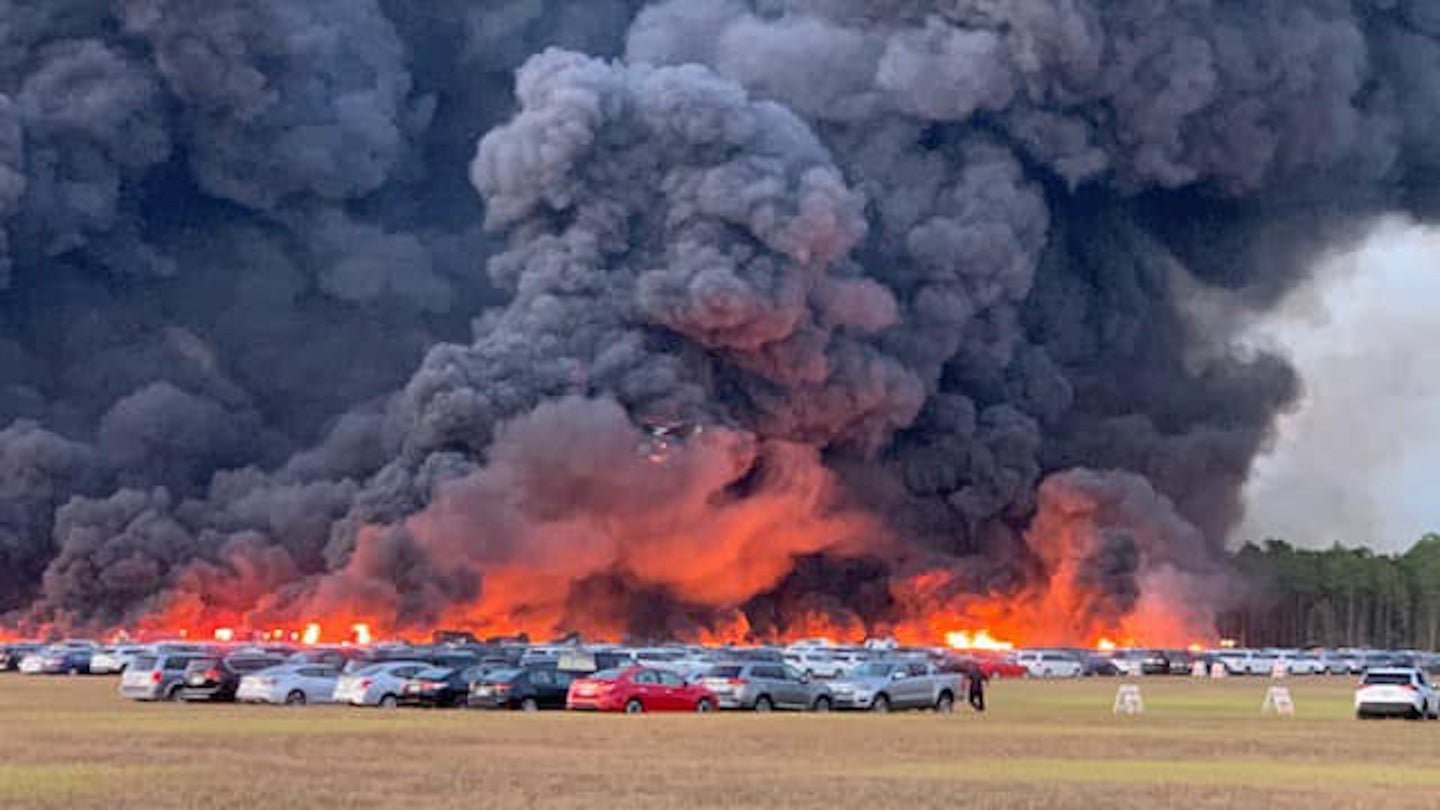 Flames tore through an overflow parking area near the Southwest Florida International Airport on Friday, destroying thousands of rental cars and creating a huge spectacle in the process. Witnesses say they saw and heard multiple small explosions and flames jumping high into the air with showers of sparks. The drama unfolded in broad daylight and was enough to draw people out of their homes to gawk as plumes of black smoke could be seen up to 20 miles away from the Fort Myers facility.

In all, over 3,500 cars were either damaged or destroyed in the fire, according to News-Press. Another 3,850 were spared from the flames, but the whole scene looked like something from an apocalyptic action movie. Luckily for the airport, the lot where the cars were parked is far enough from the terminals that no other damage was reported. The facility's access road was closed, so the few passengers that were traveling on Friday had to be shuttled in from the parking areas.

Though the exact cause is still unknown, conditions were ripe for a fire. The Weather Channel notes that Florida is currently in the middle of a particularly warm and dry season, with record low rainfall and high temperatures in the month of March. Officials say that there were 65 active wildfires across the state as of Sunday morning, and note that every county in the state is under either a moderate or high fire risk warning. The Florida Fire Service said that, even though the blaze was 95 percent contained by Friday evening, they would be returning over the weekend to make sure the dry conditions didn’t spark a second fire.

If you give this incident a second thought, pour one out for all the Chevy Impalas and Dodge Chargers lost in the fire. Sure, they might've all been plain-Jane base models, but they fought the good fight.