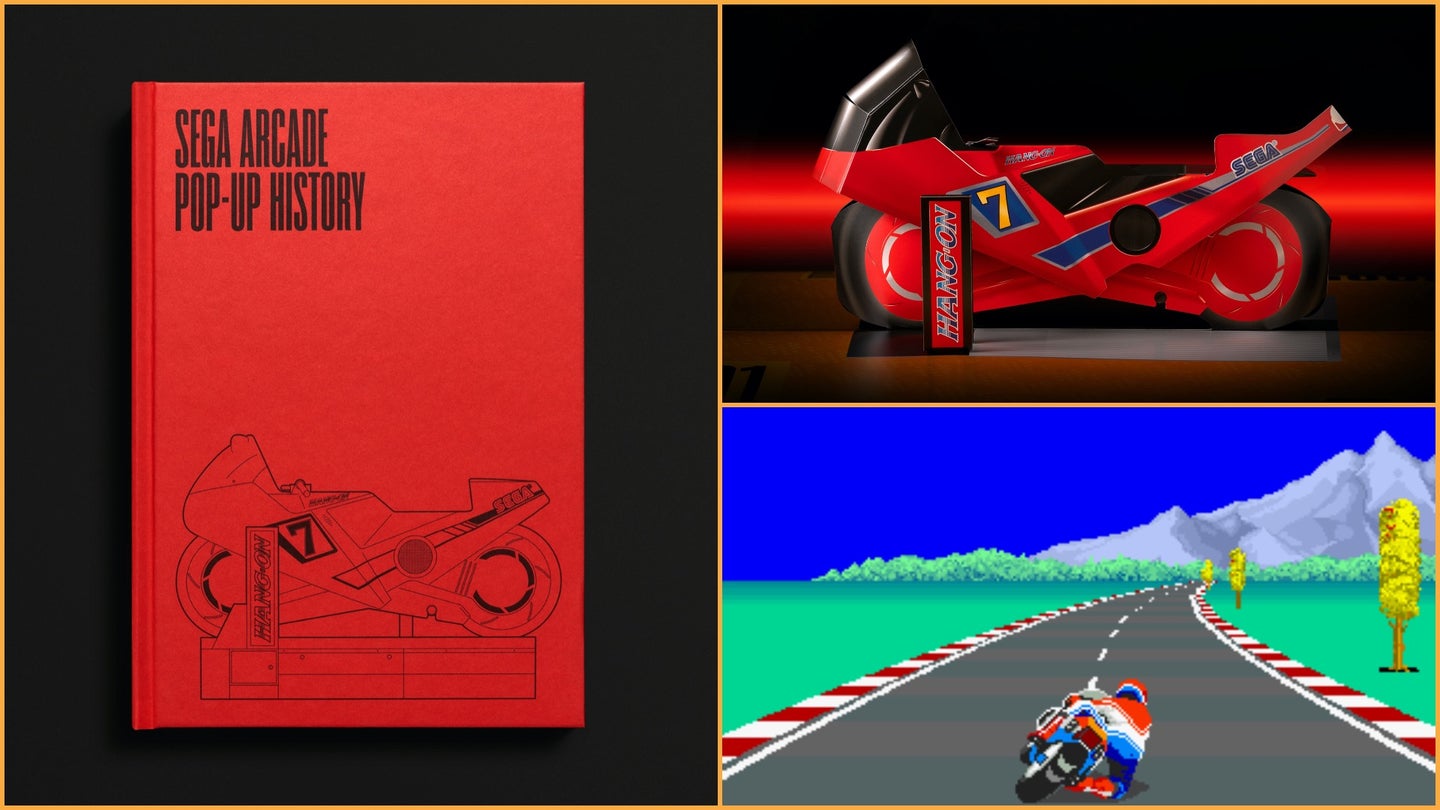 With historic gaming venues closing their doors and authentic arcade cabinets commanding hundreds to thousands of dollars, it's getting harder for those with childhood memories of arcades to reconnect with their formative years. Fortunately, some classic SEGA arcade games will live on—not in the obvious emulators, mind you, but in a neat new pop-up book that features three of SEGA's most notable racing games of the 1980s.

SEGA Arcade: Pop-Up History is an art book on the subject of historic SEGA arcade cabinets fittingly published by ReadOnlyMemory.vg. The six featured titles are noted for their early full-motion feedback systems, sometimes known as "body sensation," whose novelty contributed to a brief resurgence in arcades' popularity after the video game industry recession of the mid-'80s.

While The War Zone's audience may want to know more about the book's sections on Space Harrier, After Burner, and Thunder Blade, the full-motion racing arcade games—some of which you can still find at modern grown-up arcades—are more our can of Arizona. Among them is Power Drift, a relatively little-known karting title, which is remembered as the cream of the 2-D racing game crop despite having a motion feedback system that was difficult to maintain. The simpler Hang-On, a motorcycle racer, was more popular and is credited by SEGA as being one of the titles that helped it hang on after the aforementioned gaming industry crunch.

Probably the best-known title in the book is Out Run, the then-groundbreaking nonlinear racing game starring a Ferrari Testarossa Spider. All Out Run cabinets had steering wheels, pedals, and a manual gearshift, and some sit-down cabinets had a moving seat with speakers in the headrest. It doesn't have much on a modern full-motion sim, but it was a real hoot in 1986.

Copies of the roughly eight-by-twelve-inch book are available through ReadOnlyMemory.vg for about $45 before shipping. It's a fair amount of money for a 32-page book, but it's cheaper than a full evening at an arcade bar, never mind an original SEGA cabinet.

Got time to kill?