Criminals want to enjoy the holiday season too, you know. 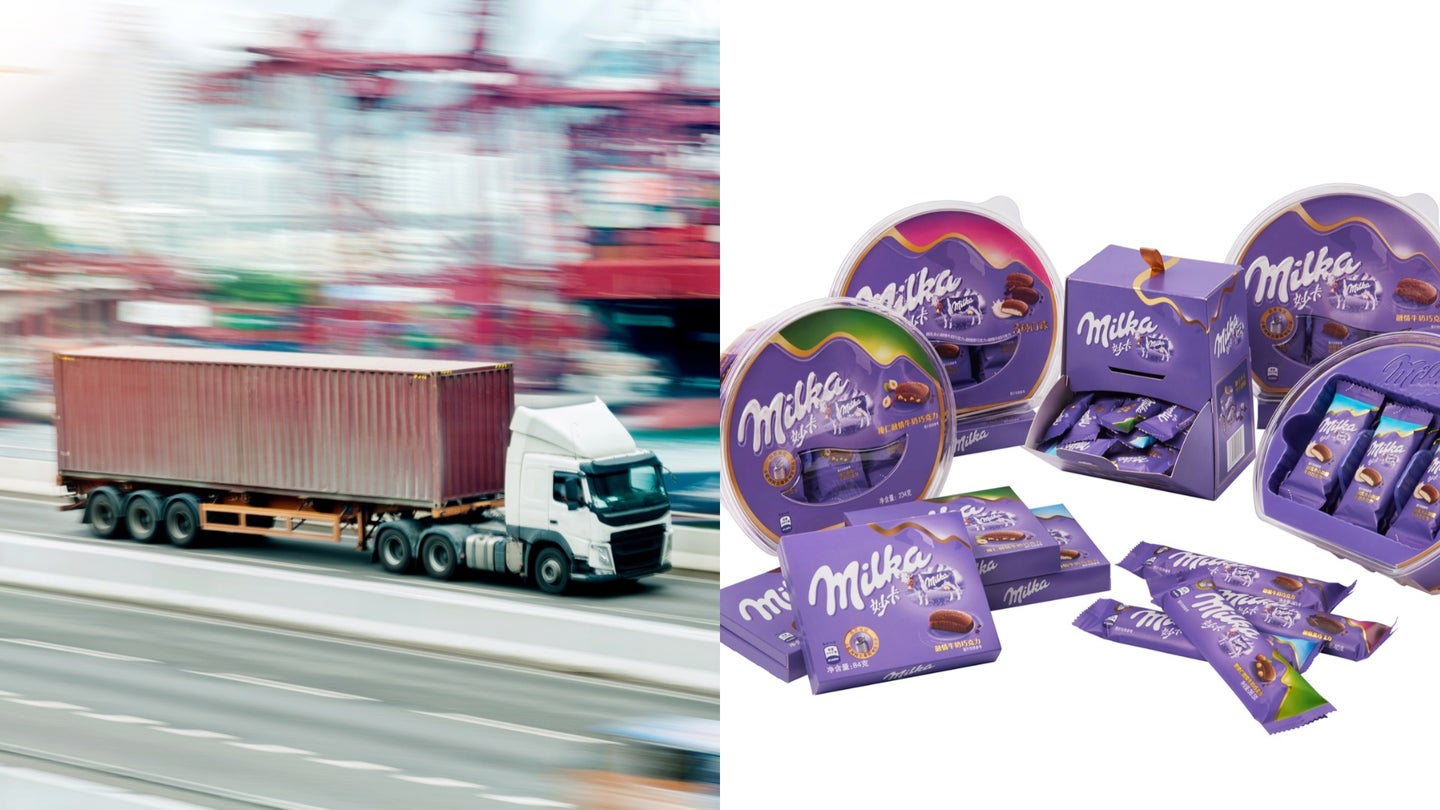 Around 20 tons of European-made milk chocolate and the truck used to steal them are missing according to Austrian authorities, who believe the disappearance to be part of an elaborate candy heist.

According to Kleine Zeitung, an Austrian Milka facility contracted a nearby company to arrange the shipment of 20 tons of chocolate—worth some $55,000—to Belgium. This firm reportedly sub-contracted the job to a Hungarian company, which then reportedly passed it on to a Czech shipper and driver. When a Czech-plated truck and Czech driver showed up to accept the shipment, then, employees saw no cause for alarm.

The truck, however, never arrived at its Belgium destination, prompting authorities to open an investigation. They reportedly discovered that the truck and trailer used in the heist were wearing plates previously reported stolen and that the driver worked at none of the companies involved in the shipping process. Police believe that the thief used forged documents for each step of the theft, leaving law enforcement with few leads.

"In recent years we have seen a number of individual cases where loaded trucks never arrived—also containing chocolate," said an Austrian police spokesperson to DPA.

Chocolate seldom makes headlines at The Drive, as it rarely has wheels and can be driven, but when it does, it's not on our front page without reason. Just shy of a year ago, a German suburb found one of its roads encrusted in a thick layer of chocolate after a storage tank failure at a nearby chocolatier. As no injuries were reported and the road reopened in a matter of hours, that incident's outcome was much better than one involving a rolled chocolate tanker that blocked six lanes of Polish highway.