Here’s a surefire way to turn your daily commuter into a rolling death trap. 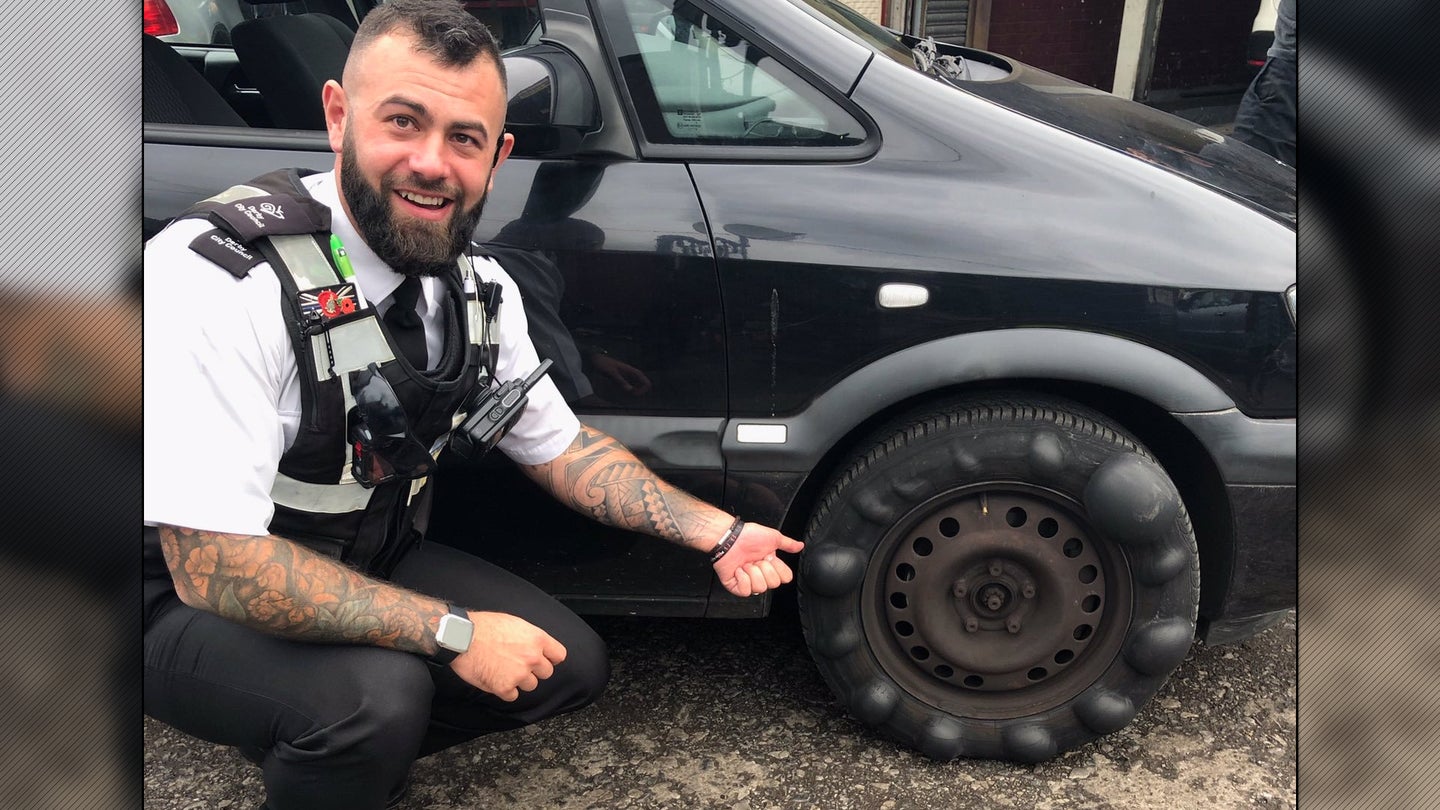 Many people have had the unfortunate experience of tire damage at some point in their life. Typically, this comes in the form of a puncture, but sometimes tire carnage can manifest itself in different ways. Police in Derbyshire, England made a peculiar discovery during patrol on Monday when they noticed a car with a bizarre "bubbly" tire.

Police say that they spotted the car as the driver was dropping off their children at a local school and investigated the tire's strange sidewall. One of the officers addressed the driver of the vehicle and noticed that the tire had 13 sidewall bubbles, all of which varied in size and severity. Some of the larger bubbles showed wear that appears to have been from rubbing against a curb or another foreign object, while others raised the tread of the tire enough to undoubtedly create a vibration inside the vehicle's cabin.

Sidewall bubbles aren't exactly a common type of tire failure when put next to punctures or general wear, though they do occasionally happen. Generally, bubbles form from some sort of physical damage—hitting a curb, running over a pothole, or perhaps overloading the maximum weight rating of the tire. These types of damages can cause a perforation in the tire's inner liner and allow air to rapidly inflate an area of the tire's sidewall.

The officer was able to direct the car to a nearby garage where it was fitted with a new tire, ensuring that not only the driver of the vehicle was safe, but also the motorists who have to share the road with the ex-rolling death trap. Photos of the tire were posted to social media as a gentle reminder to inspect any vehicle one might drive to ensure that it's in safe operating condition before setting off. And if it happens to look like the one posted to Twitter, at least put on a spare.

Regardless of how the tire damage actually occurred, the owner of the car was lucky that police were keen enough to spot the damage before the car had a blowout and left the driver stranded on the side of the road, or worse if the car was traveling at high speeds.

Keep rolling through all four seasons.