3 Automotive Innovations That Came From the Space Program

From Apollo 11 and beyond, thank NASA for these important pieces of tech in and outside your car. 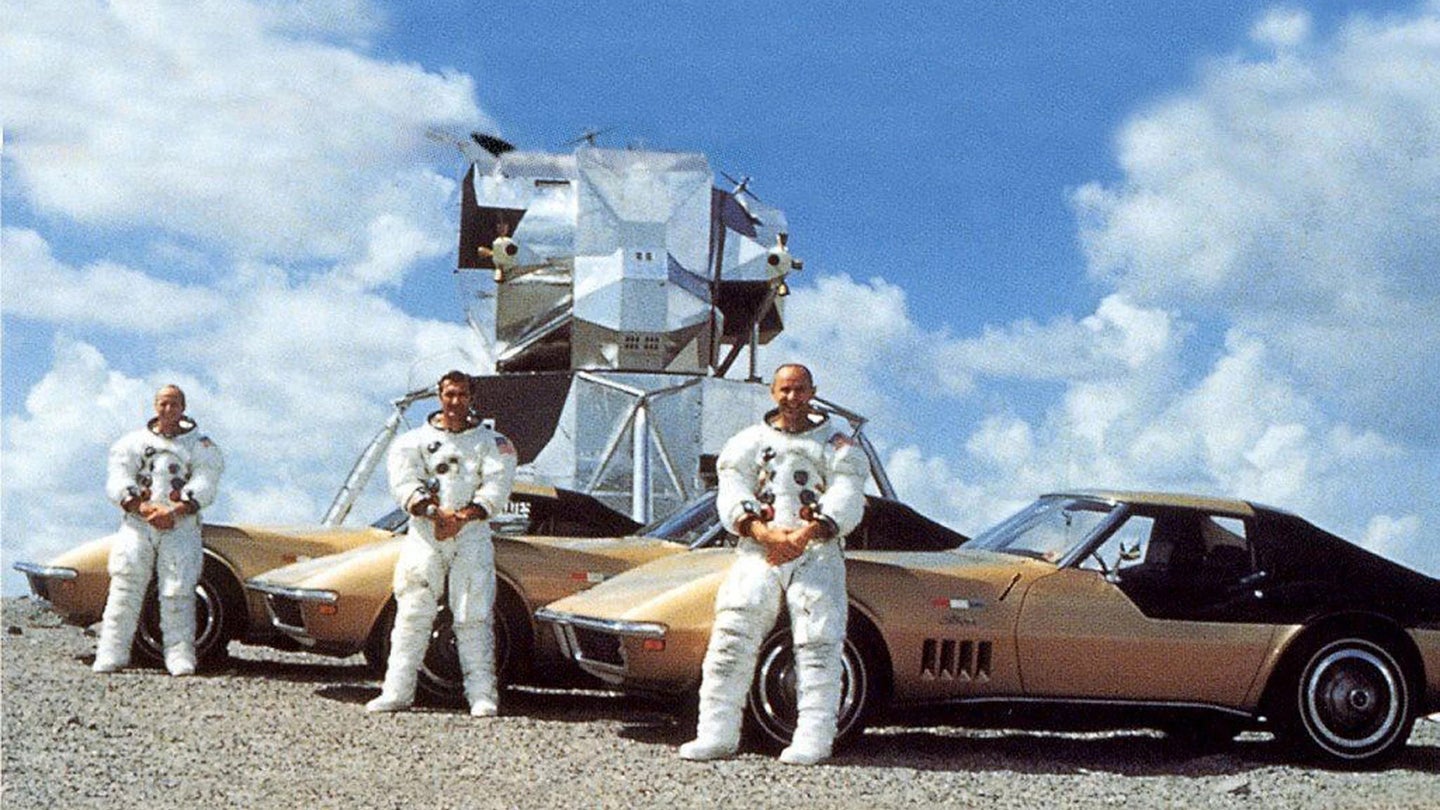 While the Apollo 11 moon landing opened our eyes to the wonders beyond our atmosphere, we often forget the innovations that it, and the 50 years of space exploration since have brought to our day-to-day lives on earth.

From athletic shoes and smoke detectors to invisible braces and cordless drills, the challenges that NASA engineers faced through the space program spawned countless innovations in technology. Although engineers of the time were chiefly concerned with solving the immediate problems facing NASA, it didn’t take long for many of them to see extended applications into the automotive space.

Ideally, a car is never meant to leave the earth, save for a mud-slinging Safari rally, so you might be wondering how many NASA innovations could have possibly made their way into our favorite part of the day—driving. Believe it or not, there are quite a few flight-driven innovations that have found a place in in the automotive world, and no we don’t mean the Saab 900’s marketing campaign. Check out some of the biggest automotive innovations that we have NASA to thank for.

During NASA’s Viking Project in the late 1970s, scientists worked to land the first spacecraft on the surface of Mars. However, before they could achieve this, they needed a way to effectively slow down Lander 1 and 2 while descending to the planet’s surface. Enter: Goodyear Tire and Rubber Company. Under contract from NASA, Goodyear developed a fibrous material five times stronger than steel that would be used to make parachute shrouds.

With Goodyear’s new shroud, both Landers were able to successfully land on Mars in 1976. The company quickly realized that they could integrate that same technology into their road tires. Goodyear soon expanded the technology, going on to produce a new radial tire with a tread life expected to be 10,000 miles greater than conventional radials. Additionally, thanks to the fiber’s chain-like molecular structure giving it an impressive strength-to-weight ratio, the newly designed tires could help reduce unsprung weight in cars, improving fuel economy and handling.

Working to improve safety for aircraft, including the space shuttle during landings, NASA’s Langley Research Center began an extensive research program in the 1960s that developed a method of remedial grooving designed to reduce hydroplaning. Cut into runway surfaces by diamond blades, the transversal grooves functioned as channels for excess water to be forced away from the wheels. In turn, planes experienced better traction and braking ability.

Washington National Airport was the first commercial airport to groove its runways, with hundreds of airports across the U.S., Canada, Europe, and Asia following suit. Simultaneously, Langley scientists introduced their grooving technique to highway safety engineers. Although highways were grooved longitudinally for the sake of time and convenience, studies conducted by the California Division of Highways reported an after-grooving wet weather accident reduction of approximately 85 percent.

Despite receiving a far more ambivalent reception by automotive-enthusiasts than other innovations on this list, drive-by-wire technology is finding increased use as more cars go electric. In the 1970s, NASA developed fly-by-wire to maneuver the Apollo Lunar Module, allowing a pilot to operate the module through electronic signals rather than heavy and complicated mechanical linkages.

The technology first saw extended use in jet fighters and commercial aircraft. However, Scott Bolduc, an auto repair shop manager in Maine, soon began working to bring the system into use for cars.

After a bike accident disabled his friend, Bolduc set out to adapt the technology for disabled drivers. In 1986, Bolduc debuted his first full drive-by-wire automotive system and in the years since the technology has made its way to large-scale automotive manufacturers. The new 2020 Chevrolet Corvette, for instance, makes extensive use of electronic controls in its steering, braking, and transmission systems. While drive-by-wire systems have innumerable benefits including weight savings, easy tuning, improved safety, and better ergonomics, there are still those enthusiasts who are still hesitant to let go of their mechanical controls. They'll come around.