Ever wanted a classic wagon that handles like a vintage Lamborghini tractor? What you need is a 1977 Renault 12 on tracks.

Tank-style off-road tracks have become so common on Nissan's show-cars lately that you start to wonder if they've run out of ideas. It was cool when Subaru did the same exact thing ten years ago and put Ken Block behind the wheel. However, those Nissan show cars have mostly stuck to installing one set of tracks per wheel, which kind of feels like cheating. That's still a car, just with silly wheels! You're not fooling me. And of course, it's still cooler than sub-zero when some madman decides to install meaty all-terrain tracks in his own garage, without the big budget of an OEM looking to distract a couple bros at SEMA.

That brings us to this delightful blue Renault 12 wagon, complete with an exhaust pipe that sticks straight up out the side of the hood where one of its wheels used to be.

Turkish engineer Gökhan's home-built Renault still has just one track per side, just like a tank. Inside, the car has no steering wheel—only levers that control the tracks take its place. There are two brakes (one for each side of the car), which allows the car to turn by braking the side of the car that you want it to steer towards. As the brakes are controlled by levers, there are only two pedals: clutch and gas.

It's worth turning on the English subtitles for this one. Gökhan built the car because he liked to get out in winter, and usually, there's a lot more snow on his high plateau. The tracks were entirely homemade out of iron that was cut, then drilled and welded into shape.

The original engine was left in the car to power it along. The Renault 12 (or Toros, as it was sold in Turkey) was originally front-wheel-drive, but Gökhan added a shaft to transfer power the rear to make it into a rear-wheel-drive machine instead.

But the power really goes to the rear of the custom frame that houses the tracks, which the Renault 12 body sits on top of. Two gears at the rear of each track power them, and three tires on each side help move everything along.

The ride isn't all that smooth inside, as show host Doğan Kabak discovers. But who cares? You're driving a Renault 12 like you'd drive a tank.

Best of all, the builder doesn't even have social media—he did this for his own fun. Others have had to tell him that photos of the car went crazy on networks like Instagram. The Internet loves this car, and I love builds done for the fun over the 'Gram every time. 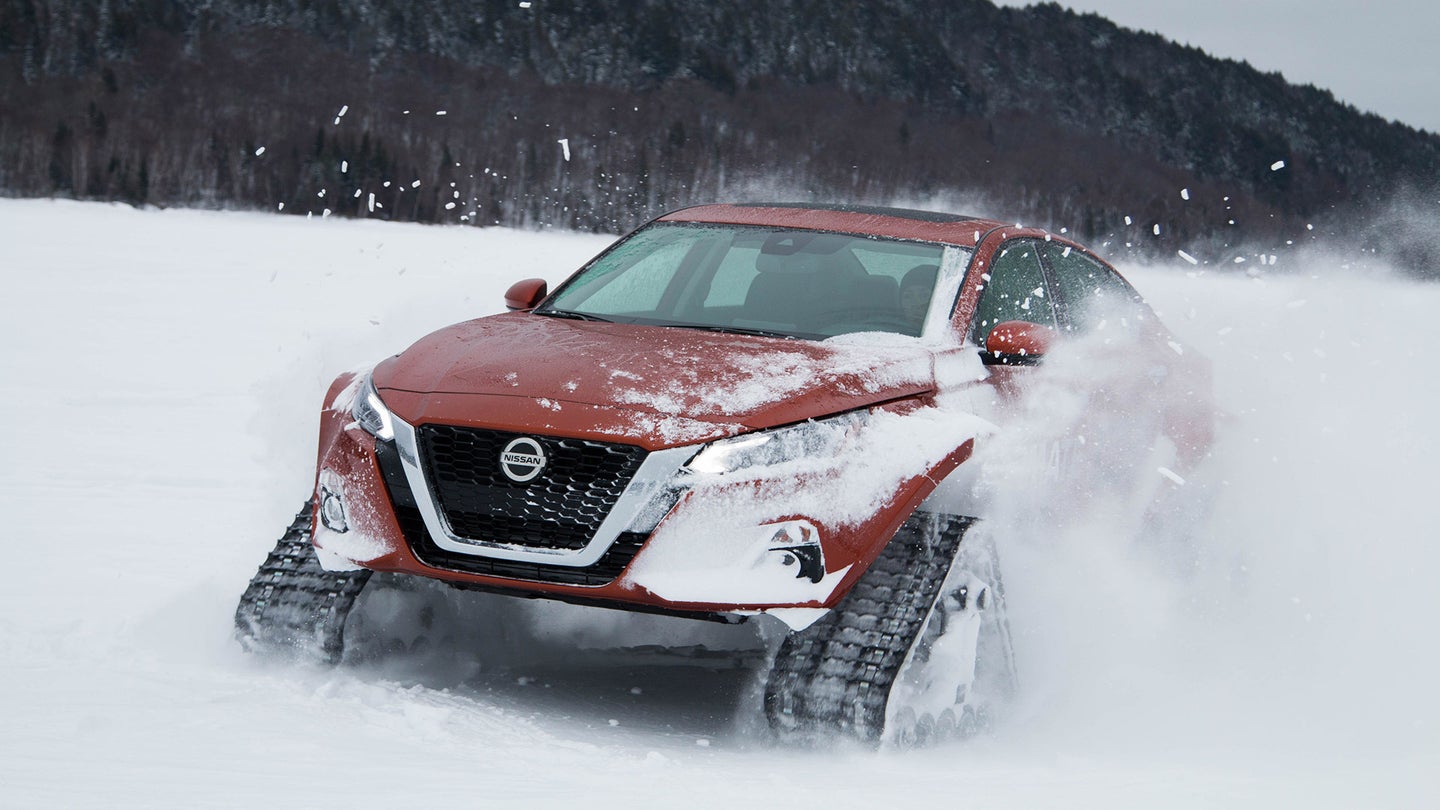 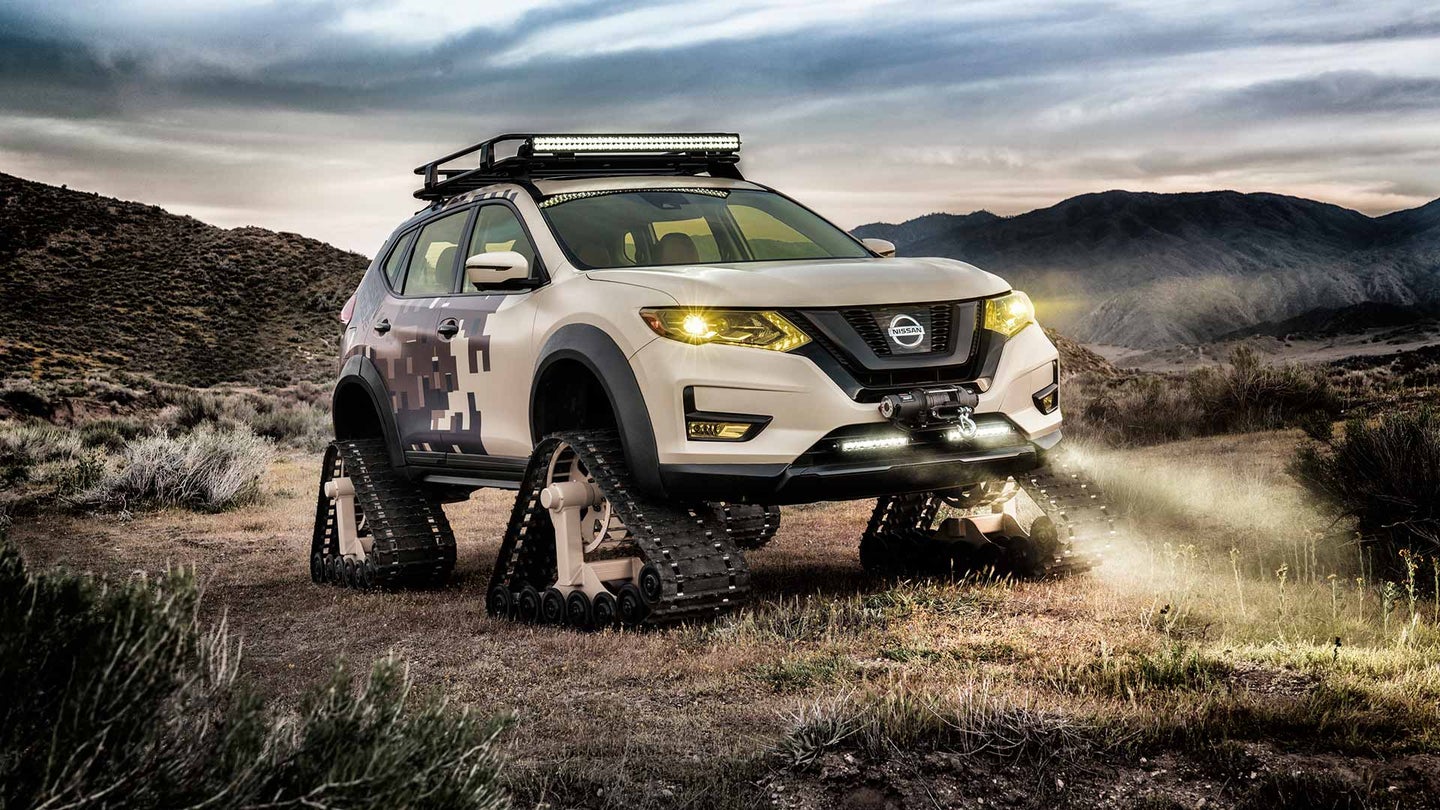